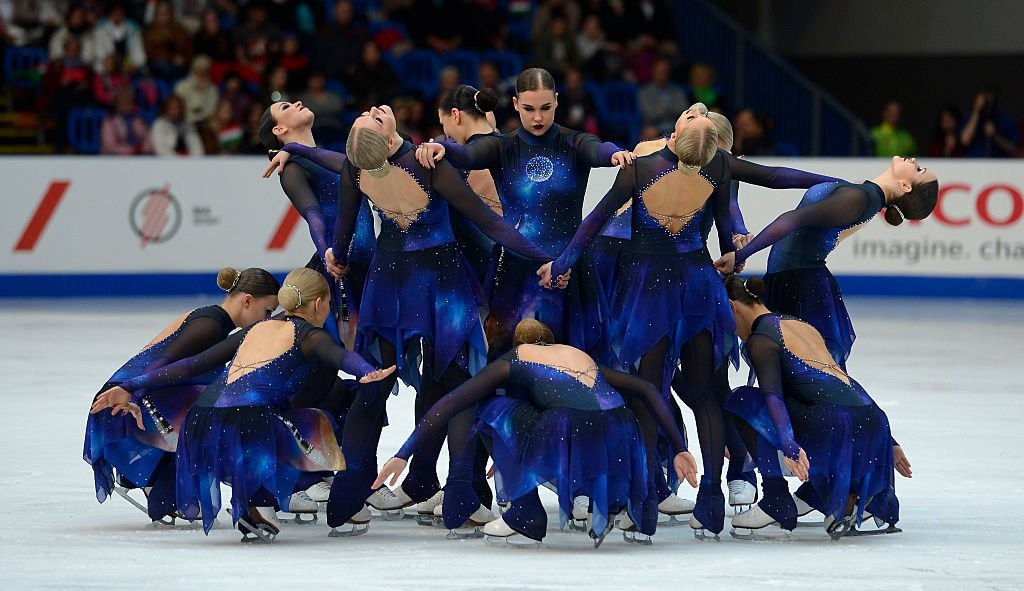 But the Russians - whose previous victories came in Budapest two years ago and then in Colorado Springs - will face tough opposition at the 19th edition of an event involving teams of 16 skaters.

Originally called precision skating, synchronised skating was introduced in the 1950s and has been proposed by the ISU for the 2022 Winter Olympics in Beijing.

The most likely challengers to Team Paradise when competition is due to get underway tomorrow at the Ericsson Globe Arena with the short programme will be two Finnish teams - world silver medallists Marigold Ice Unity and 2013 world champions Team Unique.

World bronze medallists Nexxice, from Canada, will also expect to be in serious contention.

A total of 25 teams representing 20 ISU members have been entered in all.

The event is being held for the first time in Stockholm and for the third time in Sweden.

Finnish teams have been dominant, winning 22 medals, including eight golds since the inaugural Championship in 2000.

Other contenders include multiple world bronze medallists Haydenettes, from the United States, Les Supremes, from Canada, and Sweden's multiple world champions Team Surprise, who are counting on home support to help them achieve their first podium finish in six years.

The Skyliners, from the US, Team Berlin 1, from Germany, Team Tatarstan, from Russia, and another Swedish outfit making a comeback, Team Boomerang, could also challenge.