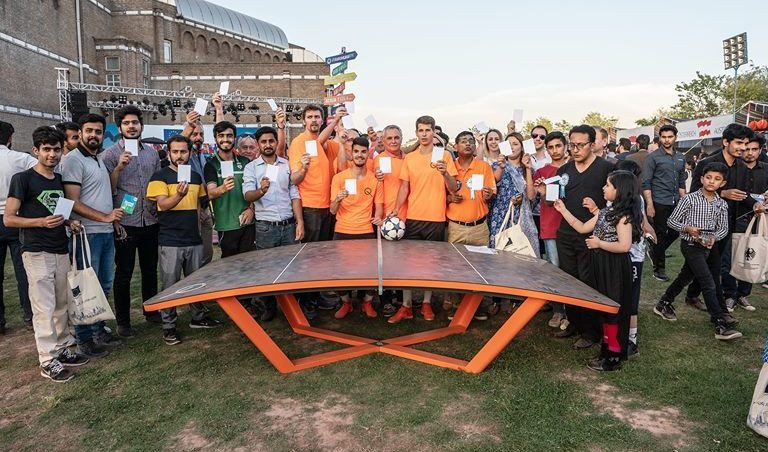 The International Teqball Federation (FITEQ) has donated two tables to EuroVillage in Islamabad to help mark International Day of Sport for Development and Peace.

FITEQ joined forces with charity Peace and Sport to organise the event in Pakistan with the help of the Hungarian Embassy.

During the event, local citizens were given the opportunity to try out teqball, a cross between football and table tennis and a sport which recently celebrated the second anniversary of its founding.

Afterwards, it was announced the National Teqball Federation of Pakistan had been launched.

On the eve of the demonstration of teqball in EuoVillage, Szabó had held a special event in the garden of the Hungarian Embassy in Islamabad to introduce a number of local officials to the sport.

Following the event in Eurovillage, where white cards were raised to demonstrate participants' commitment to using sport to help bring peace, FITEQ announced it would donate two tables to Pakistan.