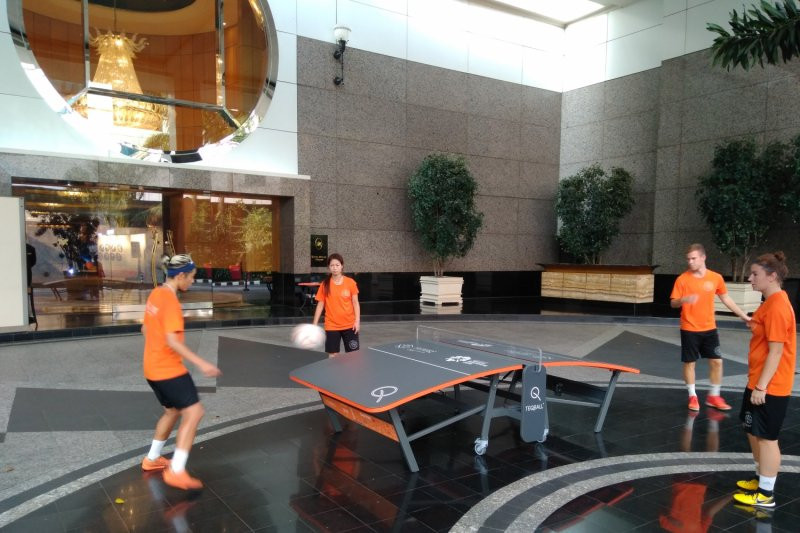 Teqball is set to make its debut in a major multi-sports event after being added to the programme for next year's Asian Beach Games in Sanya.

The decision to add the fledging football-based sport, played on a curved table, to the programme in the Chinese resort was announced during the 38th Olympic Council of Asia General Assembly by its President Sheikh Ahmad Al-Fahad Al-Sabah here today.

Sheikh Ahmad revealed teqball, only invented in Hungary five years ago but which is already popular with some of the world's top footballers, including Lionel Messi, would be added to the Games along with karate and Muay Thai.

They will join 16 other sports announced by the Chinese organisers.

They include, for the first time since the Games' debut in 2008, motorboat.

Coastal rowing, among the initial group of seven sports announced by the OCA and Sanya 2020, has been replaced by dragon boat.

Surfing and beach wrestling complete the programme for the sixth edition of these Games since they first took place at Bali in 2008.

Following the decision to include it at Sanya 2020, the International Teqball Federation launched a development programme to help countries prepare for its debut at the Games due to take place between November 28 and December 6.

Teqball had been officially recognised by the OCA at its General Assembly in Jakarta last August.

"Let's curve the world together with Asia."

Yesterday, insidethegames had revealed that teqball is due to appear as a demonstration sport at this year's African Beach Games in Sal in Cape Verde and the African Games in Rabat.