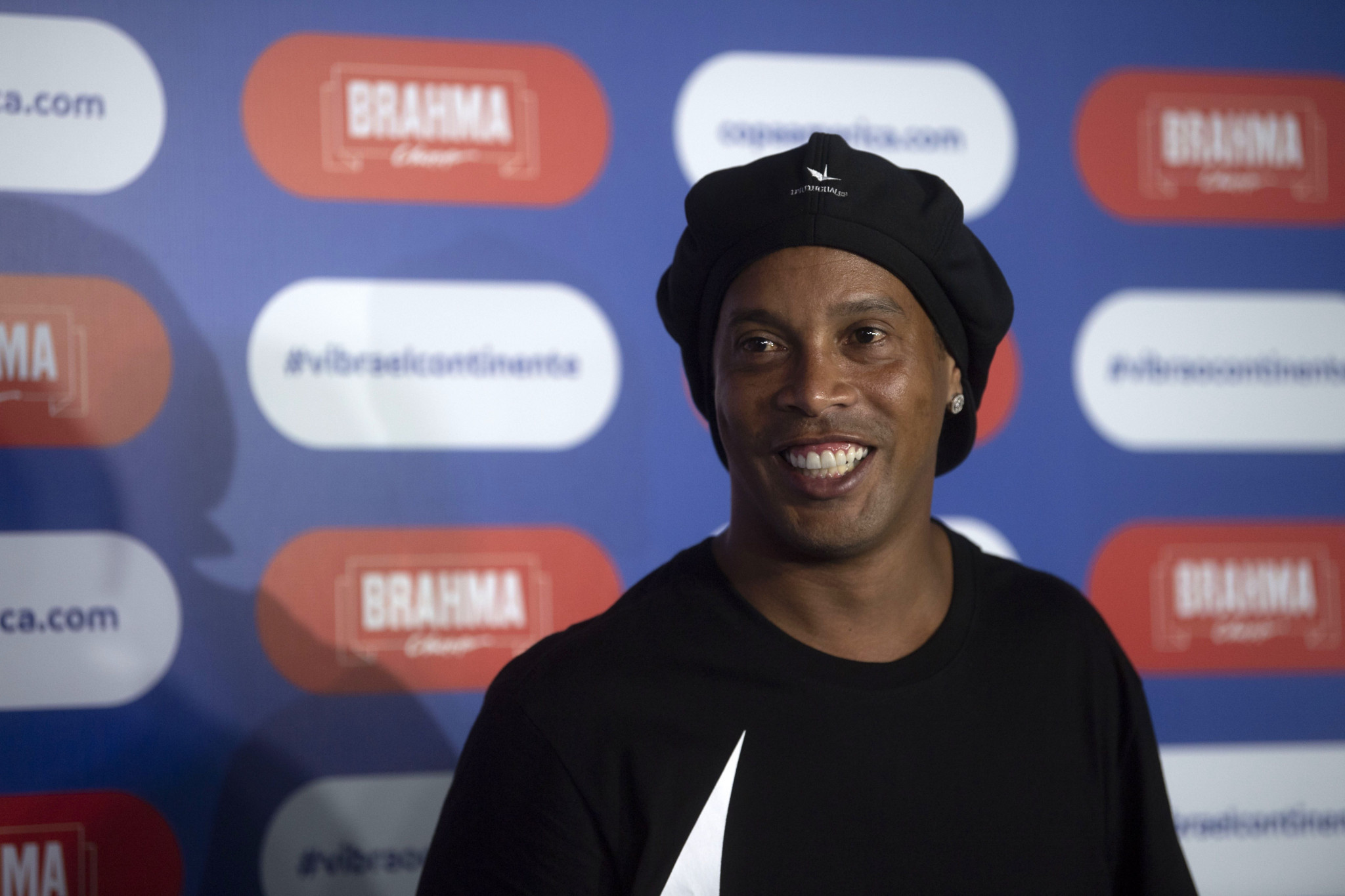 The 38-year-old former Ballon D'Or winner has signed a formal partnership agreement with the sport, a cross between football and table tennis, meaning he will take part in a series of worldwide teqball events to raise the sport's profile.

He joins Arsenal legend Robert Pirès, former Arsenal, Chelsea and Tottenham defender William Gallas and Portugal's Simão Sabrosa on the list of retired professionals to have backed the sport.

Ronaldinho, whose full name is Ronaldo de Assis Moreira, is considered one of the greatest footballers of all-time and played for clubs including Barcelona, AC Milan and Paris Saint Germain during his career.

While playing for Barcelona he became revered worldwide for his incredible skills, helping the Spanish giants win La Liga twice and the UEFA Champions League in 2006.

He also won the FIFA World Cup with Brazil in 2002.

Speaking of his partnership agreement, the Brazilian said he plays the sport a lot and that he wants to see it enter the Olympic Games, even suggesting he might compete if it were to gain inclusion.

"I have been playing teqball for a long time," he said.

"I love the technical aspect of it and how it helps improve your football skills.

"I'm looking forward to working with teqball to help grow interest in the sport and hope it's soon included in the Olympics because then I might have a chance to become an Olympic champion."

Since the sport's creation in Hungary’s capital Budapest just five years ago, the governing body claim it has spread to more than 42 countries worldwide.

The sport's signature curved tables are now a common feature at the training grounds of many of the world’s top clubs, including Arsenal, Real Madrid, Barcelona and Manchester United.

"Ronaldinho has been a friend of teqball for a long time and one of the first to truly showcase the potential of the sport using his own table on social media," teqball co-founder Viktor Huszár said.

"He was the obvious choice for us having displayed unmatched skills and flare as a player and winning the hearts of fans the world over.

"We're proud to have Ronaldinho as a partner and believe he can help us to reach even more people around the world, promoting the benefits of teqball to people of all ages and abilities."