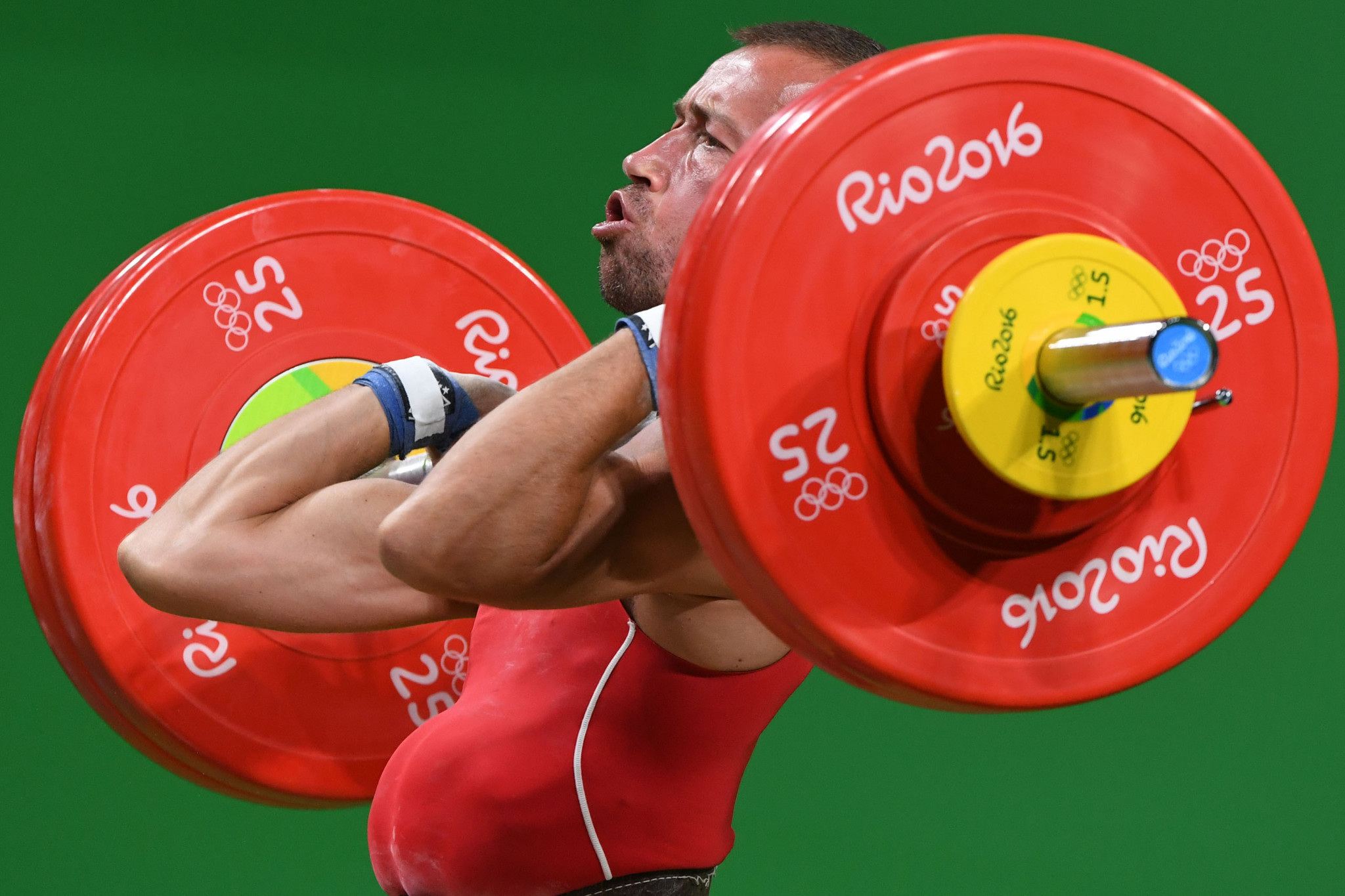 Weightlifters from across Europe feel they are victims of an “outdated” data system at the World Anti-Doping Agency (WADA) after being barred from competing at the European Championships, which start in Batumi, Georgia today.

The International Weightlifting Federation (IWF) says complaints about technical problems are not an acceptable excuse, however, and warns athletes could miss Tokyo 2020 if they do not keep their whereabouts information up to date.

From an original European Championships entry list of 401, more than 10 per cent have been told they cannot compete – 41 lifters from 18 nations.

The IWF has excluded lifters from Olympic qualifying competitions in Asia and the Americas, too, in the past few months.

At the IWF World Championships in Ashgabat, Turkmenistan in November more than 70 lifters were barred for failing to log their whereabouts on WADA’s database, which is used by doping testers.

The IWF makes the eligibility rules, but the data system they use is managed by WADA.

The global anti-doping body launched ADAMS (Anti-Doping Administration and Management System) in 2005 and many athletes complain it is years out of date, too complicated and frequently crashes.

Another complaint is that nations without full-time administrators – of which there are many among the 19 who have lost team members in Batumi – cannot monitor their athletes adequately.

A WADA spokesman said there had been no official complaints about ADAMS from weightlifters entered for the European Championships, but WADA was aware of athletes’ difficulties and was carrying out “a major overhaul” of the system.

It is believed that nations which have had lifters excluded come from all parts of the continent – Scandinavia, central Europe, the Mediterranean, the former Soviet Bloc and the Balkans.

Some of the barred athletes travelled to Georgia unaware that they had a problem, according to a source involved in the exclusion process, who said there were many complaints of system malfunctions and athletes being unable to log in to ADAMS.

There have also been complaints on social media recently from cyclists in Denmark, Belgium and Germany, British track and field athletes and a German triathlete.

A Belgian decathlete said ADAMS was technologically “stuck in the nineties”.

Tom Goegebuer, the Belgian who competed at the Olympic Games four times, supports the IWF’s tough stance and agrees with the governing body’s “rules are rules” attitude.

But Goegebuer, who sits on the IWF’s Clean Sport Commission and has played his part in the clean-up of weightlifting, said: “It’s right that we kick out the cheats but it’s not right that we have lost so many innocent athletes.”

Belgium was one of the nations that lost an athlete in Batumi.

“I’m angry that this system is not better, that the global software of ADAMS is not user friendly,” he said.

“I first used ADAMS in 2006 and now it looks the same, with the difference that it takes longer to log in.

“Things change so fast in the world of informatics, of software – ADAMS should get better over time but it doesn’t.”

The IWF frequently issues warnings to athletes about updating their whereabouts information, and imposes strict deadlines.

All athletes on the International Registered Testing Pool (IRTP) must submit their whereabouts information on ADAMS, on a quarterly basis throughout the year.

The deadline for the second quarter was last weekend – Sunday, March 31.

Any lifters who are not in the testing pool but who want to compete at IWF events have to provide whereabouts information for at least two months before a competition and any who miss that deadline, even by a day, are ruled ineligible.

After the World Championships exclusions, Attila Adamfi, director general of the IWF, said: "The IWF is determined to protect clean athletes by not only introducing tough rules, but also strictly enforcing them.”

On the Batumi situation he said: “We are sad that, despite our several reminders, 41 athletes are not eligible to compete at the European Championships.

“It is possible some athletes will miss the Olympic Games because of not submitting their whereabouts information.

“We know the system is not perfect but to say ‘I had a technical problem’ is not an excuse we can accept.”

One prominent member of a national federation that had lost a team member because of problems with ADAMS said: “The IWF is treating the system in a very black and white way and it has caught a lot of nations by surprise.

“They are clearly sending a message and it has certainly been received loud and clear here.”

A spokesman for WADA said: “If athletes experience difficulties with any part of the process of filing whereabouts information, there are a number of simple alternatives open to them.

“In those cases, the relevant International Federation or National Anti-Doping Agency would notify WADA of this.

“We can confirm we have not received any such notification in this case (the European Championships exclusions).

“As regards the system, we are aware some athletes have experienced difficulties with elements of the whereabouts app.

“WADA is committed to delivering a much-improved app as quickly as possible.

“To that end, we are in the final stages of a major overhaul of ADAMS and have been liaising closely with athletes and all other stakeholders in that regard.

“The intention is that ‘ADAMS – Next Gen’ will be rolled out in a phased way, starting with the athletes’ whereabouts app, which is undergoing user testing.”

Meanwhile, two new doping violations, by lifters from Thailand and Russia, have been announced by the IWF.

Witsanu Chantri, a 22-year-old who competed at the Asian Games and IWF World Championships last year, has tested positive for anabolic steroids, thus becoming Thailand’s 12th doping violation announced in the past 15 weeks.

Because of the doping scandal, Thailand has voluntarily withdrawn from international competition and will not compete at Tokyo 2020.

The other suspended athlete is Nadezhda Lomova, a 28-year-old who won a European Championships silver medal five years ago but who has rarely competed since.

Lomova, who was not in Russia’s team in Batumi, is her nation’s 31st positive since the Beijing Olympic Games, although all but three of those violations were committed between 2008 and 2015.