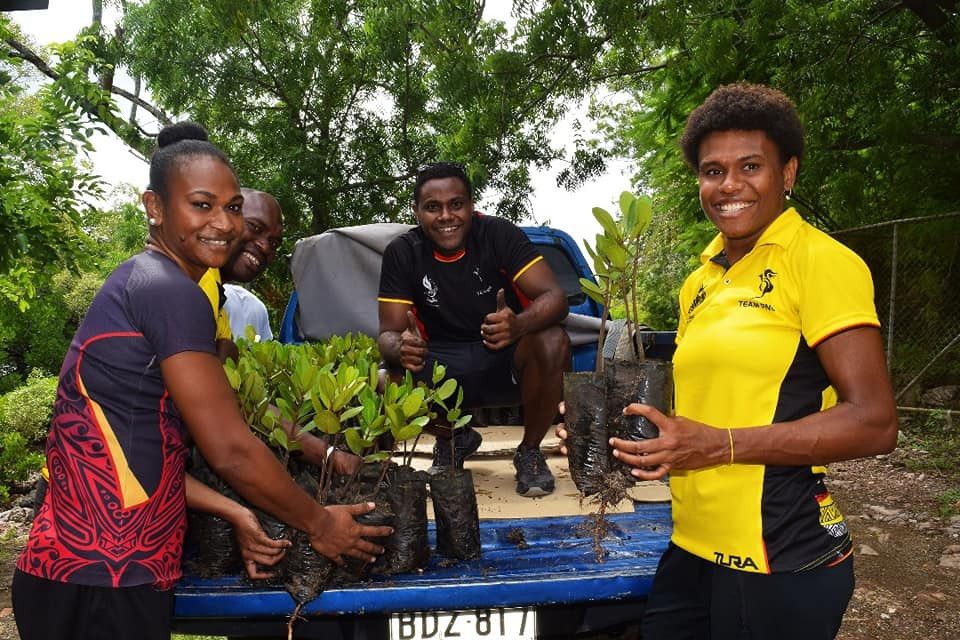 The Papua New Guinea Olympic Committee (PNGOC) held a tree planting ceremony to celebrate 100 days to go until the Pacific Games in Samoa.

Mangroves were planted by PNGOC officials, which according to news website Loop, was done to encourage athletes to be responsible citizens, as well as sporting champions.

"You are the ones that will have to take the message back to your community and tell them about not throwing plastic bags into the sea, and as much as possible, try to use things that are biodegradable," Papua New Guinea Chef de Mission Emma Waiwai told the athletes.

"You athletes, don’t forget, you are very influential."

Two months ahead of the Games, due to take place between July 7 and 20, Papua New Guinea will hold a team bonding event in Port Moresby allowing the athletes to get to know each other whilst featuring "orientation activities".

The team are scheduled to travel to Apia in Samoa on July 4.

Papua New Guinea hosted the last Pacific Games in Port Moresby in 2015, when they finished top of the medals table with 87 golds, 70 silvers and 61 bronze medals.