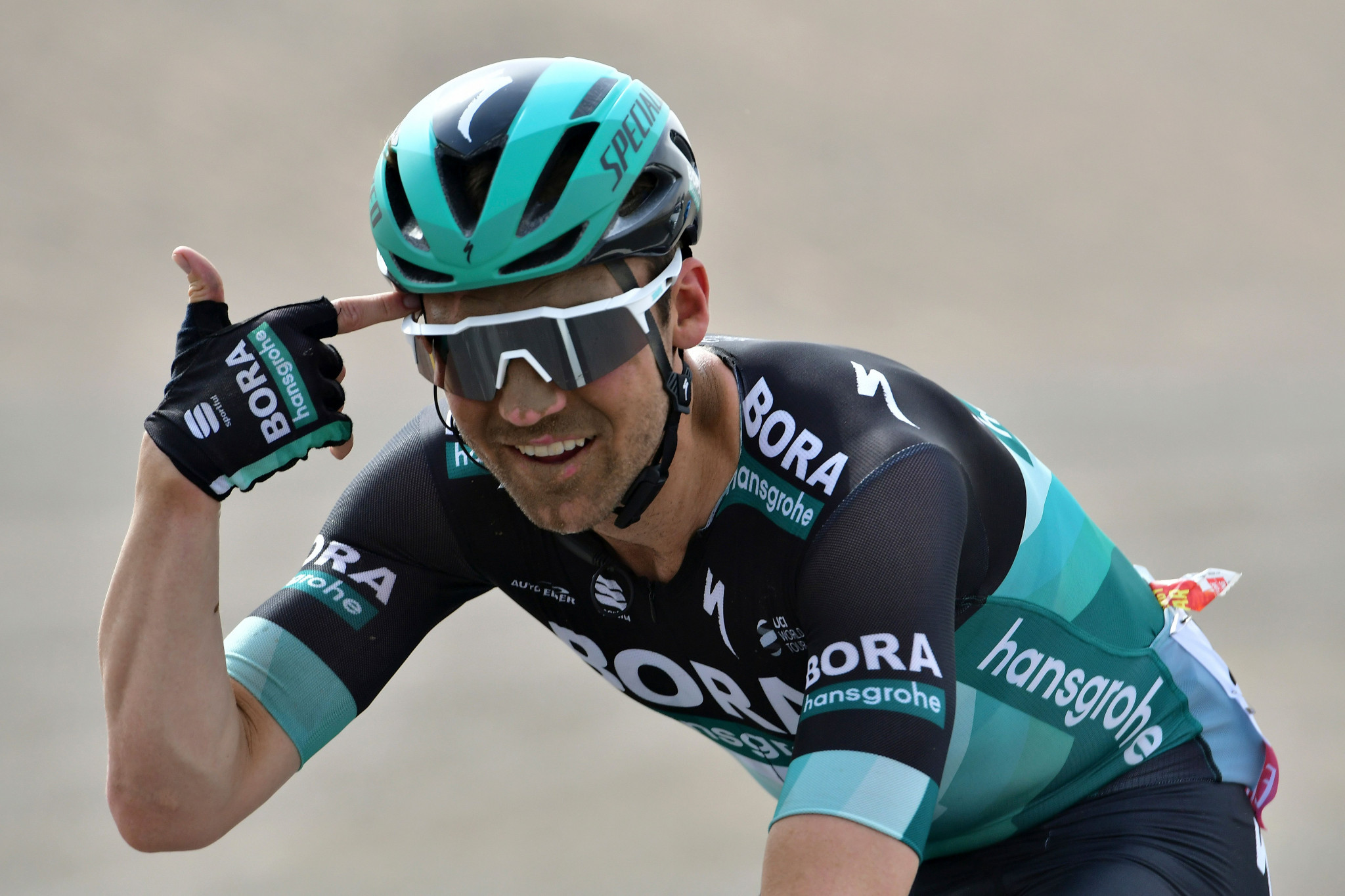 Germany's Maximilian Schachmann celebrated victory on the fifth stage of the Volta a Catalunya after attacking from a breakaway group.

The route featured several early climbs, but had several lengthy downhill sections which aided the breakaway in their attempts to stay clear.

The quartet held a lead of nearly one minute over the main field with around 10km left to race, with the ever-decreasing advantage prompting Schachmann to launch a solo bid for victory.

The Bora-Hansgrohe rider was rewarded for his effort as he held on to claim the stage win in a time of 4 hours, 25min and 45sec.

A bunch sprint followed the peloton, with Australia's Michael Matthews ending second at 13 seconds down.

The Astana Pro Team rider has a 14 second lead over Britain's Adam Yates, while Colombia's Egan Bernal is a further three seconds down.

Tomorrow's stage will see riders travel 169km from Valls to Vila-Seca, before the 143km final stage on Sunday (March 31) in Barcelona.

Czech Republic's Zdenek Stybar triumphed from a six-man group at the close of the race, having benefited from excellent work from his Deceuninck-QuickStep team-mate Bob Jungels of Luxembourg.

Stybar proved the fastest of the finishers as the Czech rider won a reduced sprint to triumph in 4:46.05.

Belgium's Wout van Aert and Greg van Avermaet completed the top three on the same time as the winner.