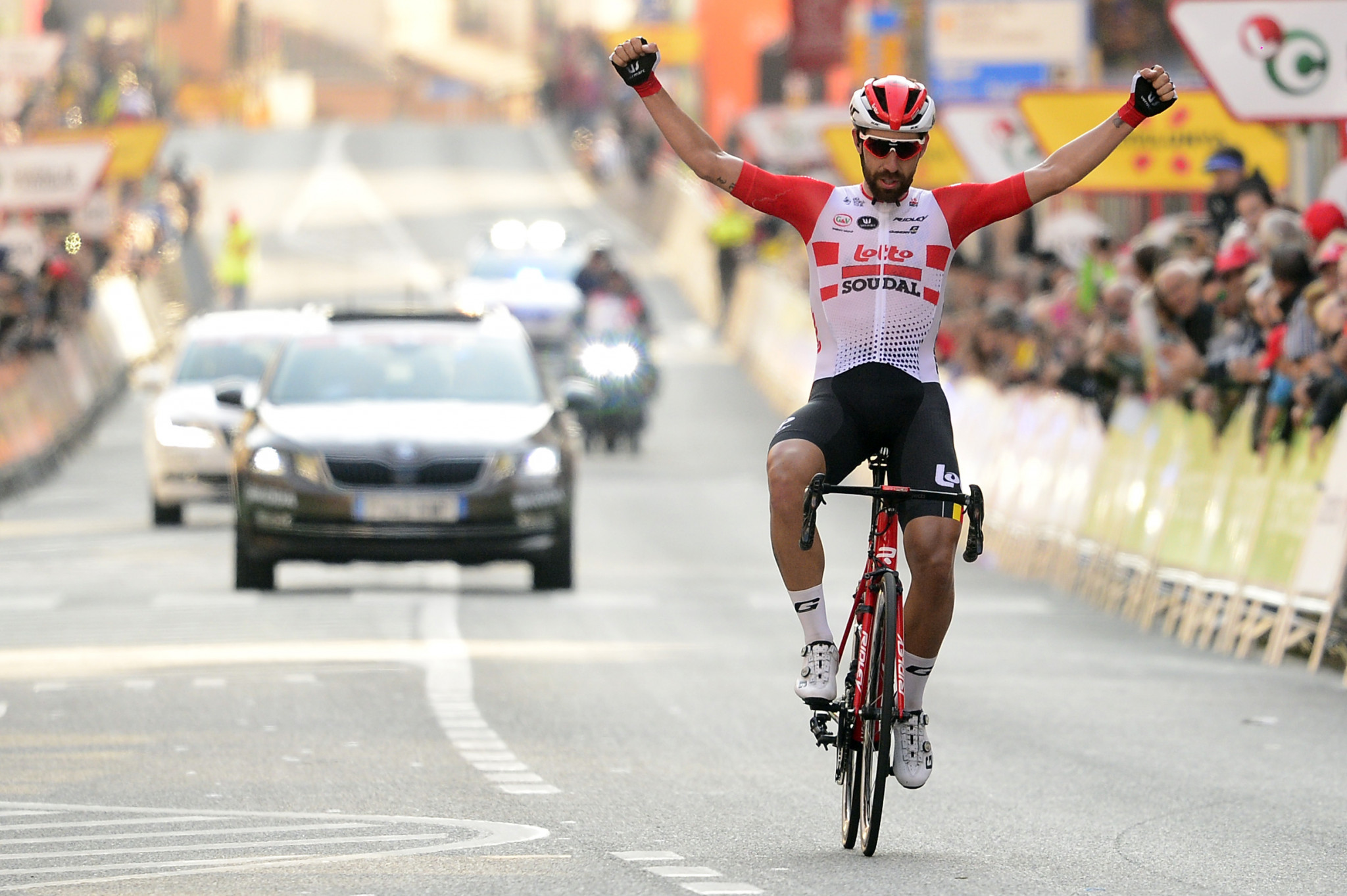 Belgium’s Thomas De Gendt produced a superb solo performance to win the opening stage of the Volta a Catalunya.

The Lotto Soudal rider formed part of a small breakaway group at the start of the 164 kilometres stage in Calella.

De Gendt opted to attack solo from the group with 60km emaining of the stage, despite still facing ascent of the Coll Formic and Collsacreu.

He held a lead of over three minutes after the two category climbs, giving him a comfortable cushion heading into the near 15km descent to the finish in Calella.

De Gendt crossed the finish line in a winning time of 4 hours 14min 32sec to take the first leader’s jersey of the race.

The Belgian also secured the king of the mountains jersey.

Germany’s Maximilian Schachmann finished second on the stage 2min 38sec behind the winner.

Having received 10 bonus seconds for the stage win, De Gendt leads the early general classification by 2:48 from Schachmann.

The second stage of the International Cycling Union WorldTour race is due to see riders tackle a 166.7km route from Mataró to Sant Feliu De Guíxols.

A strong field is contesting the 99th edition of the seven-stage race, including Spain's three-time winner and reigning world champion Alejandro Valverde, who lies fourth after the opening day.

De Gendt’s early advantage could provide food for thought for the favourites.