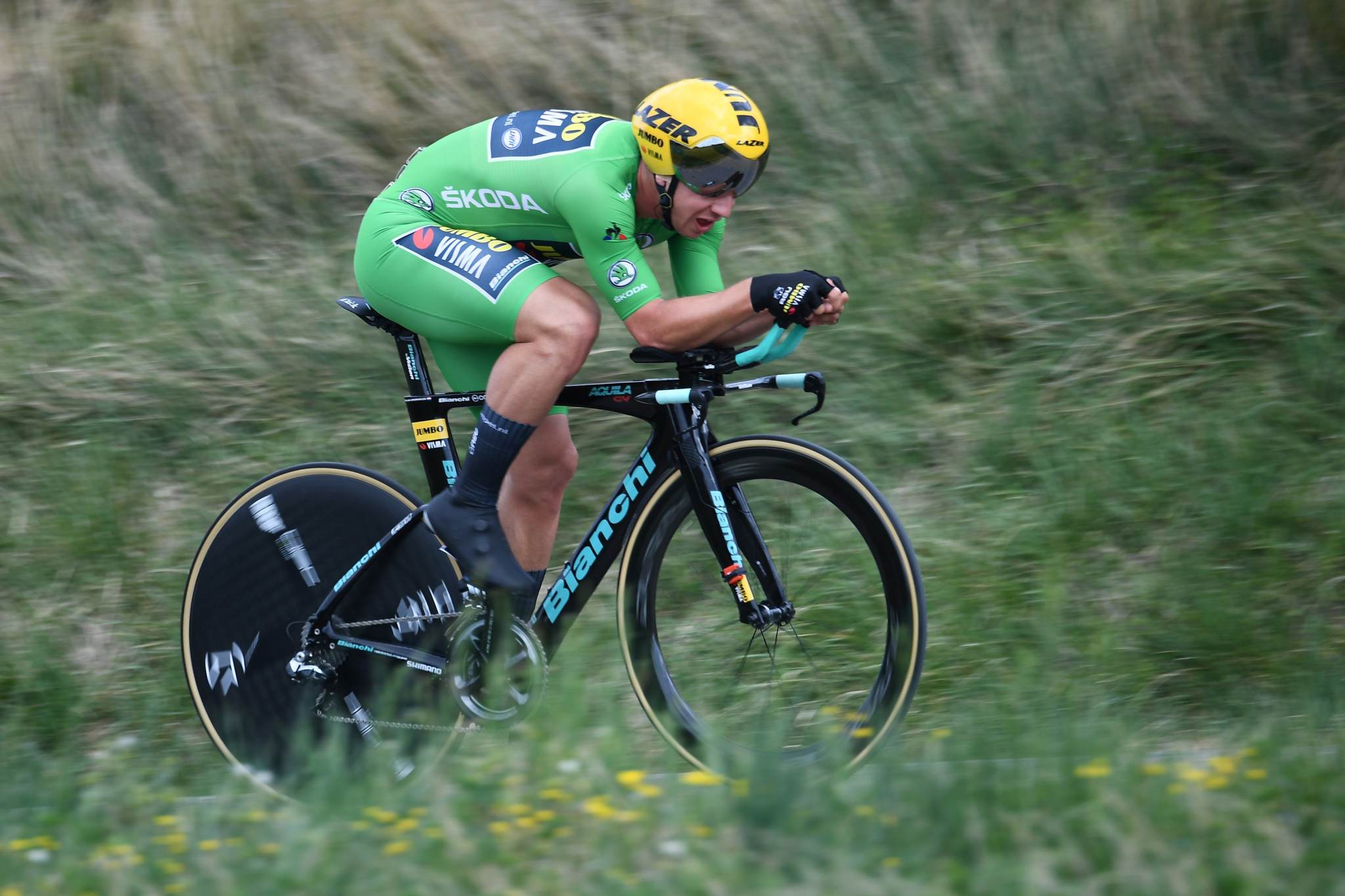 The Netherlands’ Dylan Groenewegen kept up his winning start to the season with victory at the Three Days of Bruges-De Panne in Belgium today.

The Team Jumbo-Visma rider beat Colombia’s Fernando Gaviria of UAE Team Emirates to first place with a late sprint, clocking a time of 4 hours 25min 45sec for the 200.3 kilometres course.

The defending champion launched his attack first with around 200 metres remaining.

But he was no match for Groenewegen, who claimed his fifth win of the season.

The Dutchman has already sprinted to wins this year in the Volta a la Comunitat Valenciana, Volta ao Algarve and two stages of Paris-Nice.

The 26-year-old Mitchelton-Scott rider prevailed from an elite group of five at the end of the 179km route from Sant Feliu de Guíxols to ski resort Vallter 2000.

He is now only 27 seconds behind Belgian Thomas De Gendt of Lotto-Soudal, who was two minutes 47 seconds ahead overnight.

Stage four is scheduled to take place tomorrow with a 150.3km route from Llanars to La Molina.

"I had the best legs in the final section," Yates was reported as saying by BBC Sport.

"There'll be more of the same tomorrow.

"There's plenty of time to get the overall lead here."

The final stage in Barcelona is scheduled for Sunday (March 31).