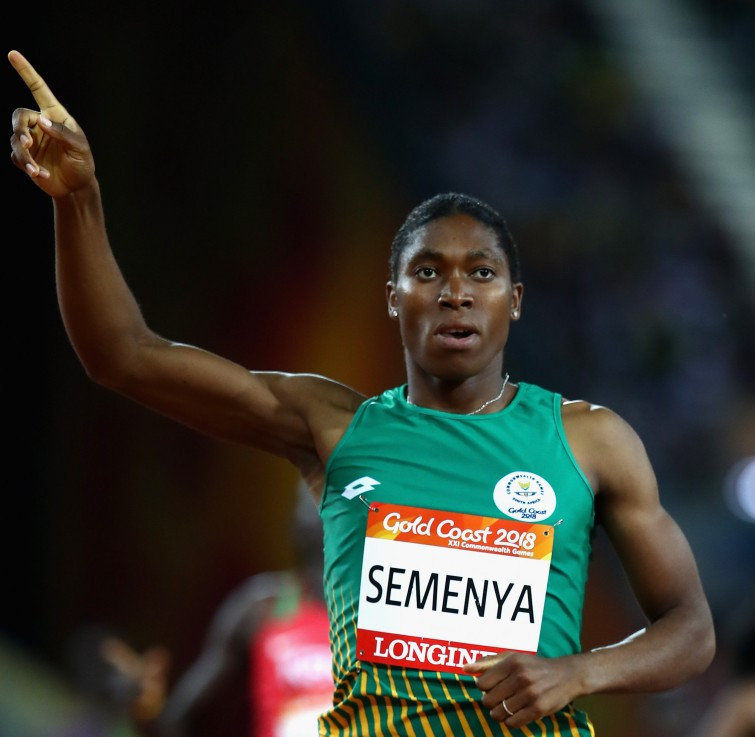 Caster Semenya has accused International Association of Athletics Federations (IAAF) President Sebastian Coe of "reopening old wounds" as both await the outcome of a landmark case on female participation.

The IAAF claim the South African and other female runners with high testosterone levels must either take medication or look to compete against men between 400 metres and the mile.

Semenya, a double Olympic and triple world champion over 800m and by far the most high-profile athlete who the rules would impact, is challenging the IAAF at the Court of Arbitration for Sport (CAS).

A verdict, initially due by yesterday, was delayed until the end of April last week and the war of words has intensified in the meantime.

Britain's Coe, a double Olympic champion over 1500m, told the Daily Telegraph in Australia: "The reason we have gender classification is because if you didn't then no woman would ever win another title or another medal or break another record in our sport."

In response, a statement by 28-year-old Semenya's lawyers said: "The scars Ms Semenya has developed over the past decade run deep.

"She has endured and forged herself into a symbol of strength, hope and courage.

"Reading the comments of Mr Coe this weekend opened those old wounds.

"The reference by the Daily Telegraph to 'the muscle-packed Semenya' is just the latest illustration of how the issues have been distorted by innuendo.

"Mr Coe is wrong to think Ms Semenya is a threat to women's sport.

"Ms Semenya is a woman."

The statement added: "There is no debate or question about this and the IAAF does not dispute this.

"Mr Coe may have views about transgender women in sport, but that is a different issue.

"Ms Semenya does not wish to undergo medical intervention to change who she is and how she was born.

"She wants to compete naturally."

The verdict in the case was delayed to next month after CAS revealed additional submissions had been received.

CAS has previously admitted that the case is one of the "most pivotal" they have ever heard.

In October, the IAAF delayed the implementation of their new rules to await the proceedings.

The United Nations Human Rights Council claimed the IAAF's plans were "unnecessary, humiliating and harmful" and passed a resolution warning the rules could break international legislation on human rights.

In reply the IAAF suggested the author of the resolution did not know enough about the case to comment.

insidethegames approached the IAAF for a response to Semenya's latest statement.

A spokesperson said: "If you are going to have a protected category as we do for female sport then you need to find a way for DSD [differences in sexual development] athletes to compete in a way that is fair for all female athletes.

"The IAAF has endeavoured to do this with its female classification eligibility regulations and Lord Coe's comments in the Australian Daily Telegraph are entirely consistent with both his and the IAAF's comments on this issue since the regulations were introduced."