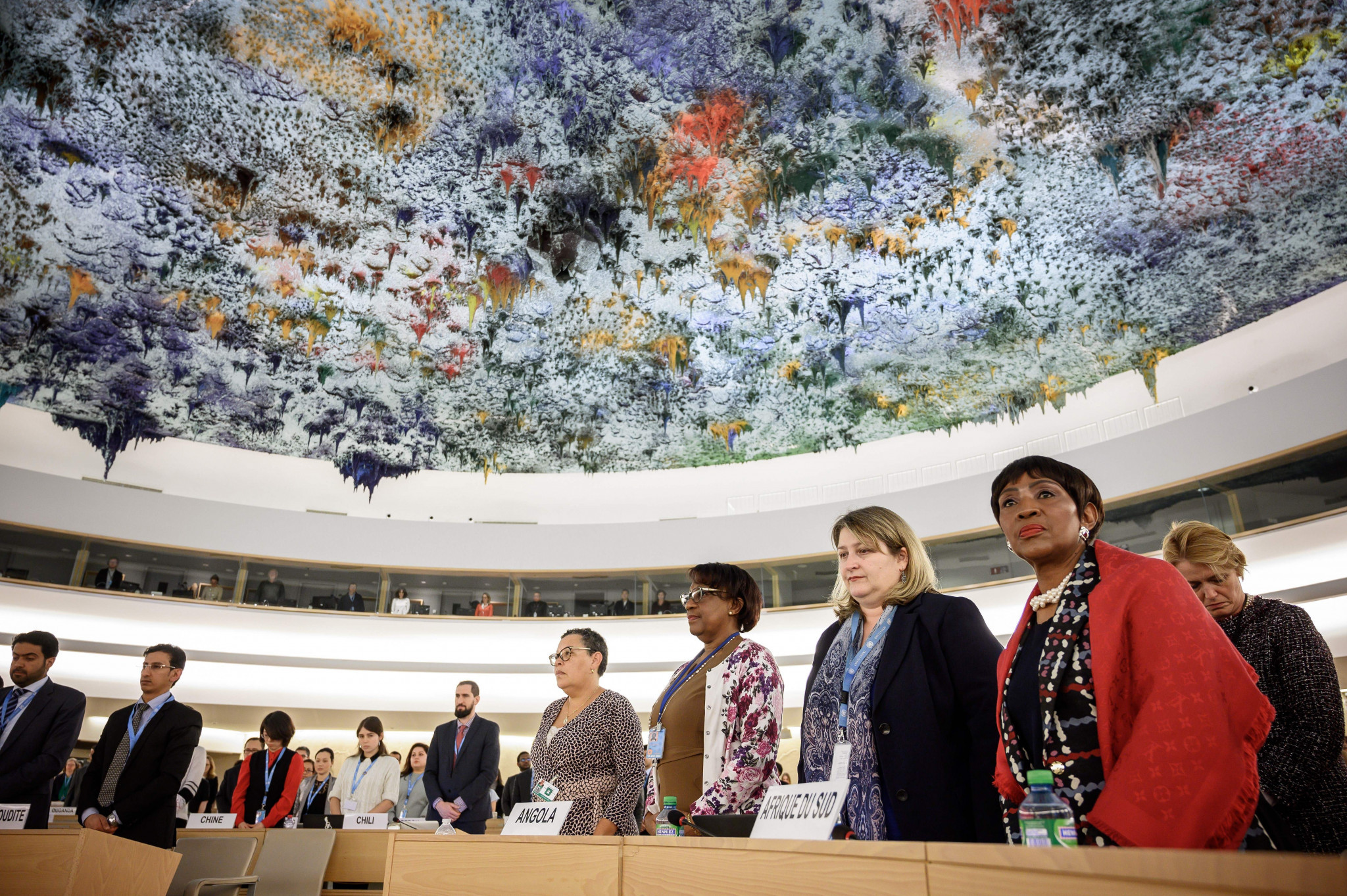 The United Nations (UN) has again weighed in on South African athlete Caster Semenya’s controversial case against the International Association of Athletics Federations (IAAF), warning that forcing athletes to regulate their testosterone levels may breach international rules on human rights.

Semenya, a two-time Olympic and triple world champion over 800 metres, is appealing against a new rule proposed by the IAAF which, if upheld, would force her to either take medication to reduce her testosterone levels or compete against men.

The 28-year-old has hyperandrogenism, meaning her body produces unusually high levels of testosterone, which the IAAF has consistently argued gives her an unfair advantage over her rivals.

Because her hormone levels are naturally occurring, however, the governing body’s proposed rule has caused significant controversy, with several women’s and human rights groups backing her case.

In October last year, three human rights experts from the UN wrote an open letter to the IAAF calling its proposed female classification rule "unjustifiable" and now the UN’s Human Rights Council has passed a resolution which further criticises the body.

The resolution calls on countries to ensure sporting organisations “refrain from developing and enforcing policies and practices that force, coerce or otherwise pressure women and girl athletes into undergoing unnecessary, humiliating and harmful medical procedures.”

According to the South China Morning Post, the Council went on to suggest there is a lack of "legitimate and justifiable evidence" for the IAAF's ruling.

The Council then requested a report on the intersection of race and gender discrimination in sport in time for June 2020.

Last month, five days of hearings on the case went ahead at the Court of Arbitration for Sport (CAS) in Lausanne and a verdict had initially been expected by Tuesday (March 26), but that date has been pushed back to the end of April.

"The international community has a duty to protect and defend the rights of Caster Semenya and other female athletes like her across the world, based on the premise that their human rights are being violated," South Africa’s Minister of International Relations and Cooperation Lindiwe Sisulu said.

"The international campaign to preserve Caster’s right to participate in global sports is a struggle for all women in the world against discrimination, sexism and patriarchy."

Meanwhile, according to The Press Association, Semenya has claimed she is "optimistic" the CAS will rule in her favour.

"This outcome would prevent woman athletes from ever having to undergo medical interventions in an attempt to comply with these regulations," a statement from her legal team reads.

"Caster Semenya wishes to express her thanks for the overwhelming support shown to her and to women athletes throughout the world since the hearing began, including by the South African Minister of Sport, Ms Tokozile Xasa, and for the support this week from the Human Rights Council of the United Nations and the United Nations Educational, Scientific and Cultural Organisation."