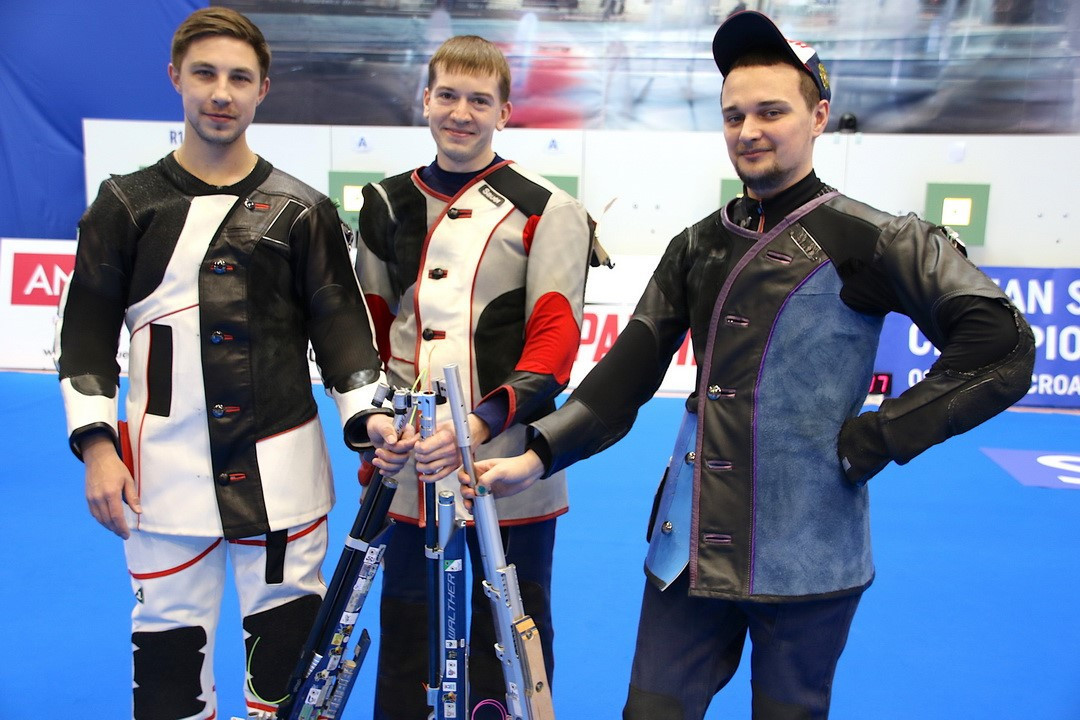 Russia’s Vladimir Maslennikov won his third gold in two days today as action came to an end at the European 10 Metre Shooting Championships in Osijek.

Together with Evgeny Panchenko and Alexander Dryagin they scored 628.1points in the gold medal match to beat Serbia’s Lazar Kovacevic, Milutin Stefanović and Milenko Sebić.

In a battle between Hungary and Belarus, the Hungarian trio of István Péni, Péter Sidi and Peter Somogyi sealed the bronze medal with a score of 625.6, beating their rivals by 3.4 points.

In all, four team finals went ahead today, with men’s medals also decided in the team air pistol event.

Russia still made the podium, beating Serbia 16-6 the bronze medal.

Medals were decided in the women’s team air pistol and air rifle events and in the air pistol final Germany produced a surprise win over Ukraine.

The German team of Sandra Reitz, Monika Karsch and Doreen Vennekamp were victorious 16-8,

In the individual competition Reitz was the most successful of the three, finishing just 19th in qualifying.

In comparison, Ukraine's team featured one finalist in Olena Kostevych, but despite boasting the stronger team on paper, they were unable to make it count.

Once again, Russia featured on the podium after beating Hungary in the bronze medal match.

Russia's team of Yulia Karimova, Anastasiia Galashina and Daria Vdovina then won gold in the women's air rifle team event to ensure the country won a medal in every event on the final day.

They beat Romania’s team of Florinel Coman, Eliza Alexandra Molnar and Roxana Sidi 13-5 to seal the last gold medal f the Championships, while Austria beat Italy to secure the bronze.