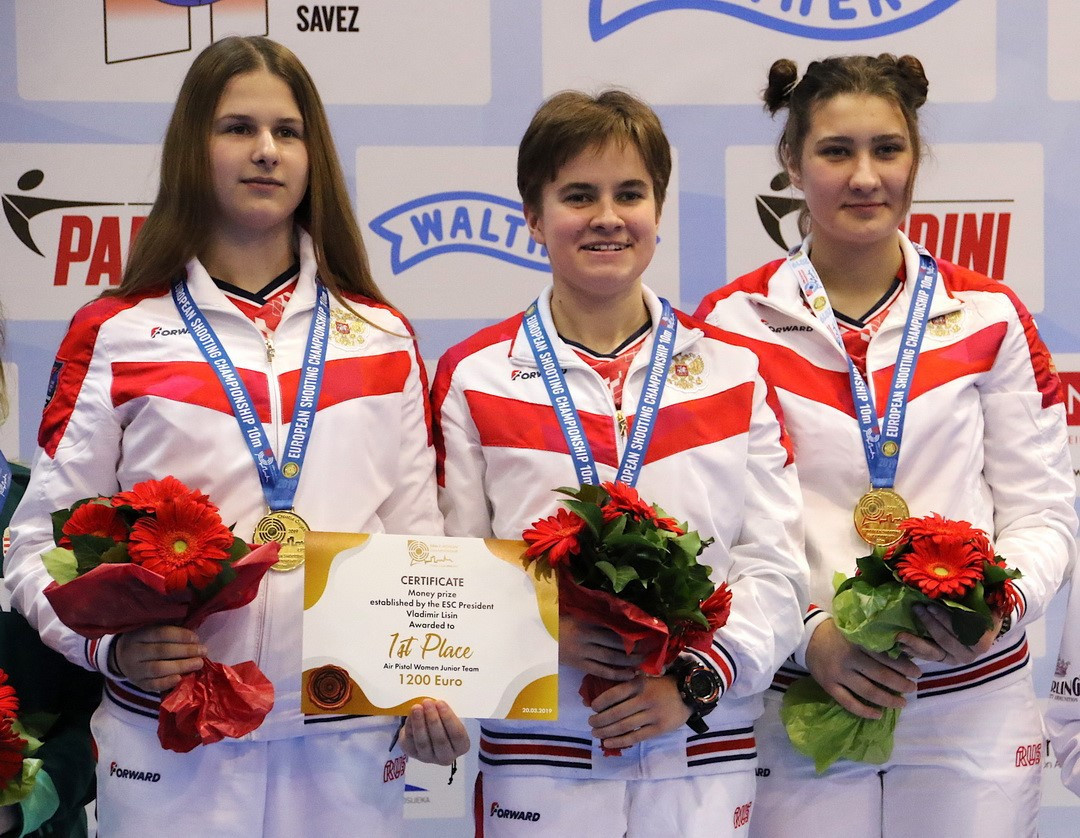 Russia won a thrilling women’s junior team air pistol final against Hungary on the third day of competition at the European 10 metres Shooting Championship in Osijek.

Russia rounded out the podium after easing to a 17-9 victory against Ukraine in the third-place play-off.

In the women's event, Russia's Daria Boldinova, Polina Bolotkova and Tatiana Kharkova secured the gold medal with a 16-8 win over Denmark.

The bronze medal went to Germany after they overcame Poland 16-10.