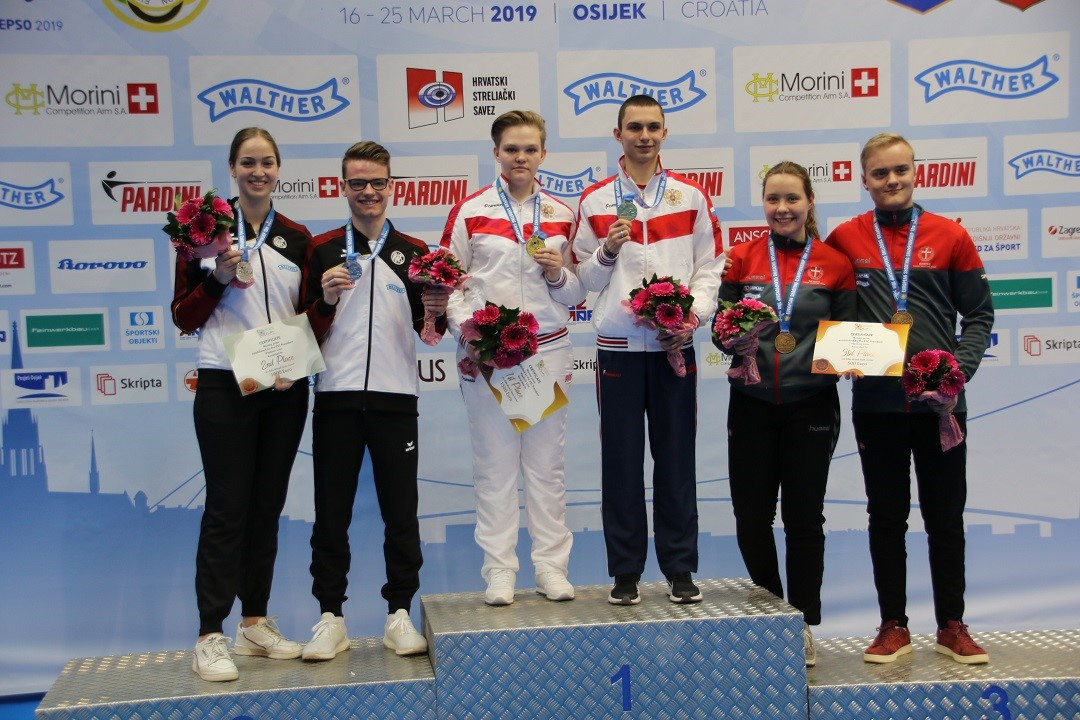 A strong performance gave Russia victory in the 10 metre air rifle mixed team competition at the European Shooting Championships in Osijek in Croatia.

Tatiana Kharkova and Grigorii Shamakov scored 500.0 to win by 6.4 points.

"We were quite good today," said Shamakov.

"It is so easy to compete with Tatiana Kharkova as she is an excellent shooter.

"I can trust her and it keeps me calm and I can concentrate on doing my best."

She and Russian Olga Stepanova shot 374 before Avramenko won the shoot-off 19-18.