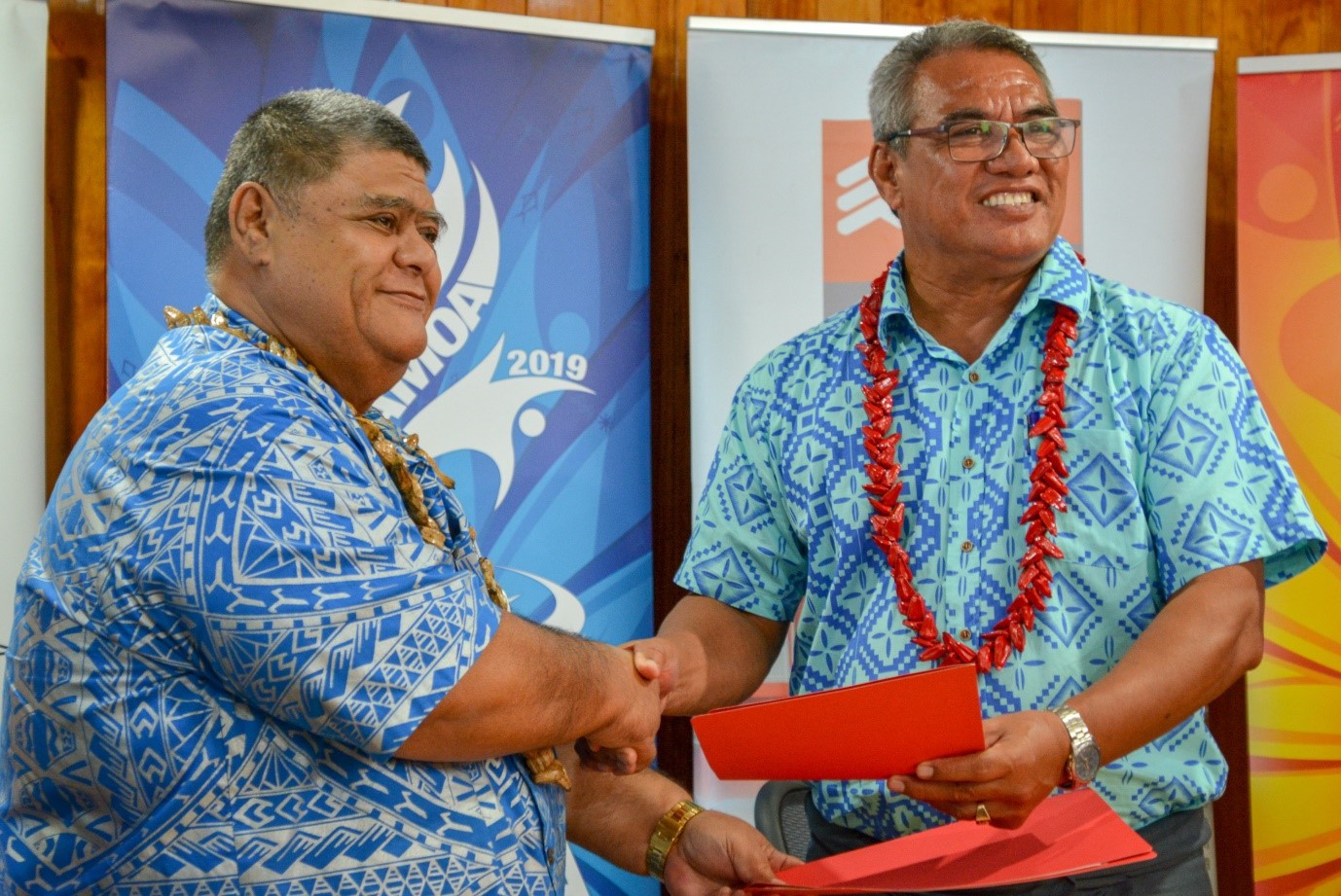 The Samoa Shipping Corporation has signed on as a sponsor of this year's Pacific Games in Apia.

A signing ceremony was held to mark the agreement with the Games in the Samoan capital due to take place between July 7 and 20.

According to organisers, the deal marks a "wonderful partnership between the two entities as well as the continuous success of an extensive sponsorship strategy set up by the Pacific Games Office to garner financial support to assist with preparations for the Games in July".

Loau Solamalemalo, the Organising Committee chairman and Samoa's Sports Minister, said: "As the Minister for Sports, such assistance gives me great joy.

"The WST500,000 that you have given in support of the Pacific Games is not a small amount, so I thank you for lending your shoulder to help us through the preparations for the Games."

The Samoa Shipping Corporation provides sea transport between Upolu and Savaii and Apia and Pago Pago.