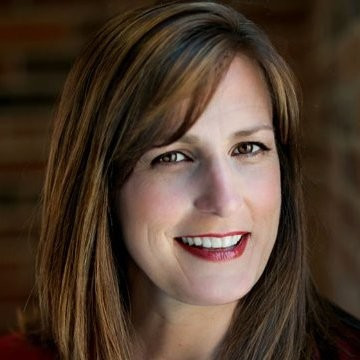 The United States Olympic Committee (USOC) has confirmed the appointments of three key members of staff.

Bobbi McPherson will take on the role of chief people officer with Katie Bynum joining as chief of staff.

It comes as the USOC works to transform the culture of the organisation and American sport in general.

"I am excited to have Bobbi and Katie join our organisation and to have Christine step into this new role as we build an executive team capable of leading the US Olympic and Paralympic community into the future," said Hirshland.

"Each of these three accomplished leaders is committed to building the type of organisation the athletes of Team USA so richly deserve."

McPherson has 14 years of experience as a human resources leader and will work with increased focus on talent development and education for administrators in the Olympic and Paralympic Movements.

"The athletes of Team USA are the best in the world at what they do and the staff that serves them must be as well," said McPherson.

"I'm incredibly impressed with everyone I've met thus far and really excited to get started and see how I can help my new colleagues be even better."

She previously served as the managing director of partnerships and championship experiences at the United States Golf Association.

"I look forward to advancing the strategic priorities and mission of the USOC," said Bynum.

"I am honoured to join the organisation and will work tirelessly to deliver for the athletes we serve."

Walshe has been promoted from her role as USOC vice president of principal and major gifts.

The new role will see her serve as President of the US Olympic and Paralympic Foundation, overseeing fundraising initiatives and attempting to bring the movement close to contributors.

"I'm thrilled to step into this new role with the USOC," said Walshe.

"Over my past decade of work in the organisation, our philanthropic efforts to support Team USA have seen tremendous growth and I look forward to continuing this trend."

All three staff members will be based at the USOC headquarters in Colorado Springs.

Walshe began her new position on March 4 with McPherson and Bynum due to start next month.

Earlier this month, USOC Board chair Susanne Lyons said the culture of elite sport in the US needed to start "at the top" as work to reform the organisation continues.

The organisation is working towards reform after an independent report published by law firm Ropes & Gray claimed both USOC and USA Gymnastics had facilitated former doctor Larry Nassar's abuse of dozens of women.

It had also been claimed that they had failed to act when the allegations against him emerged.