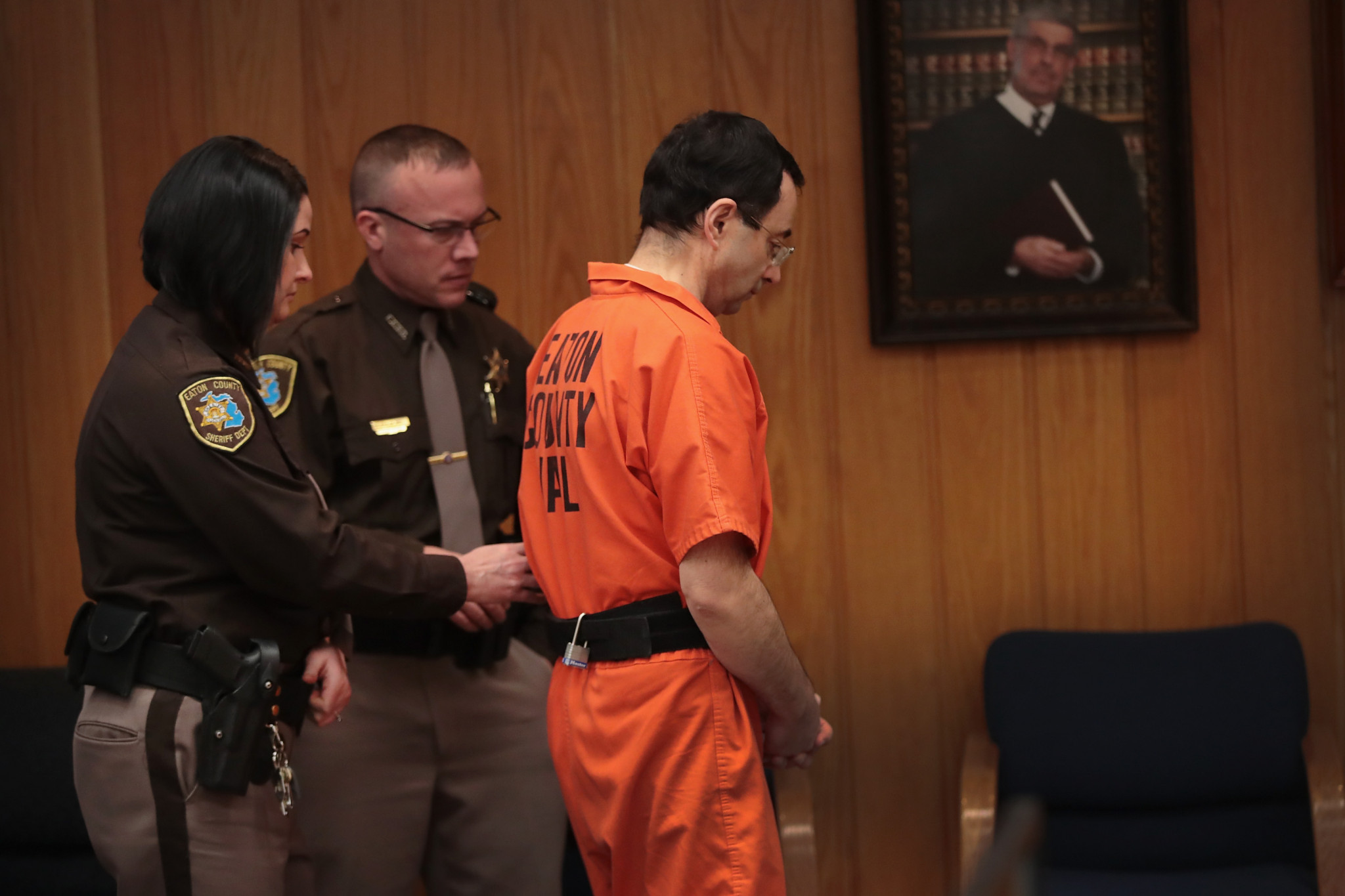 A group of 51 women are suing the United States Olympic Committee (USOC) for failing to prevent sexual abuse carried out by former USA Gymnastics team doctor Larry Nassar, according to reports in the US press.

The Denver Post reported that a 134-page lawsuit was filed on Tuesday (March 12) in Colorado, where the USOC is based, asking for an "unspecified amount" in damages.

The claimants are also reportedly demanding reform and accountability at the USOC to protect athletes in the future, alleging they could have prevented the abuse of young female athletes, but instead actively tried to conceal the case and were negligent with reports and investigations.

It continues to assert, The Denver Post says, that even today the USOC’s directors are not taking proper measures against employees or representatives who are accused of sexual abuse.

Nassar is currently serving up to 175 years in prison having been found guilty of sexually abusing dozens of young American gymnasts under the guise of medical treatment.

An independent report published in December by law firm Ropes & Gray claimed both the USOC and USA Gymnastics had facilitated Nassar’s abuse and had failed to act when allegations against him first emerged.

"People are starting to come forward and feel empowered to take back their voices and do something about it," a lawyer representing the victims is quoted as saying.

The majority of the claimants in the case, which covers abuse from the 1990s to 2018, were children at the time of the abuse.

The youngest was said to be eight-years-old at the time.

"The USOC, its officers and directors and their national governing boards have known for decades that sexual predators and paedophiles are attracted to the occupation of coaching young athletes, yet failed to take effective action to detect and eliminate from Olympic sports those adults who posed an unreasonable risk of harm to the young athletes they were duty bound to protect," the lawsuit reportedly reads.

Most of the abuse allegations in the case are levelled against Nassar, but according to The Denver Post, six coaches are also named for abusing gymnasts.

One of those coaches is David Byrd, convicted in 2009 of "aggravated indecent liberties" with a child after a gymnast complained he had abused her.

According to the lawsuit, the victim twice told USA Gymnastics about the abuse, but the body took no action or warned other gymnasts of Byrd’s conviction.

It is alleged another complaint against Byrd was then filed in March last year.

Both USA Gymnastics and the USOC have been in disarray since the allegations against Nassar first emerged.

USA Gymnastics has since filed for bankruptcy and has gone through four President’s in two years, while many of USOC’s directors have either been fired or resigned.

Amid several lawsuits against it the USOC said in December that unlike USA Gymnastics, it would not consider bankruptcy protection.

Responding to the story, the USOC told insidethegames it would not comment on ongoing legal matters.