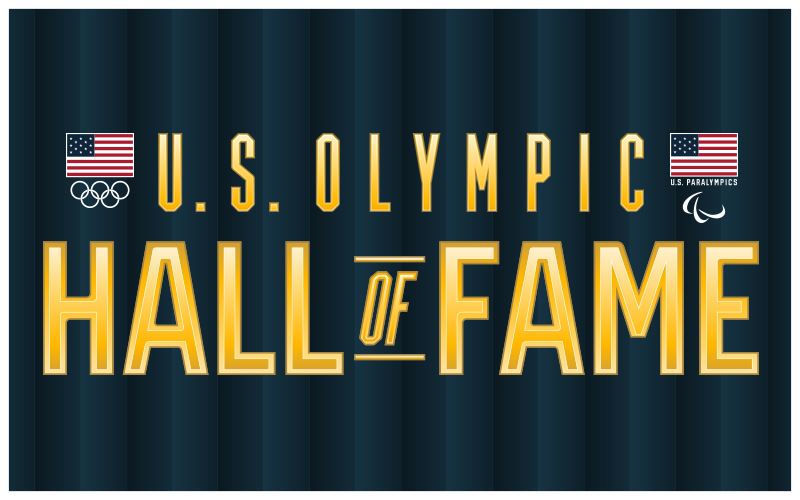 The United States Olympic Committee (USOC) has announced that it is reviving its Hall of Fame.

A new class will be inducted for 2019 with Olympic and Paralympic athletes, "legends", teams, coaches and a "special contributor" all eligible.

New classes will then be added every two years afterwards.

A period of inaction also occurred between 1992 and 2003 after the first members were named in 1983.

"The US Olympic Hall of Fame celebrates the incredible history of the Olympic and Paralympic athletes who have represented our country with excellence and distinction since the first modern Games in 1896," said Sarah Hirshland, USOC chief executive.

"We are proud to honour the legacies of these athletes, along with the teams, coaches and contributors who inspired our nation on and off the field of play.

"With the revival of the Hall of Fame, their accomplishments and shining examples will live on to inspire future generations of Americans."

Inductee classes will be comprised of five Olympians, three Paralympians, two legends, one team, one coach and one special contributor.

Legends are long-retired athletes while greater Paralympic representation has been promised.

A nomination window for potential inductees will now open tomorrow and run until April 2.

National governing bodies, members of the US Olympic and Paralympic communities and individuals may submit up to five Olympians, three Paralympians, two legends, one team, one coach and one special contributor in their nomination form.

The US Olympic Hall of Fame Nominating Committee will select the 2019 finalists who will be announced on August 12.

A public vote will then run until September 3 where fans will be able to select their choices.

Those successful will be announced in September and inducted at a ceremony on November 1.

In 2020, the US Olympic Museum will open in Colorado Springs which will be the new home of the Hall of Fame.

"As an Olympian and US Olympic Hall of Fame member, I am thrilled the Hall of Fame is returning with a class of 2019," said Fosbury, the Olympic high jump gold medallist who is now the US Olympians and Paralympians' Association President.

"Team USA athletes, coaches and contributors pour their hearts and souls into the Olympic and Paralympic Movement.

"Providing a platform to recognise their achievements will not only inspire future generations, but bring immense fulfillment and joy to members of the Olympic and Paralympic communities."