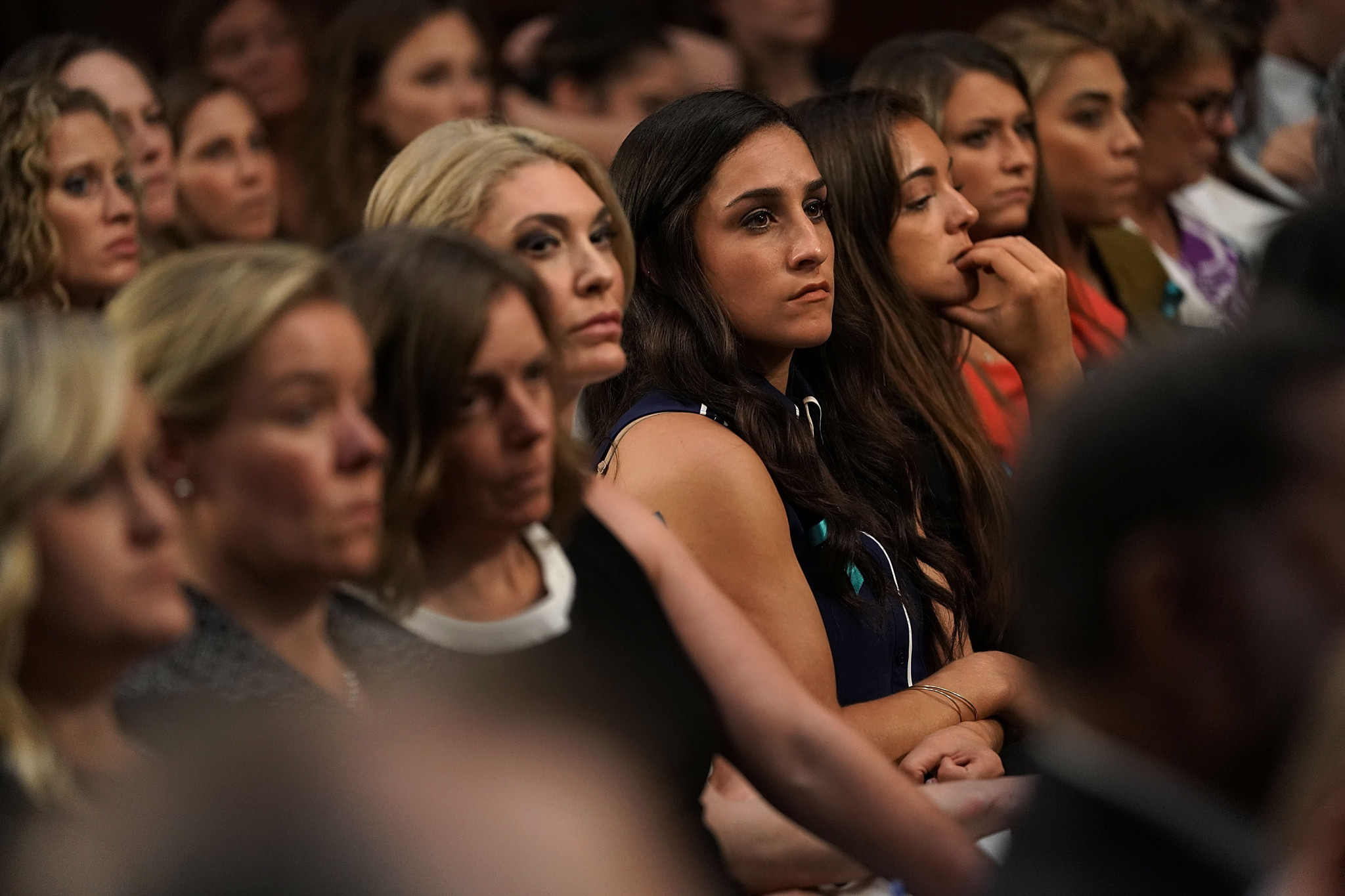 USA Gymnastics has immediately come under fire for its appointment of a new President and chief executive after survivors of the Larry Nassar sexual abuse scandal said Li Li Leung will not change anything.

The body announced the appointment of Leung yesterday following an extensive search process which they claim involved surveying a wide range of members in the gymnastics community on the best qualifications and attributes for a candidate to be successful.

Survivors of Nassar, the former USA Gymnastics team doctor who was sentenced to 175 years in jail last January after being found guilty of sexually assaulting dozens of American gymnasts, have, however, criticised the decision.

The group has released a scathing statement in which they claim requests to be involved in the recruitment process were ignored and Leung taking the role does not represent a new dawn for the scandal-hit organisation.

“Ms. Leung was hired without any consultation with Larry Nassar survivors,” they said in a statement.

“The survivors’ Bankruptcy Committee had repeatedly asked USA Gymnastics leaders to be included in the process.

“Unfortunately, they were ignored.”

They continued by labelling Leung an “insider”, in whom they do not have faith.

"She has long-standing ties to the United States Olympic Committee (USOC) and she was clearly their choice,” the group added.

“Further, her association with the NBA [National Basketball League] is far from encouraging.

“The NBA has a horrible record in dealing with sexual assault and abuse by its players and staff.

“That is exactly the wrong background to implement change to protect children.

“However, she’s the right pick to protect USA Gymnastics/USOC secrets and change nothing.

“That’s precisely why the USOC/USA Gymnastics leadership selected her.”

Leung was previously a managing director at the global sports management firm Helios Partners, where she managed their China and London offices, overseeing the firm’s global expansion strategy in emerging markets in Europe and Asia Pacific regions.

She has also previously worked as vice-president of the NBA, where she was responsible for building, leading, negotiating and managing key partner relationships around the world.

Leung previously competed as a gymnast at several USA Gymnastics events and said she was “honoured” to be appointed as the next President and chief executive of the under-fire body.

She is the fourth person to be appointed to the role in two years.

Steve Penny resigned from the posts after 12 years in March 2017 after criticism of his handling of the Nassar scandal.

His replacement Kerry Perry served for nine months in the role before resigning over her handling of the case and then Mary Bono served just four days as interim President and chief executive last October.

She left after tweets by four-time Olympic champion Simone Biles and other gymnasts questioned her appointment.

Her history of working with the NBA is a clear concern for the Nassar survivors, with the league having repeatedly handed out short term bans to players found guilty of domestic violence.

One of those abused by Nassar, Sarah Klein, called the appointment “deeply disappointing”.

“This gives us even more clarity that nothing is going to change at USA Gymnastics or the USOC,” she said in a statement published by the IndyStar.

Last year USA Gymnastics filed for bankruptcy following the Nassar abuse fallout, while the USOC has taken steps to revoke the scandal-hit organisation's recognition as the member national governing body for the sport.