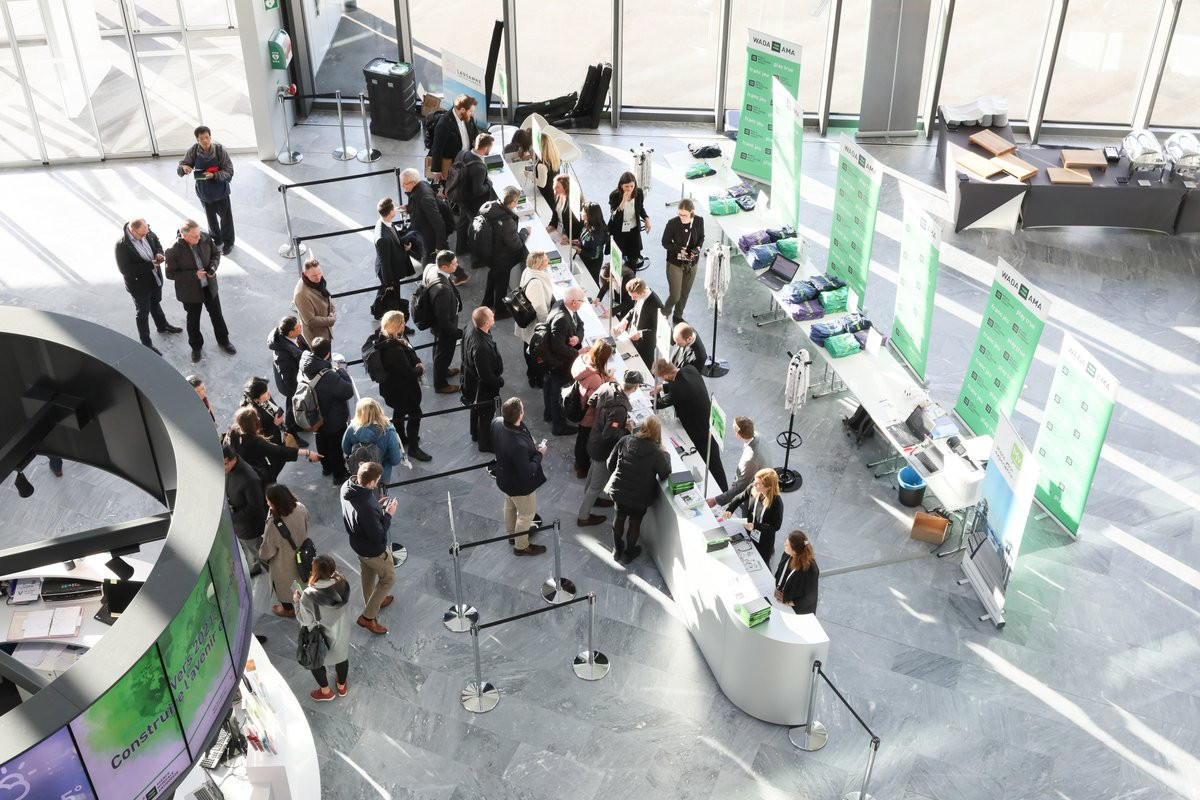 Candidates for President of the World Anti-Doping Agency (WADA) laid out their plans for the future of the organisation as the campaign to replace Sir Craig Reedie reached a key milestone at the Annual Symposium here.

While they were not given an official platform to campaign, all three used the event to lobby members and pitch their ideas if they are elected President.

Bańka was put forward by the Council of Europe as the continent's contender for the Presidency, while former marathon swimmer Diaz has been proposed as the candidate for the Americas.

The anomaly in the race at this stage is Norway's Helleland, who lost out to Bańka but has vowed to continue her campaign anyway, a move which has already irked her two fellow challengers.

The event comes just two months before the public authorities effectively select the next WADA President at a crucial gathering on May 14.

Bańka's manifesto includes a pledge to establish an anti-doping solidarity fund, which the 34-year-old former athlete claims will "help build a strong network of National Anti-Doping Organisations (NADOs) and to finance capacity building and partnership projects at the national level".

Hope to see you all in November in Katowice during the World Conference on Doping in Sport! #CleanSport @wada_ama pic.twitter.com/zaaElbFiiV

"Sometimes we are focusing our attention only on big doping scandals, which is important of course," Bańka told insidethegames.

"But we are forgetting about blank-spots.

"We analysed the testing figures during the Rio Olympics and 10 per cent of medallists were from countries which do not have  NADOs and have a very weak anti-doping system.

"It is not a fair environment, so that is why I have proposed this anti-doping solidarity fund.

"We want to have this fund to help less developed countries without NADOs create anti-doping policies and for me this is crucial.

"We need to enhance the system and give equal treatment to all countries.

"There are cheaters in Russia, in Poland, in the United States for example and we should give equal treatment to all of them."

Diaz targeted repairing relations between WADA and the International Olympic Committee (IOC) as a priority.

He claimed he was more experienced in the field of anti-doping than the other two candidates and believes it is time for "a third-world country to lead WADA".

"It will give more of a meaning to the ‘W’ of WADA, which stands for world and has been missed in many of the actions taken," Diaz, who has not yet released his manifesto, said.

"You only see one vision of the world, we are creating standards for the whole world but they are not necessarily able to be put in place in a third-world country, such as in Africa, Asia and Latin America.

"Leaving that part of the world behind creates doping havens.

"There are places where anti-doping programmes simply do not exist, we need to guarantee the world is moving in the same direction."

Diaz also cast doubt on Helleland's chances without the backing of her continent and said he was hopeful those involved in the process would not "break the gentleman's rule" by independently proposing her for the position.

In the criteria for the elections approved by the public authorities in November, regions are asked to propose a single candidate but are not obliged to do so.

Good discussion on The Russian Scandal and on the intelligence work #LausanneSymposium pic.twitter.com/L1zLY5QwLo

Helleland, a vocal critic of the IOC amid the fallout to the Russian doping scandal, seemingly has no plans to step aside before the May 14 meeting.

The Norwegian has targeted putting athletes first if she is elected, while also vowing to establish new standards of good governance and strengthen NADOs worldwide.

"It has always been my strategy to speak up for what I believe in, not what is the right thing to do to become the next President," she told insidethegames.

"I know a lot of people have a hard time with me speaking up but someone has to shake the tree.

"We need to have some tough times before we move forward.

"As a vice-president, I am in a position where I represent all the countries in the world and all continents.

"That is why I don't need to represent one continent."

The deadline for regions to submit their candidate for the Presidency passed last week, with Banka and Diaz the two formally proposed.

Flemish Sports Minister Philippe Muyters had also contested the European nomination but has seemingly given up with his campaign.

The public authorities hope to reach a consensus on who should be the next President at the May 14 meeting.

A secret ballot will be held if this is not possible, where each member of the WADA Foundation Board representing one of the five regions will have one vote.

It means that 18 members of the Foundation Board will have a chance to participate in the voting process, comprising of five from Europe, four from the Americas and Asia, three from Africa and two from Oceania.

The public authorities want their chosen candidate to shadow the current WADA administration before Sir Craig officially steps down during the World Conference on Doping in Sport in Katowice in Poland from November 5 to 7, where there will not be a formal election.