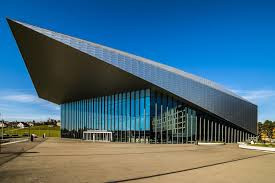 Progress in the analysis of the data obtained from the Moscow Laboratory, the race for the World Anti-Doping Agency (WADA) Presidency and calls for reform at the global watchdog are among the key topics set to feature at the organisation's annual Symposium this week.

The two-day event, which gathers numerous officials from across the anti-doping world, begins tomorrow and concludes on Thursday (March 14) at the Swiss Tech Convention Centre.

The theme of year's symposium is "Towards 2021 - Navigating the Future Together" as WADA attempts to move on from the ongoing fallout to the Russian doping scandal.

Last week, WADA announced it had finished uploading the data it extracted from Moscow Laboratory in January and had begun the process of analysing the 24 terabytes of information collected from the facility, which is expected to take two to three months.

WADA officials are assessing the data to ensure it is authentic and Russia has been warned its suspension will be reinstated and the country's athletes could miss the Tokyo 2020 Olympic Games if the team find any issues with the information.

The organisation is hoping the data will enable it to catch more Russian drugs cheats while potentially clearing others implicated in the country's widespread doping scandal.

Russian authorities initially missed a December 31 deadline to grant WADA access to the laboratory, prompting calls from some circles for the nation to be sanctioned again.

But a team from WADA was eventually allowed into the building to extract the data 10 days later.

It is likely the data, and the progress being made in authenticating it, will be among the main items discussed at the symposium here.

The race to succeed Sir Craig Reedie, who will provide a keynote address tomorrow, may also feature as candidates step-up their campaigns prior to the public authorities effectively choosing the next WADA President at a meeting in May.

Polish Sports Minister Witold Bańka was given a boost in his bid for the top job after he secured the Council of Europe nomination last month ahead of WADA vice-president Linda Helleland and Flemish Sports Minister Philippe Muyters.

Dominican Republic's Marcos Diaz, a member of the WADA Foundation Board and Executive Committee, is also in the running and was recently given the full backing of the American Council of Sports.

The Russian doping crisis has also sparked calls for change at WADA, lead mainly by a group of Western National Anti-Doping Organisations (NADOs) and officials.

A group of 18 NADOs claimed "now is the time for WADA to grasp this unique opportunity to reform the anti-doping system as it prepares to appoint the fourth President in its history" at a meeting in Lausanne yesterday.

The NADOs also laid out criteria which they believe the WADA Presidential candidates should live up to during their campaign and if they are subsequently elected.

It includes a call to "demonstrate how they will be fully committed to meaningful engagement with the athletes of the world" and to ensure WADA "builds on the organisation's success at retrieving the Moscow laboratory data by being committed to ensuring an exhaustive, transparent and thorough accounting of the data is achieved".

Several other topics are on the agenda for the WADA Symposium, the second day of which is closed to media, such as the anti-doping charter of athlete rights, an ongoing process to review the code and compliance.