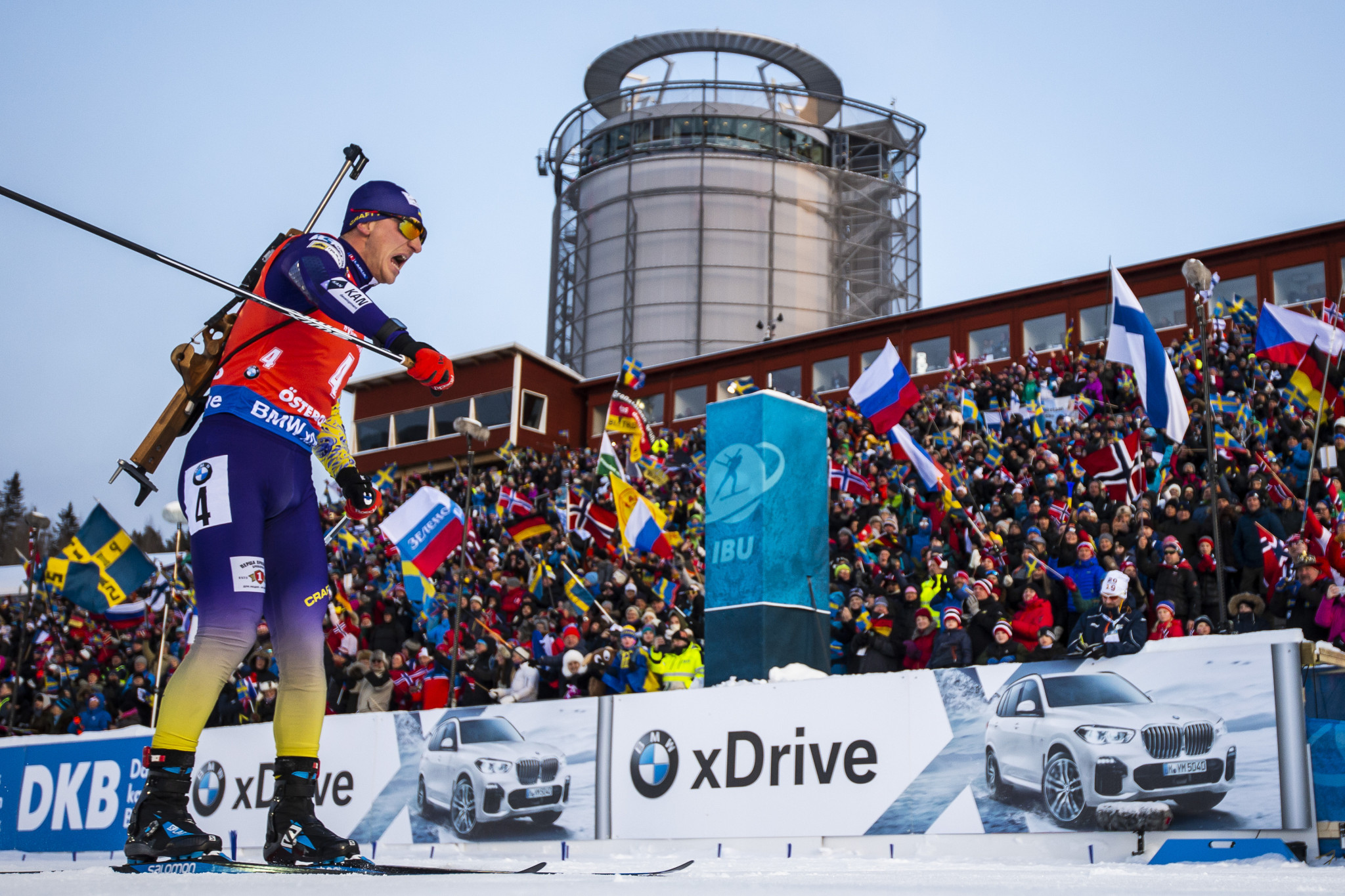 Dmytro Pidruchnyi of Ukraine upset a star-studded field to claim the men's pursuit gold medal as Germany's Denise Herrmann surged to victory in the women's event at the International Biathlon Union World Championships in Östersund.

Pidruchnyi, who had earned a career-best finish of fourth in yesterday's sprint, sealed his first world title in a time of 31min 54.1sec.

The Ukrainian outsider finished 8.3 seconds in front of Johannes Thingnes Bø, winner of the sprint crown yesterday.

The Norwegian blew his chance of claiming a third gold medal at the event in the Swedish resort as he missed three shots on the final standing stage.

Bø held a commanding lead over the rest of the field going into the stage and his mistakes opened the door for Pidruchnyi to come through and snatch the title.

With the World Championship results counting towards the World Cup season, Bø still did enough to clinch the overall seasonal crown.

Quentin Fillon Maillet of France won his second bronze medal in as many days as he completed the 12.5 kilometres course 17.7 seconds slower than the victorious Ukrainian.

Herrmann, a former cross-country skier, also recorded a commanding victory as she topped the podium in the women's race.

The German, a member of the relay team which claimed silver earlier on at the Championships, clocked 31:45.9 after starting sixth to take gold.

A fascinating battle for silver developed behind Herrmann as Tiril Eckhoff of Norway out-sprinted Laura Dahlmeier of Germany to finish second.

Eckhoff crossed the line a slender 0.2 in front of Dahlmeier, who missed only one shot despite the windy conditions in Östersund.

"It is nice to come back to the place where you had your first-ever victory," said Herrmann.

"I love these tracks and I think I am in love with the shooting area more than at the other World Cups.

"It was a perfect day for me, two from the German team on the podium is crazy for us."