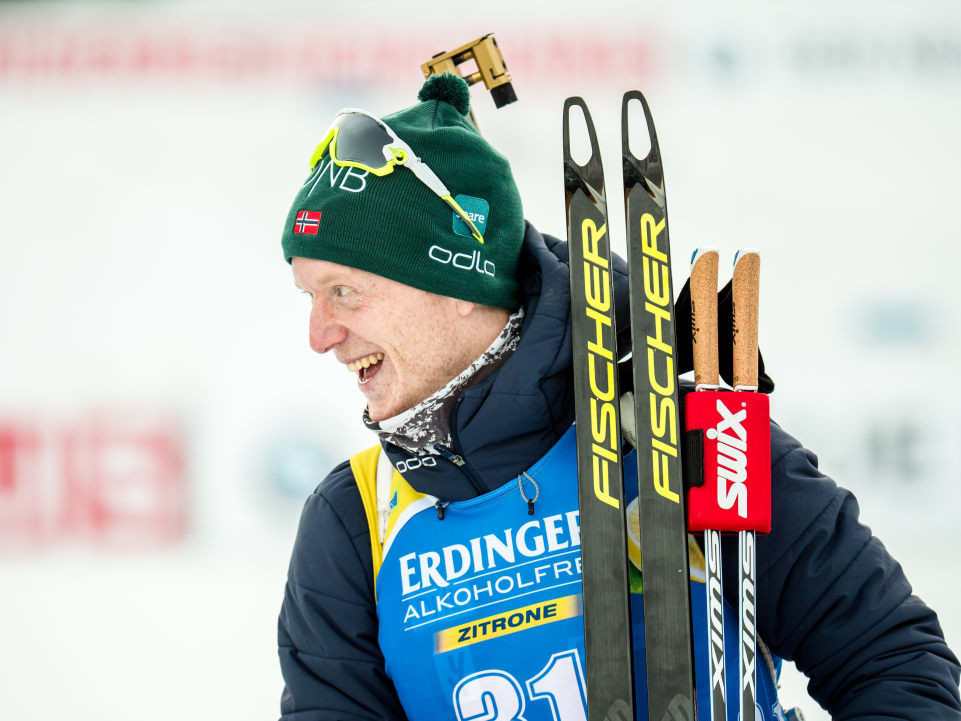 Norway's Johannes Thingnes Bø will be hoping to carry his impressive form from the International Biathlon Union (IBU) World Cup into the World Championships with the sport’s premier event set to begin in Östersund in Sweden tomorrow.

The 25-year-old, who leads the overall World Cup standings by 291 points, secured the sprint globe weeks ago and is in a position to sweep all of the discipline globes.

He has a dozen wins, with a season low point of ninth place in the Hochfilzen pursuit way back in mid-December.

Bø is followed in the standings by Russia’s Alexander Loginov, France's Simon Desthieux and Quentin Fillon Maillet, and Austria's Simon Eder, all of whom are expected to be in contention for glory.

After leaving the IBU World Cup circuit at Antholz, Fourcade has been under the radar, preparing for Östersund.

He has battled some illness in that time away, so it is anticipated that it will be difficult to tell where Fourcade is until he steps into a competition.

As it has been all season, the names to watch on the women’s side are Italian team-mates Lisa Vittozzi and Dorothea Wierer, Norway’s Marte Olsbu Røiseland, Slovakia’s Anastasiya Kuzmina and 2018 overall World Cup winner Kaisa Mäkäräinen of Finland.

Vittozzi has been the most improved and most consistent woman in the IBU World Cup.

The 24-year-old has only finished outside the top six on three occasions, with 18th place in the Nove Mesto sprint her worst result.

Her season has taken off since the turn of the year, starting with her first career win in the Oberhof sprint and her second in the pursuit.

Since then, the newly-crowned yellow bib wearer has added three more podiums.

The top "wild cards" include Germany’s Laura Dahlmeier, who achieved the sprint-pursuit double at the Pyeongchang 2018 Winter Olympic Games as well as a bronze medal in the 15 kilometres individual event.

Dahlmeier has won a medal in every competition that she has started in the past two IBU World Championships.

In 2017, she won an unmatched five gold medals and one silver.

Going into Östersund, where action is due to run until March 17, she has missed competitions due to health issues and the need to make up for missed training.

Dahlmeier has a win, two runners-up finishes and a third place from her eight individual events.

They will see broadcasters bringing the sport to fresh audiences on multiple platforms.

Seventeen European Broadcasting Union (EBU) members will be showing the event free-to-all in their respective territories.

This will be complemented by broadcasters in France and Poland together with Eurosport offering pan-European visibility.

Beyond Europe, specific agreements are in place with South Korea’s SBS, China’s CCTV and, for the first time, the United States' NBC.

To ensure that relevant content is always delivered to the right audiences at the right time and on the right channel, Eurovision Sport will be working with the EBU’s new business subsidiary, Eurovision Services, to provide a multi-outlet content production, enrichment and distribution service.

"This long-standing partnership with Eurovision Sport and its members has been one of the cornerstones of the success of our sport," IBU President Olle Dahlin said.

"The World Championships in Ostersund are an important step in taking the sport to a new era in which more people around the world will enjoy the very best of biathlon."