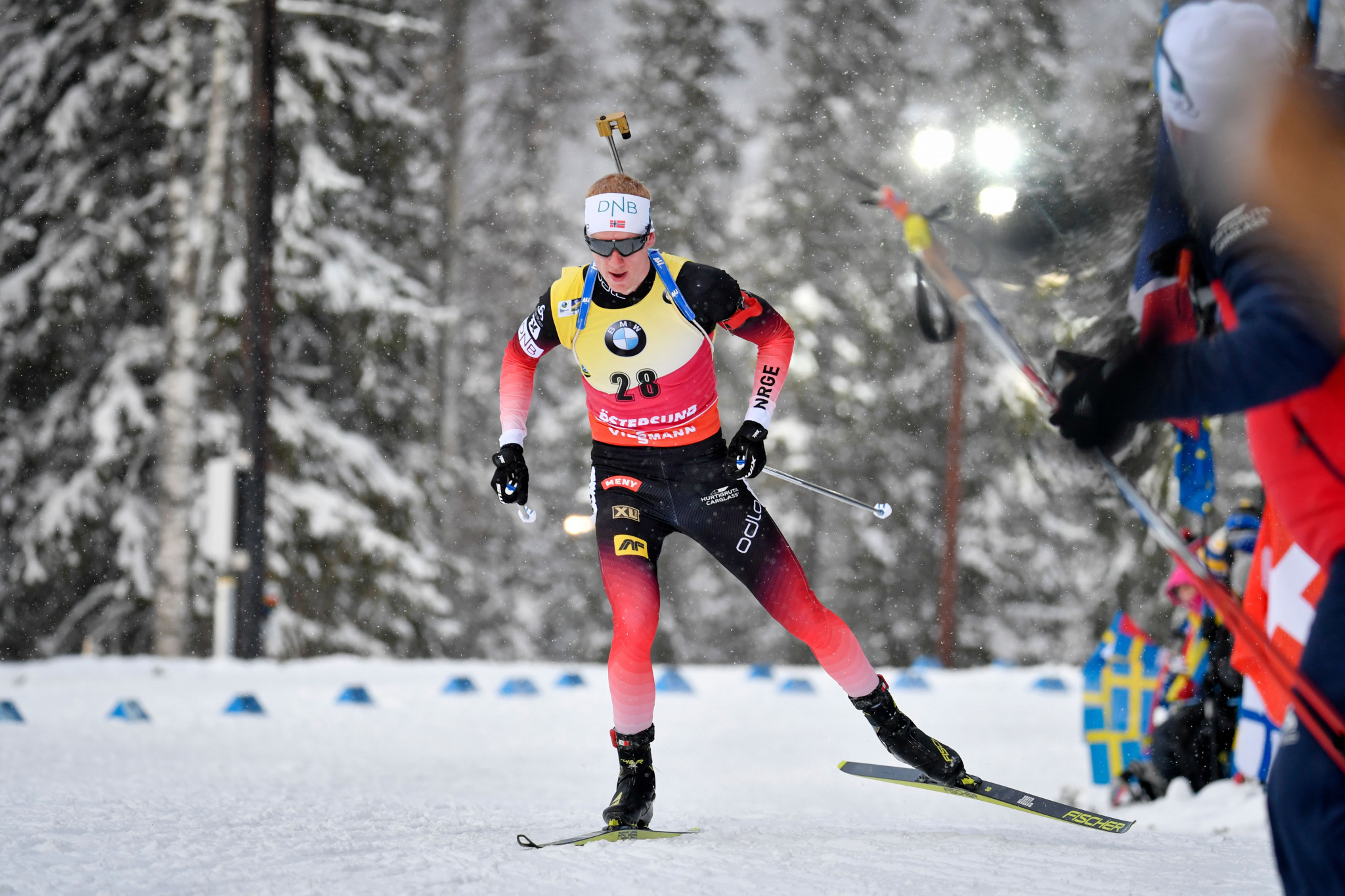 Norway's Johannes Thingnes Bø secured his second gold medal of the International Biathlon Union World Championships as he powered to victory in the men's sprint in Östersund.

Bø beat Russian Alexander Loginov by 13.3 seconds as he crossed the line in a time of 24min 37.6sec to add the individual sprint title to the gold medal he won as part of the victorious Norwegian relay team on the opening day of the event.

Quentin Fillon Maillet of France finished third, 16.5 seconds slower than the triumphant Norwegian, to seal the first World Championships medal of his career.

Ukraine's Dmytro Pidruchnyi was closely behind in fourth.

Victory for Bø continued the 25-year-old's dominant run of World Cup form this season as he has already secured the sprint crystal globe.

Bø, the reigning Olympic 20km champion, last clinched the world sprint title in Kontiolahti in Finland four years ago.

"I'm very happy; it has been three years since the last time I won the sprint in Kontiolahti," Bø said.

"I was shaky in my body this morning and I had some nerves.

"I decided to do things like in the other World Cups.

"I managed to do this and that is quite impressive."

Bø made an ominous start to the race as he opened up an early lead thanks to a combination of clean shooting and rapid skiing.

A mistake at the standing prone stage briefly allowed Loginov to take first place but it did not last long.

Bø saved his most formidable skiing for the last loop as he surged to another major title.

The World Championships continue with the men's and women's pursuit events tomorrow.