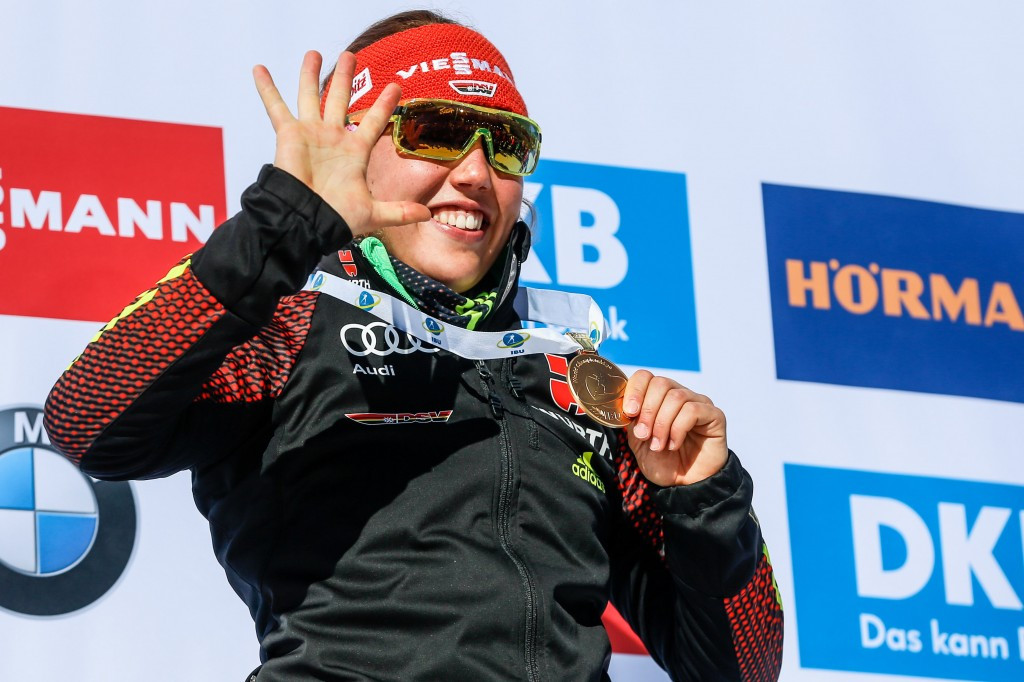 Germany’s Laura Dahlmeier claimed her fifth gold medal of the 2017 International Biathlon Union (IBU) World Championships after shooting clean to win the women’s 12.5 kilometres mass start event on the final day of action in the Austrian town of Hochfilzen.

Dahlmeier took control in the final kilometre, passing the United States’ Susan Dunklee to triumph in a time of 33min 13.8sec.

Fast-finishing Finn Kaisa Mäkäräinen rounded out the podium with one penalty, 20.1 behind, at the expense of Czech Republic’s Gabriela Koukalová.

Dahlmeier won a medal each time she set foot on the Hochfilzen tracks, also winning gold in the 15km individual, the pursuit, the women's relay and the mixed relay.

Her only non-victory resulted in a silver medal in the sprint.

"At the moment, I have not realised all of this," said Dahlmeier, who has won a medal in her last 11 World Championship starts

"I tried to give my best in every race; I really like this place and always had great races here.

"The 11th medal in a row is great but it was not on my mind today.

"The most important thing was to stay focused on shooting."

Austria’s Simon Eder was 10.1 behind in the bronze-medal position, also shooting clean.

"This was my last chance; it is amazing to get this title in the mass start," Schempp said.

"The previous days have not been so easy explaining every day in the mixed zone why I did not win a medal."

Eder and Schempp both cleaned in the final standing stage to set up a battle for the gold medal.

The latter made a big move though on the uphill and pulled away to seal victory.

"Today was much easier," Schempp added.

"After the last shooting, I was sure I could win.

"I felt good on the tracks and gave all I had on the uphill.

"Today was my perfect race."