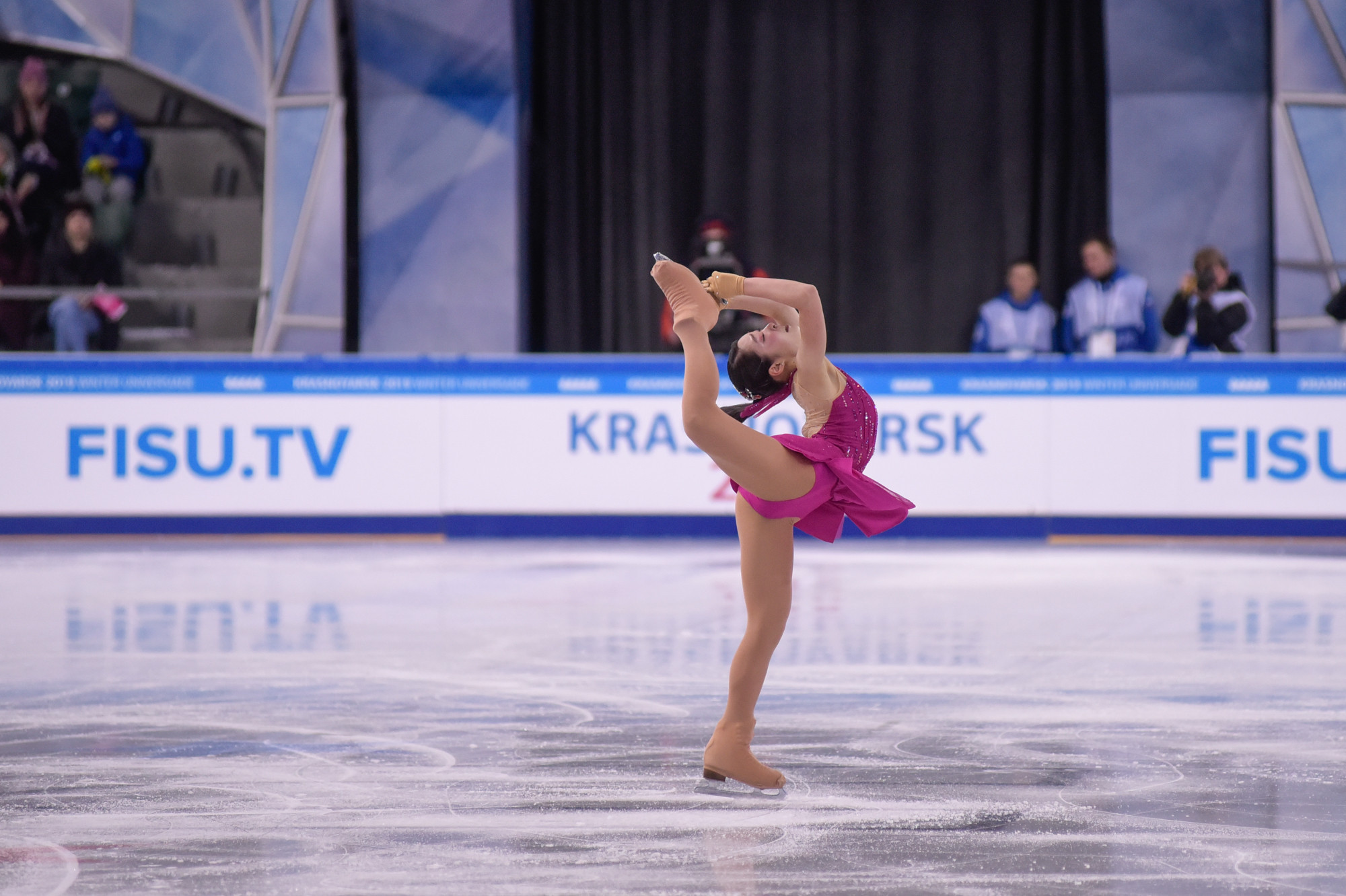 Japan's Mai Mihara built on her lead from yesterday's short programme to win the women's figure skating at the Krasnoyarsk 2019 Winter Universiade.

The 19-year-old went into today's free skating competition at the Platinum Arena with a five point lead, having won yesterday's short with a score of 75.92.

"The Winter Universiade 2019 is a great experience and I do my best to show the best result," said Mihara.

In second was Kazakhstan's Elizabet Tursynbaeva, who began the day in fourth.

Her free skating performance was actually the best in the competition, with her score of 147.20 giving her a total of 214.77.

Russia's Stanislava Konstantinova moved down from second to third, finishing with 205.91 points.

The women's competition concluded the figure skating action at this year's Universiade here.

Over at the Ivan Yarygin Sports Palace, the finalists in both the men's and women's curling competitions were decided.

In the women's event, South Korea comfortably beat China 12-5 in their play-off match, before defeating hosts Russia 7-4 in the semi-final.

They will play Sweden, who triumphed against Britain 10-2 to progress to tomorrow's final.

Despite winning the round-robin tournament, Britain lost to Norway 8-6 in the first of the men's semi-finals.

Canada was the victor in the other, narrowly beating Switzerland 9-8.

It was also a significant day in the men's ice hockey at the Crystal Ice Arena.

Both Kazakhstan and Canada had already taken the two semi-final places from Group A, but faced each other today to determine who would finish first and second.

Kazakhstan edged past the Canadian team 4-3 to earn a semi-final place against Slovakia, the winners of Group B.

The final qualifying place from Group B was to be decided by a match between hosts Russia and the Czech Republic, with the victor progressing.

Russia went 1-0 up in the first minute and stayed ahead for the first period, extending their lead to 2-0 in the second.

The Czech Republic responded with a goal but the Russian side dealt with this comeback by scoring two more, making it 4-1.

Again the Czech side fought back, this time with two goals, but again Russia consolidated their lead with two more.

The final score of 6-3 put Russia through to a semi-final clash against Canada.

These matches will be played on Monday (March 11).