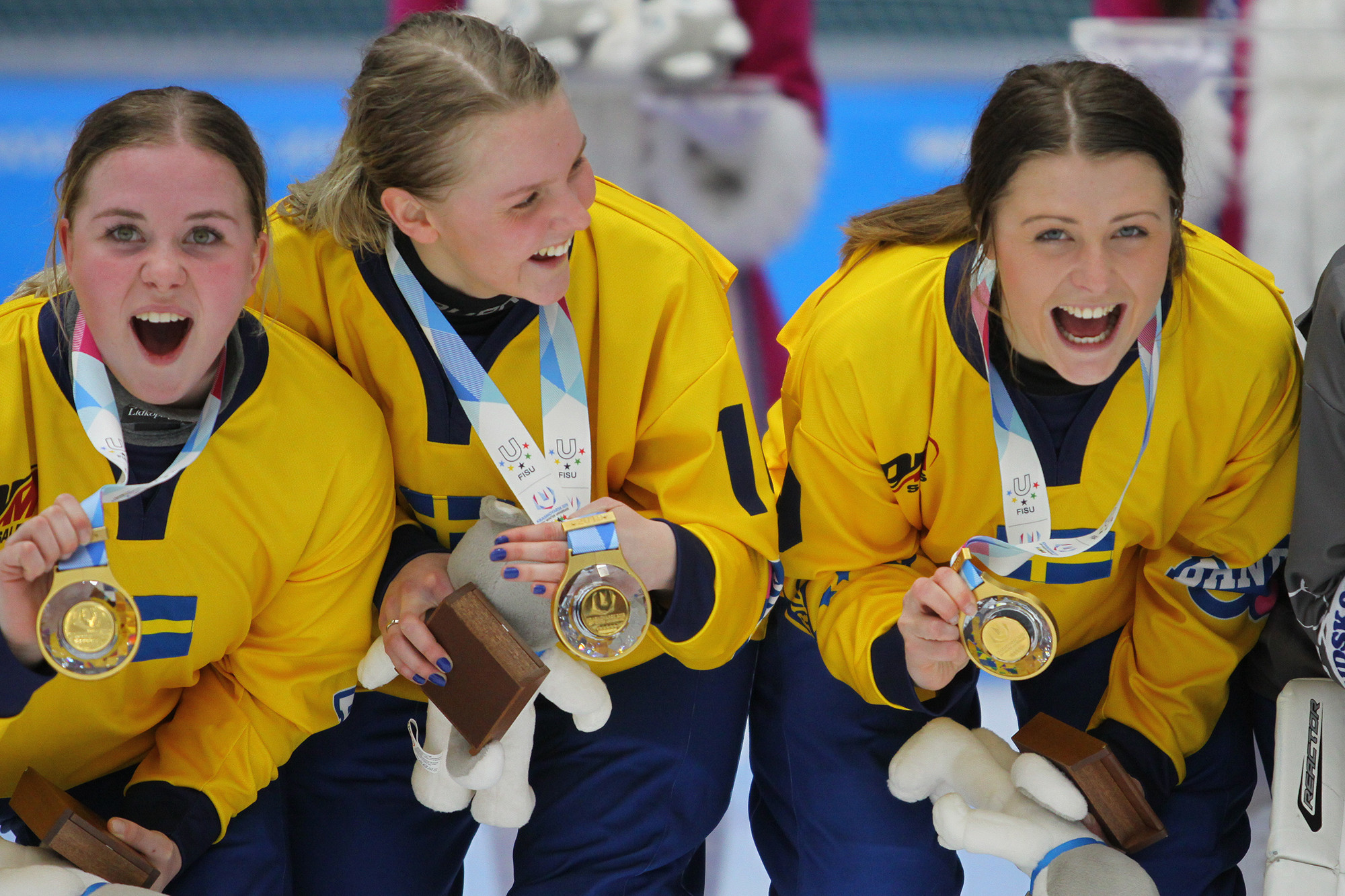 Sweden stunned hosts Russia with a late comeback to win the women's bandy final 5-3 at the Krasnoyarsk 2019 Winter Universiade here.

Russia dominated the first half of the final at the Yenisei Arena, going into the break 2-0 up with goals from Olga Bogdanova and Anastasiia Denisova.

Sweden responded in the second half with two goals from Matilda Svenler, but Russia immediately went 3-2 ahead through Karina Lipanova.

The score remained like this until ten minutes before time, when Sweden launched their comeback.

Ida Friman equalised for Sweden in the 83rd minute with an accomplished individual goal, before her team were awarded a penalty in the 85th minute.

This was converted by Svenler, giving the forward a hat-trick and Sweden the lead.

With Russia's gold medal slipping away from them in front of a home crowd, the hosts desperately tried to score an equaliser.

This left the side open defensively, with Sweden's Linnea Larsson capitalising on this and making it 5-3 in the 87th minute.

Russia were left stunned at the final whistle while the Swedish team celebrated.

The gold medal was not only Sweden's first in Krasnoyarsk, but also the first in bandy to be awarded at a Unviersiade.

The sport, popular in Russia, is making its debut at the competition.

Sweden had competed against Russia, Norway and the United States in the women's event.

Norway comfortably beat the United States 4-1 in the bronze medal match, with Lene Aamodt, Linnea Groenquist, Martine Holm and Ingebjoerg Kvaal-Knutsen scoring for the winning side.

It was also a significant day in the curling at the Ivan Yarygin Sports Palace.

The round robin competition came to its conclusion, with the men and women's semi-finalists decided.

In the women's competition, Russia celebrated a 7-5 win over Sweden in their final match to join their opponents at the top of the standings with seven wins and two defeats.

Canada thrashed South Korea 9-1 to match that, but the head-to-head record meant Sweden and Russia progressed into the semi-finals while Canada will compete in the play-offs.

Canada will face Britain, who were beaten 10-8 by China to end a mixed round robin campaign with five wins and four losses.

China finished fifth and will meet South Korea in the play-offs.

Britain topped the standings in the men's competition after their 8-6 victory over Russia ensured they finished with seven wins and two defeats.

Canada won 8-7 against China to end as runners-up and join Britain in the semi-finals.

Third placed Switzerland will play the Czech Republic tomorrow, with the winners advancing to a semi-final against Britain.

The other play-off will see Norway face Sweden for the right to take on Canada.