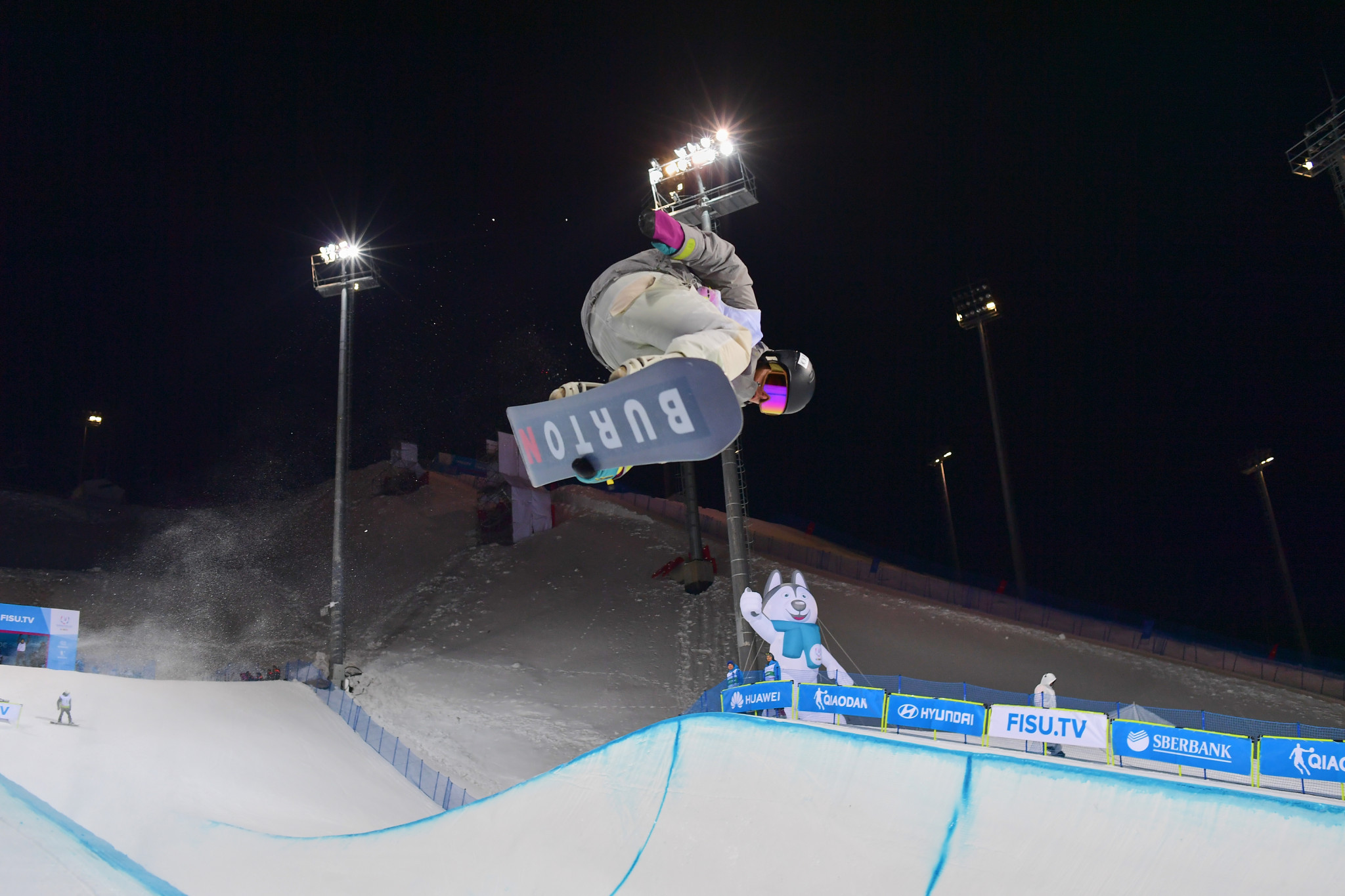 Russia's Nikita Avtaneev saved the best run of the men's snowboard halfpipe final until last as he clinched a dramatic gold medal at the Winter Universiade here.

The Sochi 2014 Olympian had failed to trouble the medal positions in the first run of the final, despite topping qualification at the Sopka Cluster.

He was set a daunting challenge to take the gold, with South Korea's Kweon Leejun having improved on his first run score by receiving 92.75 points for his second attempt.

Kweon was only able to watch as Avtaneev delivered a strong routine to delight the home crowd, with his score of 95.50 taking gold.

The score left Kweon settling for the silver medal, while Finland's Axel Thelen won bronze on 85.50.

The Pyeongchang 2018 Winter Olympian scored 83.50 points in her first run to win the gold medal.

China's Qiu Leng improved in her second run by scoring 83.50, but it proved only enough for second place.

Her team-mate Qu Shaotong took the bronze on 70.50.

Ivan Kuznetsov mirrored the achievement of his compatriot Ekaterina Tkachenko in the women's giant slalom yesterday, as he secured the men's title.

A strong first run proved the platform for Kuznetsov to win the competition, although a near perfect performance was achieved with the second fastest time in the final run.

The Italian achieved the fastest second run time to rise up the standings from sixth place at the midway point.

Bronze was claimed by Switzerland's Livio Simonet, who finished in 1:56.21.

Their team-mates Andrey Sobakarev and Polina Nekrasova took silver in 22:22.02, while Finland's Joonas Sarkkinen and Katri Lylynpera completed the podium in 22:29.26.

The duo secured gold with 183.01 points, ahead of their compatriots Sofia Evdokimova and Egor Bazin with 181.33.

Japan's Mai Mihara leads at the halfway mark of the women's competition after scoring 75.92 points in the short programme.

The synchronised skating event is led by Finland on 85.49 with Russia lying in second place on 82.23.

The second Finnish team complete the top three on 81.50 heading into tomorrow's competition.

The host nation were able to break their own record for the most medals won by a single nation at a Winter Universiade today.

Russia’s set the previous standard two years ago in Almaty when they secured 71 medals in the Kazakh city, including 29 gold, 27 silver and 15 bronze.

With four more days of medal action to go, Russia have already earned 78 medals here, with 27 gold, 29 silver and 22 bronze.

South Korea are the only other nation to have more than two golds, with last year’s Winter Olympic hosts boasting six gold, three silver and four bronze.