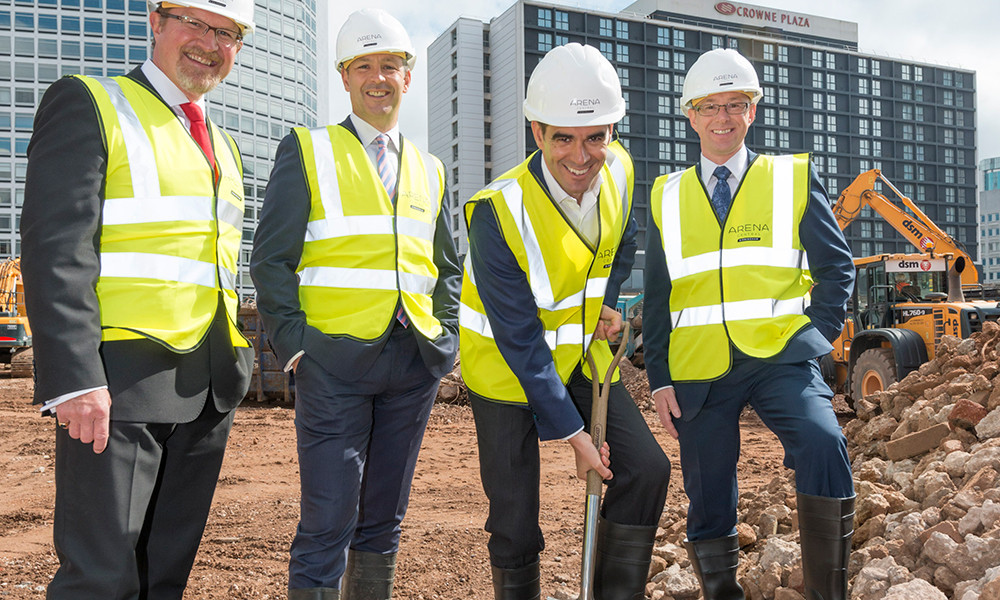 Apprentices are at the forefront of Birmingham City Council's effort to deliver some of the key infrastructure projects that are needed for the 2022 Commonwealth Games, leaving it with a skilled workforce that will continue to benefit the region for years to come, it has been claimed.

Commitments secured by the Council through various mechanisms, including the Birmingham Business Charter for Social Responsibility, mean that the lead contractor on the residential element of the Commonwealth Games Village will provide the development of on-site training and engagement facility and a related £1.28 million ($1.67 million/€1.49 million) package of training thanks to funding unlocked by the West Midlands Combined Authority.

They will also provide 1,000 pre-employment training places, giving those involved the skills and industry accreditation to work on construction sites more widely in the city and region, 50 existing apprenticeships working on site via the project’s supply chain and the creation of 400 jobs, including 50 new apprenticeships and 30 paid summer intern six-week placements.

Details of the scheme have been released to coincide with the celebration in Britain of National Apprenticeship Week 2019.

Talks are also underway with the contractors leading on the refurbishment of the Alexander Stadium, which will be used for athletics as well as the Opening and Closing ceremonies at the Games, to create further apprentice-related agreements via their Birmingham Business Charter for Social Responsibility local employment commitment.

Apprenticeships will also be at the heart of the effort to deliver transportation improvements in and around Perry Barr being developed to aid movement during the event and for the wider community's benefit in years beyond, Birmingham City Council claimed.

Apprentices are playing a key role in the delivery of the #Birmingham2022 Commonwealth Games - to mark #NAW2019, here's a video featuring the stories of two workers demolishing the site set to be used for the Games Village.

Among other ideas being considered is the establishment of a regional Commonwealth Games training academy in collaboration with further education colleges to offer people a chance to develop skills and experiences beyond those needed in the construction sector.

"The employment and skills legacy is one of the ways in which the positive impact will spread far beyond athletic endeavour.

"You only need to look at the number of cranes in the sky to see that Birmingham is booming but, the number of apprenticeships in the city have not kept pace with these economic opportunities.

"As a Council, we are committed to seeing the number of apprenticeships increase in the whole spectrum of jobs and industries and we are using procurement as a tool to create new apprenticeships through the supply chain and with major employers.

"The Commonwealth Games will improve the lives of individuals who get opportunities to work on the projects supporting the event and the city will benefit long-term from an upskilled workforce so we are ready to deliver on other projects that come our way as a result of the enhanced international profile the Games will give the city and wider West Midlands."