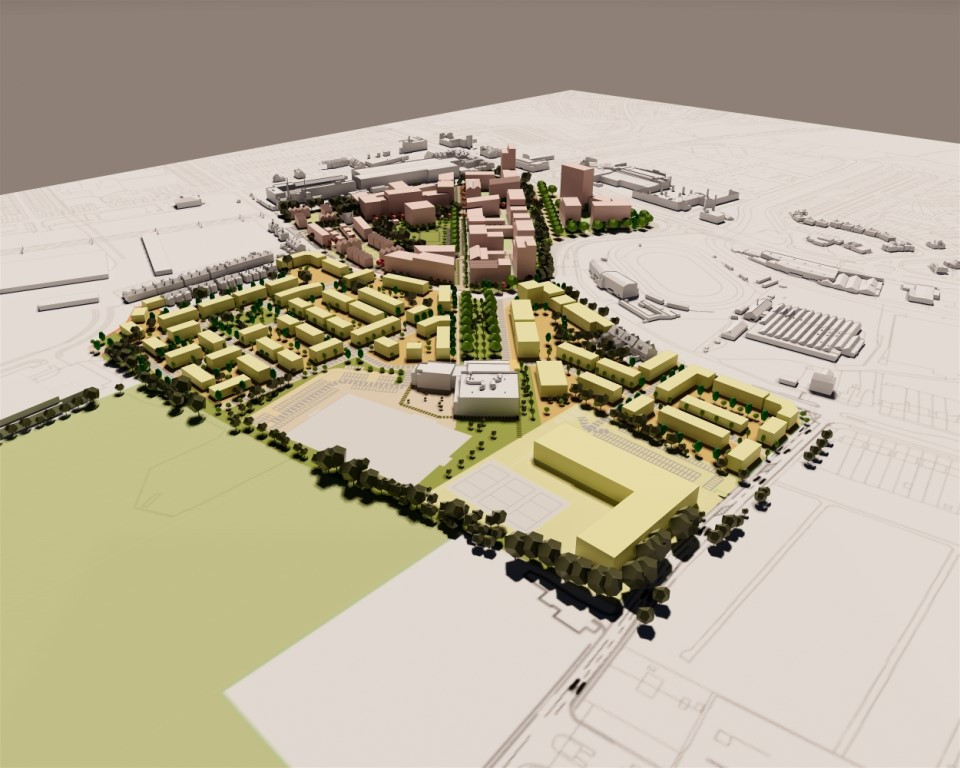 Proposals for around 400 new homes have been unveiled for the second phase of the regeneration of Perry Barr following the conclusion of the 2022 Commonwealth Games in Birmingham.

The area, between Holford Drive and Aldridge Road in Perry Barr, is adjacent to the site of the former Birmingham City University Campus.

The Campus is already being demolished to make way for the residential element of Birmingham 2022's Commonwealth Games Village, which will then be converted into approximately 1,400 new homes for the public post-Games.

The phase two site is only due to come forward for development after the Games, as it will initially form part of the Athletes' Village, accommodating a number of Games-time facilities such as the athletes' dining hall and other temporary facilities.

The area will also benefit from a number of transport improvements, enhancements to Holford Drive to enable better access to the new school, and improvements to Perry Barr railway station.

There will also be a sporting legacy, it is claimed, through improved access to facilities in the area, including the retained Doug Ellis Sports Centre and associated all-weather pitch currently at the heart of the phase two site.

A drop-in session is being staged on February 20 for existing residents to find out more about the plans for the housing and the school.

This will be held at the Doug Ellis Sports Centre.

"Birmingham is a growing, thriving, city and we are projecting a population increase of 150,000 by 2031 - so it is crucial we deliver the housing, infrastructure and jobs to support our young and growing population," Councillor Ian Ward, the leader of Birmingham City Council, said.

"Phase two of the wider regeneration vision for Perry Barr will play a significant part in achieving our goals, providing a high-quality neighbourhood for people and the best possible standard of living in Birmingham.

"This scheme will build on the magnificent progress we have achieved on phase one.

"It normally takes three years for a Commonwealth Games Village project to obtain planning consent, but thanks to the 'can do' attitude of the Council and its partners, we have already done the job in just 12 months."

Following the end of consultation, which closes on March 4, 2019, all comments will be reviewed with any appropriate changes then being made before the submission of an outline planning application.

This comes prior to an anticipated decision by the Council Planning Committee later this year.

The secondary school, proposed to the Department for Education, would open in 2021 if approved.

Birmingham was only awarded the Commonwealth Games on December 21 in 2017 after Durban in South Africa was stripped of the hosting rights for financial issues.

The city therefore has a shorter time than normal to prepare.