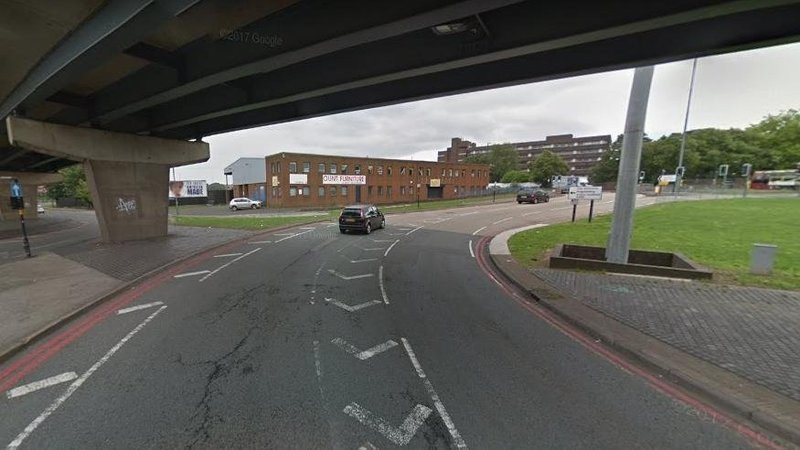 A programme of highway infrastructure improvements at Perry Barr to support the Birmingham 2022 Commonwealth Games and its regeneration legacy are due before the city council's Cabinet next week.

It includes the removal of the A34 flyover, the retention of the A34 underpass and the replacement of the A34/A4040 roundabout with a four-arm traffic signal junction.

In addition, there would be new cycling routes, improved footpaths, removal of subways and landscape improvements.

If the Cabinet approves the scheme next Tuesday (February 12), a period of formal public consultation would follow later this year.

One of the two options rejected in favour of the recommended scheme was the removal of the A34 flyover and the A34 underpass, and replacement of the A34/A4040 roundabout with a four-arm traffic signal junction.

Also turned down was the retention of the A34 flyover and the A34 underpass, and replacement of the A34/A4040 roundabout with a four-arm traffic signal junction.

"The recommended option contains a variety of highways works and will bring a wide range of meaningful benefits for the people of Birmingham," Councillor Waseem Zaffar, Cabinet member for transport and environment at Birmingham City Council, said.

"It will knit Perry Barr Centre back together as part of a once-in-a-generation transformational project which would also help achieve a shift in transport use, supporting our clean air strategy and improved bus reliability.

"There would also be improved accessibility for cyclists and pedestrians through new routes and upgraded paths.

"I fully understand the concerns that have been raised locally, but the recommended option is based on detailed research and modelling - and once the 11 days of Birmingham 2022 sport is complete, it will leave Perry Barr with a better transport network for the years ahead, making the area a place where people want to visit, shop, work or live."

In December, planning permission was granted for the residential element of Birmingham 2022's Athletes' Village.

Birmingham City Council approved a wider regeneration scheme for the Perry Barr area which will provide around 1,400 new homes.

They are being built on the site of the former Birmingham City University in the English city, and will be home to 6,500 athletes and officials at the 2022 Games.

The development, unanimously approved by Birmingham City Council's Planning Committee, will also include a retirement village and a community centre.

Birmingham was only awarded the Commonwealth Games on December 21 in 2017 after Durban in South Africa was stripped of the hosting rights for financial issues.

It therefore has a shorter time than normal to prepare.

"Hosting the Commonwealth Games will be a catalyst for further regeneration in Birmingham, bringing forward schemes and projects that would otherwise take much longer to deliver," Councillor Ian Ward, leader of Birmingham City Council, who headed the successful bid, added.

"And, with the Birmingham Development Plan already identifying Perry Barr District Centre as a key growth area, the removal of the flyover is critical if we are to deliver new jobs and homes.

"We want the people of Perry Barr to benefit from the Games long after the event itself and this scheme will improve transport connectivity between the Birchfield retail core, the One Stop Shopping Centre and the Commonwealth Games Village residential sites, whilst also paving the way for further development once the Village has been retrofitted to create new homes."

If approved following public consultation, work would begin on the Perry Barr project in early 2020 with a completion date of late 2021.

It is acknowledged the delivery of the changes to the highway will result in some disruption to users.

The project team intends to work with Transport for West Midlands to endeavour to keep traffic disruption to a minimum through a phased construction approach, the co-ordination of the highway contract with adjoining contracts, and the introduction of a travel demand management strategy to promote travel time planning and mode shift to other forms of transport.