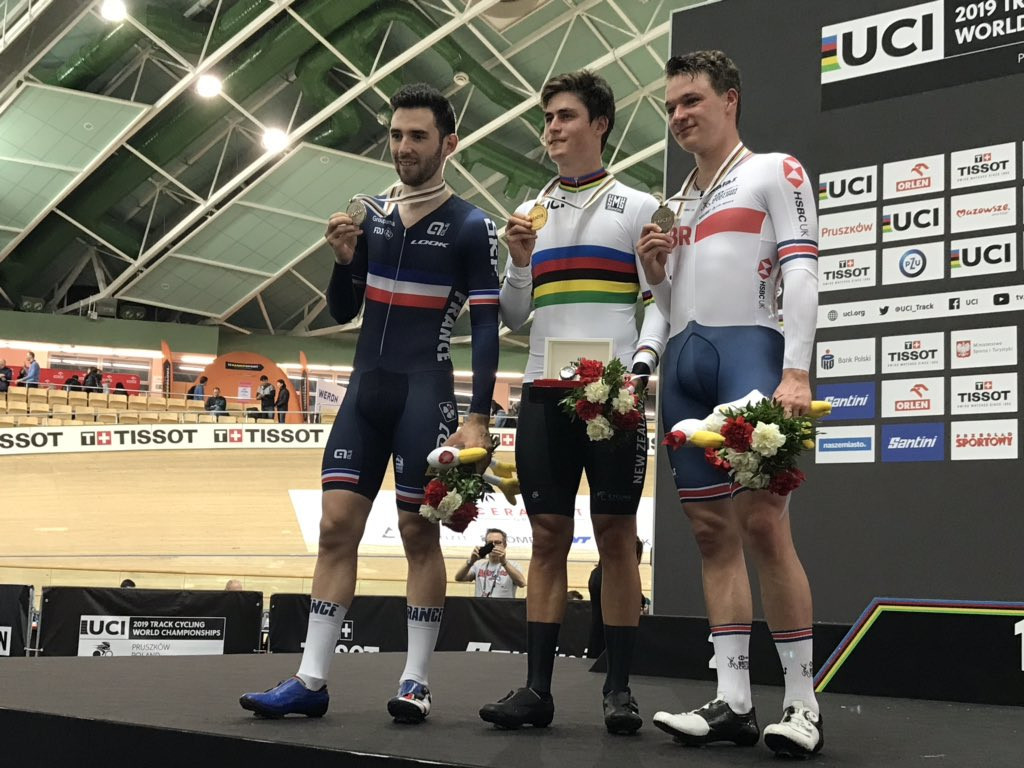 Stewart found himself in second place after the scratch, tempo and elimination races behind Great Britain’s Ethan Hayter.

But with 16 laps of the 25 kilometres distance left in the points race, the Kiwi gained a crucial lap to claim victory at the Puszków Arena.

Hayter eventually had to settle for third place on 118 points with France's Benjamin Thomas also passing the British rider by lapping the field as well.

"I just didn't follow [Stewart]," Hayter was reported as saying by BBC Sport.

Among today’s other winners were The Netherlands’ Kirsten Wild, who defended her women’s omnium title yesterday, and Amy Pieters in the women’s Madison.

The race was neutralised in the latter stages after a crash saw New Zealand's Michaela Drummond taken away on a stretcher.

There was also success today for Russia’s Daria Shmeleva in the women’s 500 metres time trial and Australia’s Ashlee Ankudinoff in the women’s individual pursuit.

Shmeleva clocked a winning time of 33.012sec with Ukraine’s Olena Starikova second in 33.307 and Australia’s Kaarle McCulloch third in 33.419.

New Zealand’s Kirstie James had to settle for fourth place in 3:34.188.