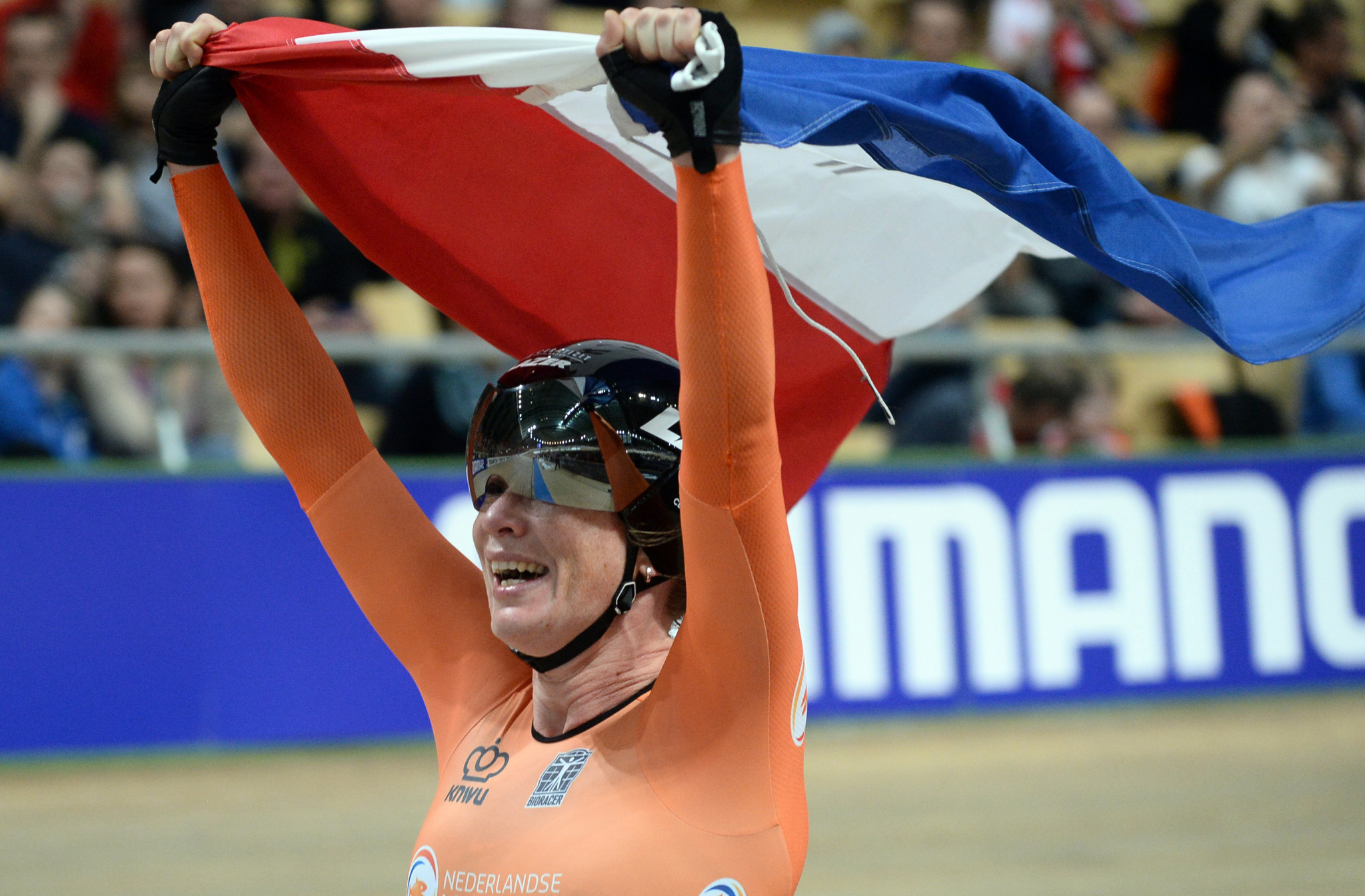 The 35-year-old won a fifth global crown in all as she ended on 117 points at the Puszkow Arena.

Wild was fourth in the scratch race, sixth in the tempo race and second in the elimination.

She then came 11th in the points race to edge out Italy's Letizia Paternoster who finished on 115.

It means a second medal for Wild in Poland after she clinched silver behind Britain's Elinor Barker in the scratch race.

Bronze today went to Jennifer Valente of the United States on 106.

She beat Australia's Stephanie Morton in straight rides in the final as Mathilde Gros of France doubled up against Germany's Lea Sophie Friedrich for bronze.

He claimed a first major individual title by gaining three laps on the field and ending on a score of 104.

Quentin Lafargue was another to win a maiden world crown as the Frenchman triumphed in the time trial.

He completed the 1,000 metre distance in 1min 029sec as The Netherlands' five-time world champion Theo Vos had to settle for silver in 1:00.388.

The penultimate day of the Championships tomorrow will see medals decided in the women's time trial, madison and individual pursuit.

The men's omnium will also be held.