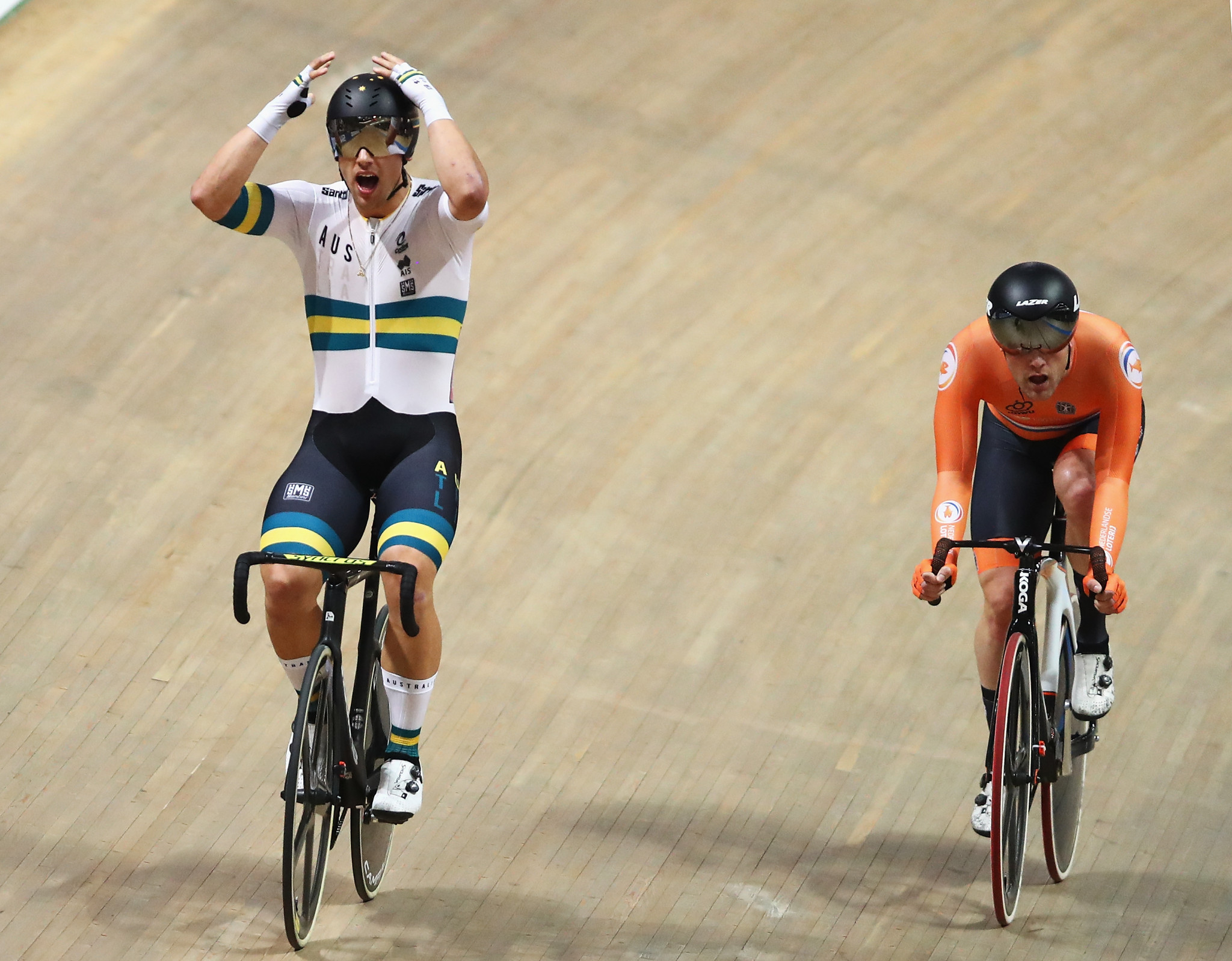 Sam Welsford won two golds in the space of 30 minutes at the International Cycling Union Track Cycling World Championships in Poland on a day of Australian dominance.

The 23-year-old won a third team pursuit world title at the Puszkow Arena in a world record time and then rode to his first individual global crown as he clinched top honours in the men's scratch.

Australia also won the women's team pursuit as the country triumphed in three of the four medal events contested on day two.

Dutch rider Matthijs Büchli was the night's other big winner as he came out on top in the men's keirin.

Ethan Hayter, Ed Clancy, Kian Emadi and Charlie Tanfield had to settle for silver on 3:50.810.

The scratch race was held over 60 laps with Welsford making it home in front of The Netherlands' Roy Eefting and New Zealand's Thomas Sexton.

Büchli won his second gold of the Championships in the keirin as he added to his team sprint title with the Dutch which he claimed yesterday.

Women will battle for the podium in the sprint and omnium.