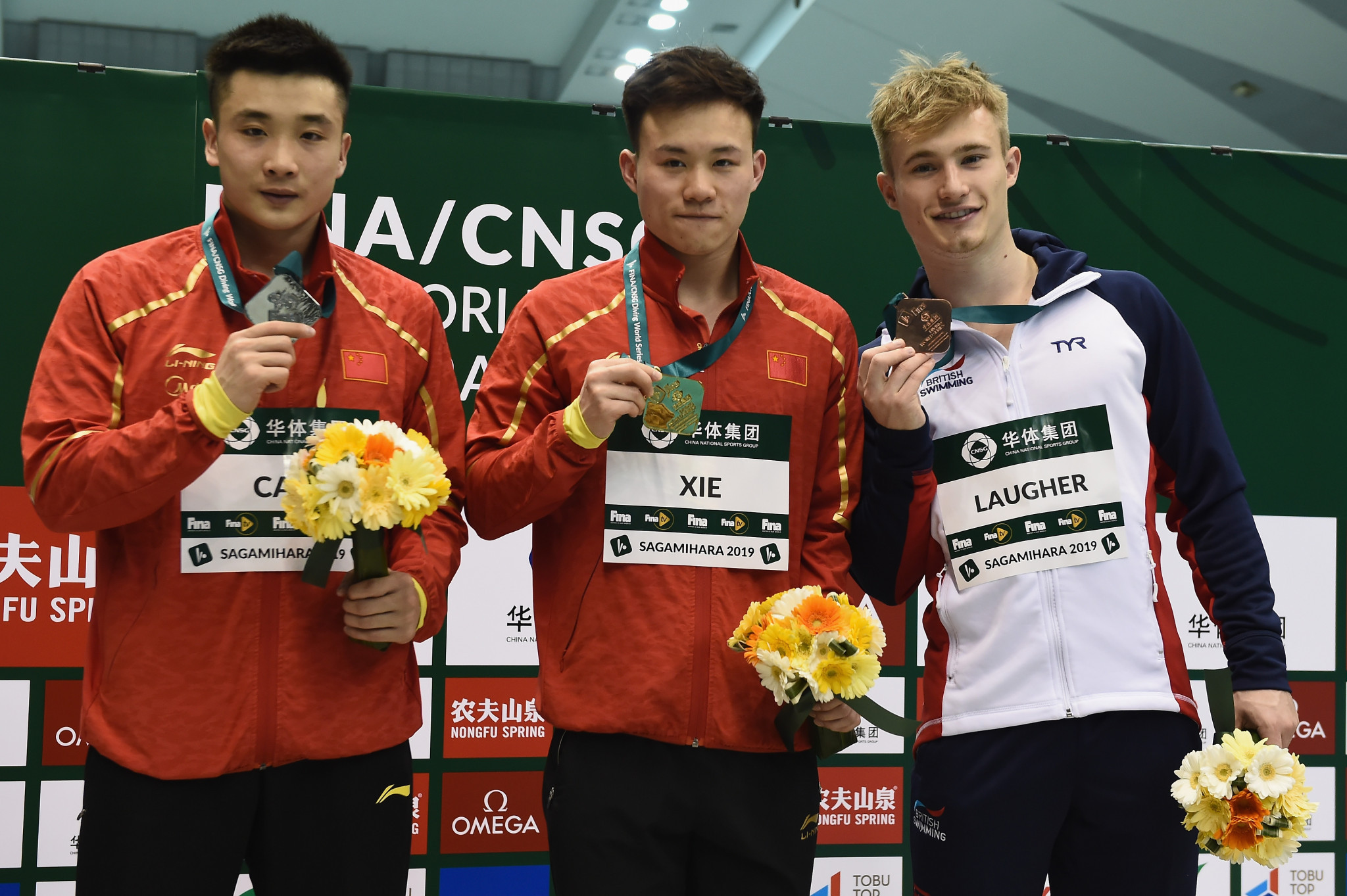 China’s domination at the International Swimming Federation (FINA) Diving World Series event in Japan continued on day two as its athletes won all three of the events being staged for the first time in Sagamihara’s Green Pool.

Double Olympic champion Cao Yuan, who secured gold medals in the men’s 10 and 3 metres synchronised events on day one of the season-opening event, had to settle for silver in the men’s individual 3m springboard event behind his partner from the day before, Siyi Xie.

Another show of mastery from the Chinese. This time Xie Siyi winner of the men´s 3m Springboard final in action.
Watch DWS on 📺 https://t.co/bEozhdW5qV. 🌍💦#FINA #FINAtv #Diving #DWS19 pic.twitter.com/wgSP01XoVe

Earlier in the day, the women’s 10m platform title had gone to China’s Jiaqi Zhang, with 393.30 points, with compatriot Qian Ren taking the bronze medal with 371.40.

The final event of the day, the mixed 10m synchronised, also went to China with a total of 360.33 points.