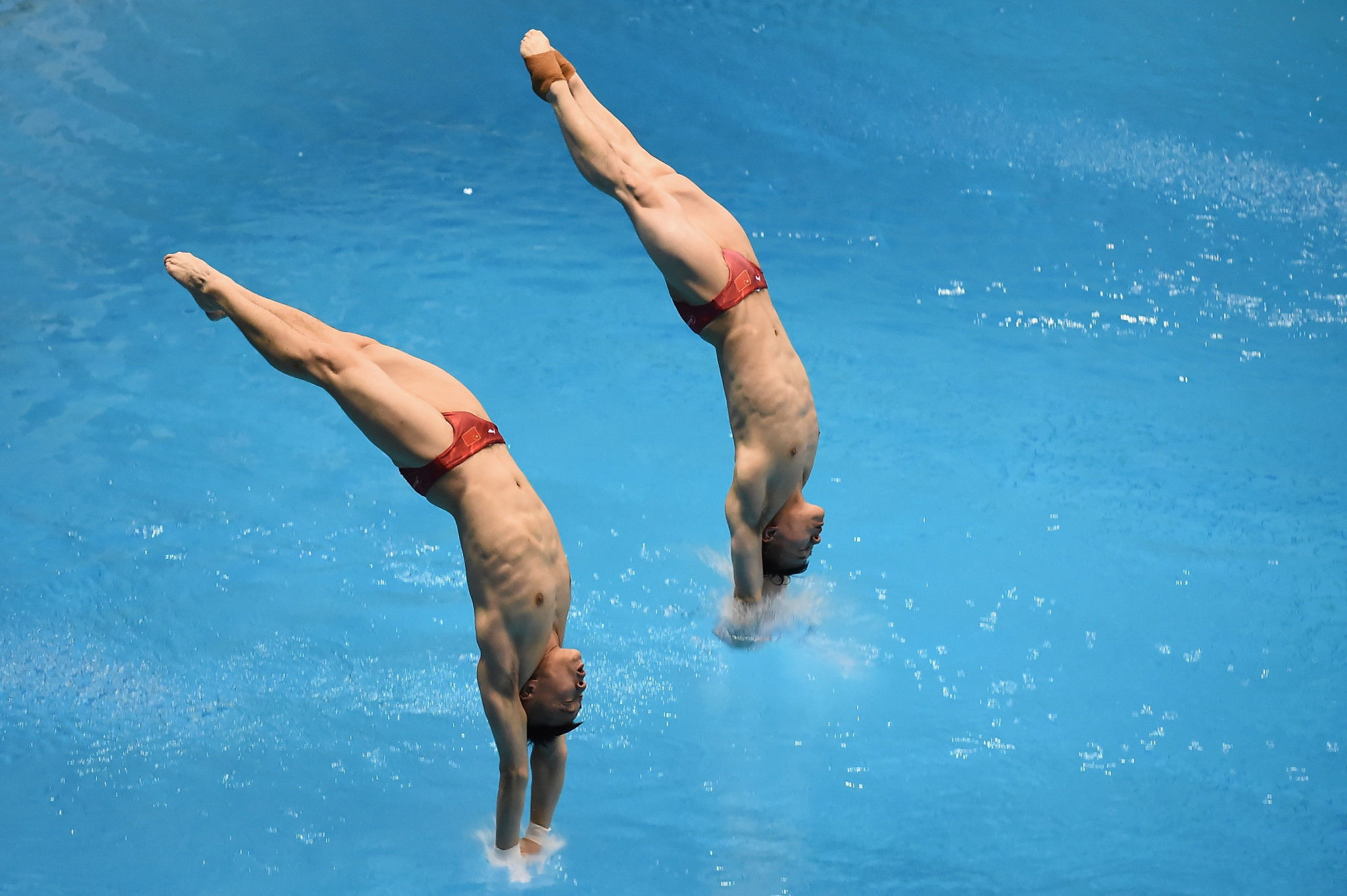 Today he triumphed in two events at the season-opener of the World Series, held at Sagamihara Green Pool.

His first gold came in the men's 3m synchronised event alongside his team-mate Xie Siyi.

They scored a total of 446.82 points to win, more than Mexico's Jahir Ocampo Marroquin and Rommel Pacheco Marrufo in second with 427.86 and Great Britain's Olympic champion Jack Laugher and Daniel Goodfellow in third with 420.51.

Cao's second gold medal was in the 10m synchronised competition, achieving a score of 465.24 points with his team-mate Chen Aisen.

There was further for success for China in the women's event, with Zhang Jiaqi and Lu Wei taking victory in the 10m synchronised event with 340.44 points.

North Korea's Kim A Rim and Kim Mi Rae were second after scoring 319.50 points, with Canada's Caeli McKay and Meaghan Benfeito third with 311.70.

China's Shi Tingmao and Wang Han then won the gold medal in the women's 3m synchronised, scoring a total of 330.00 points.

Canada's Jennifer Abel and Melissa Citrini Beaulieu took the silver medals with a score of 302.97 points and Australia's Anabelle Smith and Maddison Keeney received bronze for a score of 301.83.

The competition is due to continue tomorrow with the mixed 10m synchronised, the women's 10m platform and the men's 3m springboard.