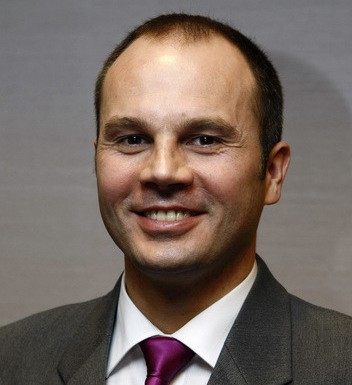 The recent spate of doping violations in weightlifting - 22 athletes suspended in the past three months - and the method of their detection sends a clear message to everyone in the sport that cheats will be caught.

That is the message from the International Weightlifting Federation (IWF) as the sport enters what is arguably the busiest period in its history, with 10 Olympic qualifying competitions being held around the world within 66 days from Saturday (February 23).

"Absolutely, you will be caught if you are doping," said Attila Adamfi, director general of the IWF, who is encouraged rather than embarrassed by the high number of adverse analytical findings (AAFs) in recent weeks.

"The recent cases give a message to the world that it’s not just one simple test you have to survive."

Eight of the athletes suspended since December 23 are from Thailand, including two Olympic champions and three world champions.

All eight were tested at the 2018 IWF World Championships in Ashgabat in Turkmenistan in November - and two of them were double offenders, as they have also come up positive in out-of-competition tests.

There were two more Olympic champions, from Ukraine and Uzbekistan, among the five cases announced on December 22 by the International Olympic Committee after further retesting of samples from London 2012.

Retesting of samples is one way the IWF can catch dopers in future, said Adamfi, who revealed that the governing body had adopted a proposal from its Independent Clean Sport Commission to "significantly increase" the number of samples to be stored, for reanalysis whenever there is an improvement in anti-doping technology.

The World Championships samples were taken to Cologne, where state-of-the-art testing technology revealed, in some cases, anomalies between athletes’ current and previous scientific data.

"It was the work of the athlete passport management unit," said Adamfi.

"Feedback from the biological passport unit can also be critical in determining which samples should be subjected to the more advanced type of testing for long-term metabolites of anabolic steroids.

"This sophisticated methodology, of which the IWF is a strong proponent, means that there is no longer effective scope for would-be cheats to use anabolic steroids in the off-season, while still hoping to test clean as competitions approach."

The International Olympic Committee (IOC) and the IWF aligned their approaches in this methodology, as it has featured in both the retesting of Beijing and London samples, as well as the Thailand cases.

Storing samples is vital to the athlete passport management unit, which is why, Adamfi said, the Clean Sport Commission’s proposal for increased storage was adopted.

Asked if other nations should be worried by the Thailand situation, Adamfi said; "Yes, absolutely.

"The same methodology can be used again.

"If you have been doping, you will be caught."

Thailand is due to host the IWF World Championships in Pattaya in September but may be forced to step aside, as any nation with three or more positives in a year is liable to suspension under the IWF’s anti-doping policy and also its Olympic qualifying rules.

Many other nations, because of their doping record since the Beijing 2008 Olympic Games, will have reduced athlete quotas for Tokyo 2020.

While "clean" nations can send teams of eight to Tokyo 2020, those with 20 or more positives since the 2008 Olympic Games - to date Armenia, Azerbaijan, Belarus, Kazakhstan and Russia - can send only two.

An independent Member Federations Sanctions Panel will rule on punishments for those nations with three or more positives in a year, and not everybody is happy with that.

The Russian Weightlifting Federation President Maxim Agapitov has proposed changes to the anti-doping policy, which will be discussed by the IWF Executive Board next month.

Agapitov is a member of the IWF Executive Board, which appointed the Sanctions Panel, but he wants all nations to be given more of a say in the appointment of independent panels, and believes only in-competition tests should count in the "three in a year" rules.

Russia is one of 18 countries that have entered athletes for the World Cup in Fuzhou, China, which starts on Saturday (February 23).

The Fajr Cup in Iran, due to start next Friday (March 1), has attracted athletes from 17 nations, including Russia, Germany, Romania, Hungary, Latvia, Croatia, Austria and Turkey from Europe.

The other events to be staged before April 30, the end of the first six-month qualifying period for Tokyo 2020, are African Zonal Championships in Kenya and Libya, the Las Vegas Open in the United States, the Arafura Games in Australia, and European, Asian, Pan American and African Championships respectively in Georgia, China, Guatemala and Egypt.

The new Olympic qualification system is based on individual performance and compels athletes to compete at least once every six months, and six times overall in the 18-month period that started last November.

"This innovative approach seems to be effective as, aligned with the IWF’s tough anti-doping activity, cheating athletes - and eventually Member Federations - will have no chance to participate at IWF events and qualify to the Olympic Games," Adamfi said

The IOC has effectively put weightlifting’s place on the Olympic Games schedule on hold beyond Tokyo 2020, because of its doping problems.

But it is supportive of the Tokyo 2020 qualifying programme, and of the IWF’s partnership with the Independent Testing Agency that started on January 1 this year.

"The cooperation with ITA will hopefully strengthen even more the tough approaches of IWF," said Adamfi.

"Like any other sport, making sure that weightlifting is clean is a team effort.

"We have worked well as a team with the IOC and WADA (World Anti-Doping Agency), and with the independent bodies in our own sport, not just to catch the cheats but to educate our athletes and our coaches and to change the culture.

"We've been very encouraged by the progress we've made and are very happy with the message it sends to young athletes thinking of committing themselves to weightlifting."