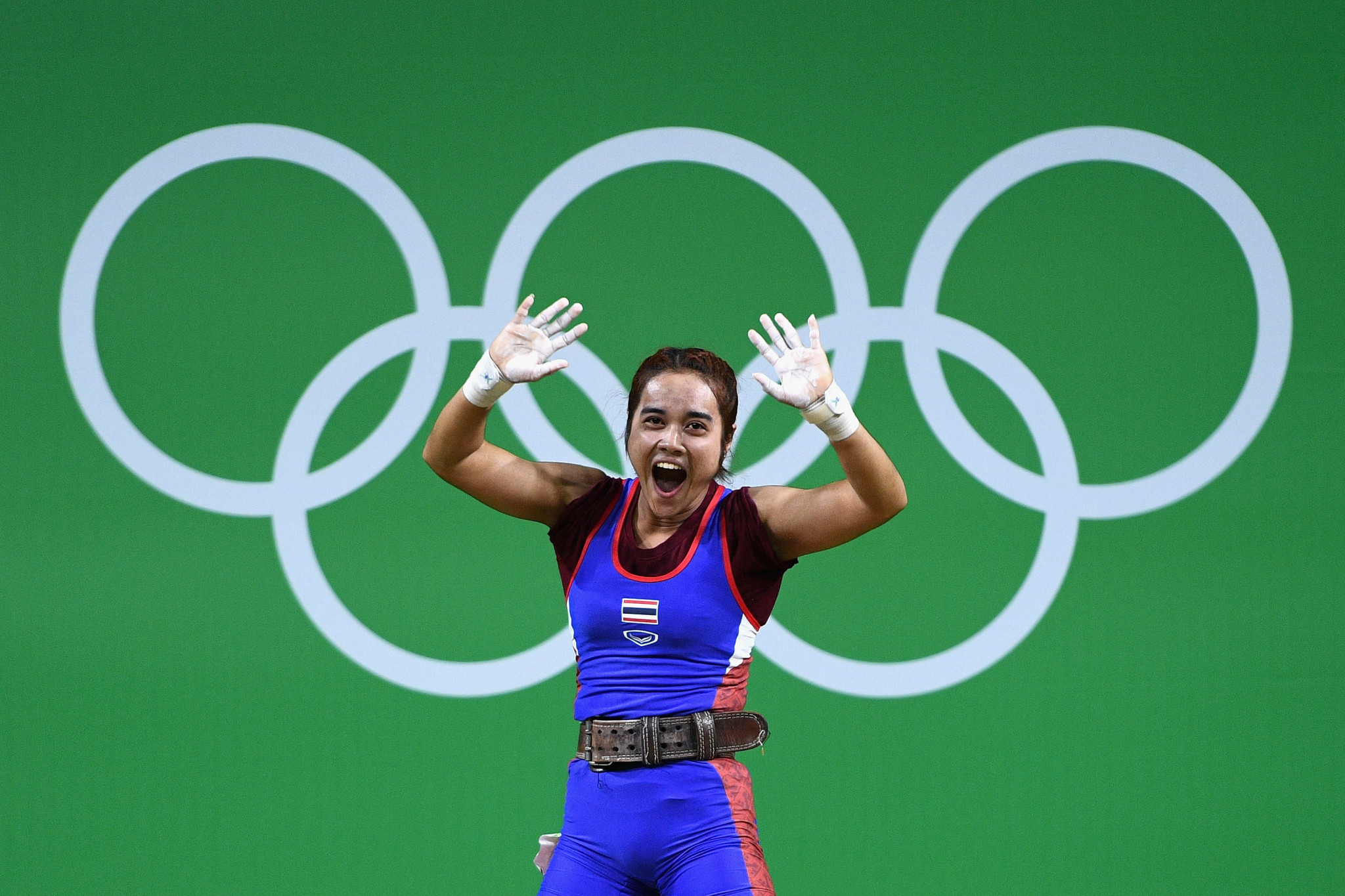 The results are likely to have devastating consequences for Thailand, which stands to lose hosting rights for this year's IWF World Championships and also faces the possibility of outright exclusion from the Tokyo 2020 Olympic Games.

The four new cases came to light because of advanced testing techniques used by the IWF in a laboratory in Cologne, on samples from "targeted" athletes.

Additionally, "any or all team officials" can be banned for up to two years.

The decision is in the hands of the Independent Member Federations Sanctions Panel, a body set up by the IWF to deal with cases such as this.

Pulsabsakul has failed for androstane with the other three failing for testosterone.

Tanasan was the IWF female weightlifter of the year in 2016, and Srisurat is one of the six nominations for the 2018 award.

Srisurat and Sukcharoen both won gold in the World Championships in Ashgabat, while two of the four - Srisurat and Pulsabsakul - were banned for doping in 2011 when they were among seven Thai teenagers who tested positive.

Having six positives at the IWF's biggest competition is a huge embarrassment to the Thailand Amateur Weightlifting Federation (TAWA) with the news announced only two weeks after a visit to the IWF's Budapest headquarters by its top officials.

TAWA said in a statement on social media that it would be holding an inquiry into the new cases, and was "greatly surprised and confused" by the IWF's announcement.

It did not reply to an email asking if it intended to withdraw from hosting the 2019 IWF World Championships, scheduled for Pattaya between September 16 and 25.

They were both in Budapest recently to meet Tamás Aján, President of the IWF, when Boossaba spoke of this year's World Championships being "better than ever" and also pointed out that weightlifting was the most popular Olympic sport in Thailand.

The IWF said in a statement: "Despite testing about 52 per cent of all participating athletes at the 2018 IWF World Championships, no adverse analytical findings (AAF) were initially recorded.

"As a result, four additional AAFs by Thai weightlifters were revealed.

"In recent years, the IWF has repeatedly demonstrated its willingness to make the most difficult decisions in favour of protecting clean athletes and promoting clean sport.

"The IWF remains committed to implement the most advanced testing techniques to ensure that the very small minority who cheat are identified and sanctioned.

"With the IWF's anti-doping efforts before, during and after the 2018 IWF World Weightlifting Championships, this was proven once again.

"To ensure an independent decision-making process, all available data has already been provided to the Independent Member Federation Sanctioning Panel for discussion and decision at their sole discretion, according to IWF Anti-Doping Policy Article 12.

"The IWF previously suspended nine Member Federations and accompanied their suspension with education and rehabilitation, in order to change cultures in high-risk countries.

"While it is regrettable that such support should be needed for a Member Federation, the IWF will not hesitate to provide it if necessary."

The International Olympic Committee's Executive Board noted "progress" made by the IWF in Tokyo in November but kept the sport's provisional status for Paris 2024.

This was despite praise for the "Tbilisi Decision" which saw nine nations - Armenia, Azerbaijan, Belarus, China, Kazakhstan, Moldova, Russia, Turkey and Ukraine - banned for a year for three or more positives in Olympic retests.