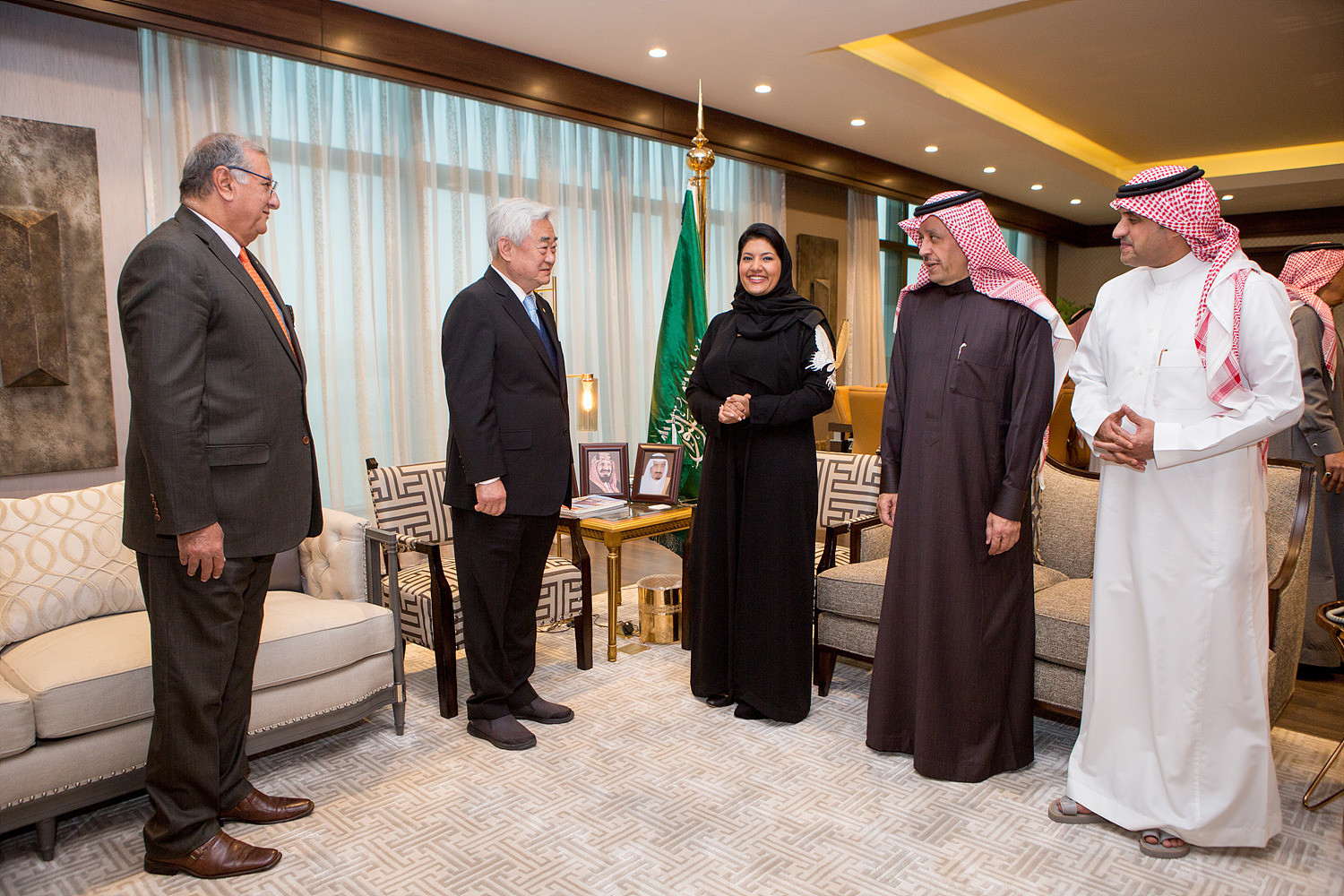 Choue met with the deputy of planning and development at the SAOC, Princess Reema Bint Bandar bin Sultan bin Abdulaziz Al-Saud, who reportedly expressed her commitment to the event in Jeddah in November.

Both Choue and Princess Reema agreed on the importance of the "historic" event, "that will empower and inspire women in Saudi Arabia and across Middle Eastern countries", according to a release put out by World Taekwondo.

"It was an honour to meet with Her Royal Highness and senior officials form the SAOC and Saudi Taekwondo Federation to discuss preparations for the first Islamic Women's Open Taekwondo Championships," Choue said.

"We are very excited to be supporting this fantastic event which will leave a lasting legacy for the region."

Choue added that World Taekwondo are "committed" to promoting gender equality and providing opportunities to take part in taekwondo, "irrespective of gender, age, nationality or ability".

"We strongly believe in the power of sport to inspire and break down social barriers," Choue said.

"These Championships will be critical in empowering women throughout the region and encourage more women and young girls to take part in sport."

During the visit, Princess Reema reportedly explained SAOC's vision and the development of sport education programmes being implemented "to benefit young children".

"The strength of taekwondo is growing steadily within Saudia Arabia," he said.