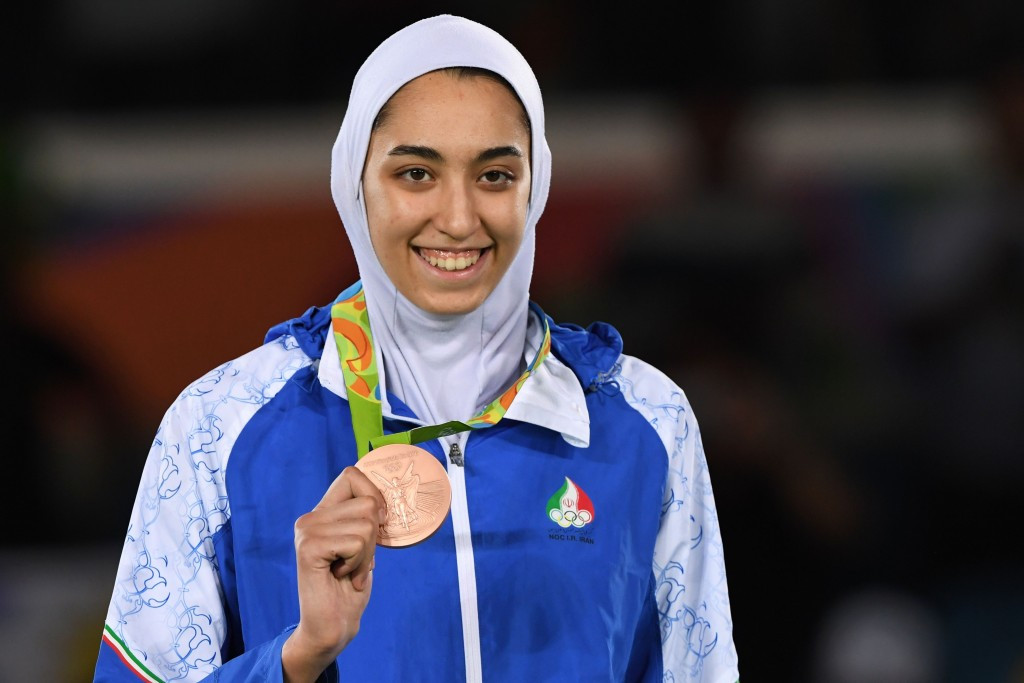 Kimia Alizadeh Zenoorin has expressed her desire to help other female athletes after becoming the first Iranian woman to claim an Olympic medal.

The 18-year-old taekwondo player was beaten by the second seed Eva Calvo of Spain in the quarter-final of the women’s under 57 kilogram event at Rio 2016.

She bounced back to win her repechage contest with Thailand’s Phannapa Harnsujin, before triumphing 5-1 in her bronze medal bout against Sweden’s Nikita Glasnović.

The result came as a surprise with Zenoorin defying her world ranking of 21, while she was the first woman from the country to win a medal in any discipline at the Olympics.

Her bronze also boosted the Iranian taekwondo team, who saw their men’s under 58kg top seed Farzan Ashourzadeh Fallah and over 80kg second seed Sajjad Mardani crash out in the early rounds.

"I had tears in my eyes from joy, but I also had a little thought: ‘I would love this to have been gold'.

"When I came here I wanted to break this enclosure, open the door, help other female athletes and also create a kind of self-confidence for people to go out there and do it.

"Obviously, now my life is going to change in that I have to be a role model.

"It will be hard for me and my social life will change but I hope to be a good representative and a good person in society for people to follow."

Zenoorin’s coach Mahroo Komrani Najaf Abadi has expressed his hope that the bronze medal will help to remove barriers to women competing in sport in Iran.

She claims the only difference between Iran and the rest of the world is that boys train with male coaches, while girls train with female ones.

Zenoorin has now set her sights on another first for Iranian sport, with the 18-year-old hoping to become the first athlete from the country to win gold at the World Taekwondo Championships.

The next edition of the Championships will take place in Muji, South Korea, in 2017.