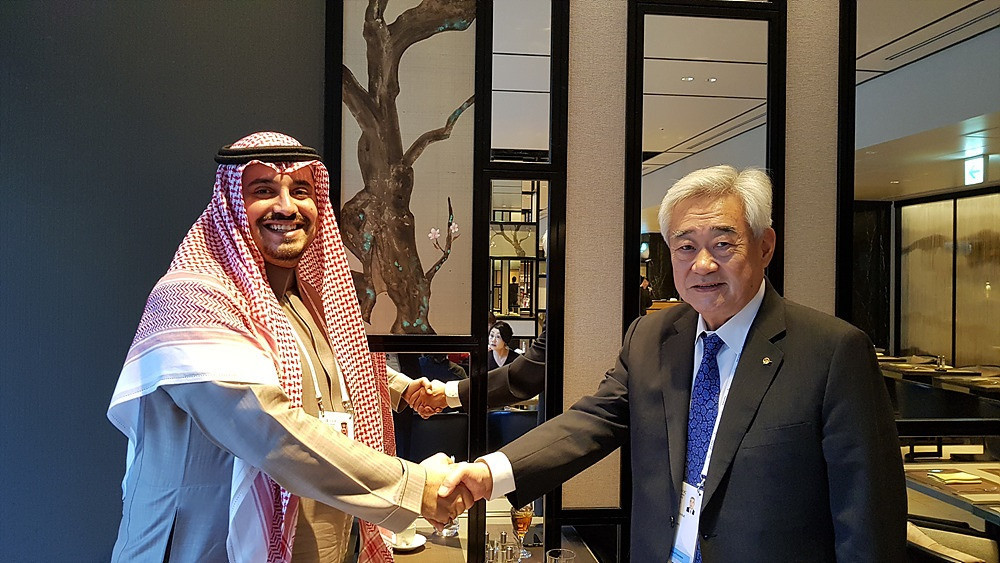 Saudi Arabia has been announced as the host of the inaugural Islamic Women's Taekwondo International Open Championships, which will be held in 2019.

The pair met at the Association of National Olympic Committees General Assembly here, where the decision was made.

Prince Fahad claimed the event would have a positive impact for women in the country and the wider region, while asserting that the sport is one of the fairest.

"Taekwondo is all about empowerment," he said.

"The development of women's taekwondo in Saudi Arabia will have a positive influence across the Middle East."

Dates of the Championship are yet to be confirmed, as well as the location for the inaugural competition.

Choue also expressed his support for the event, which World Taekwondo believe continues their efforts to promote the sport among Islamic women.

The governing body pointed to their measure of allowing women to wear the hijab under their headguards.