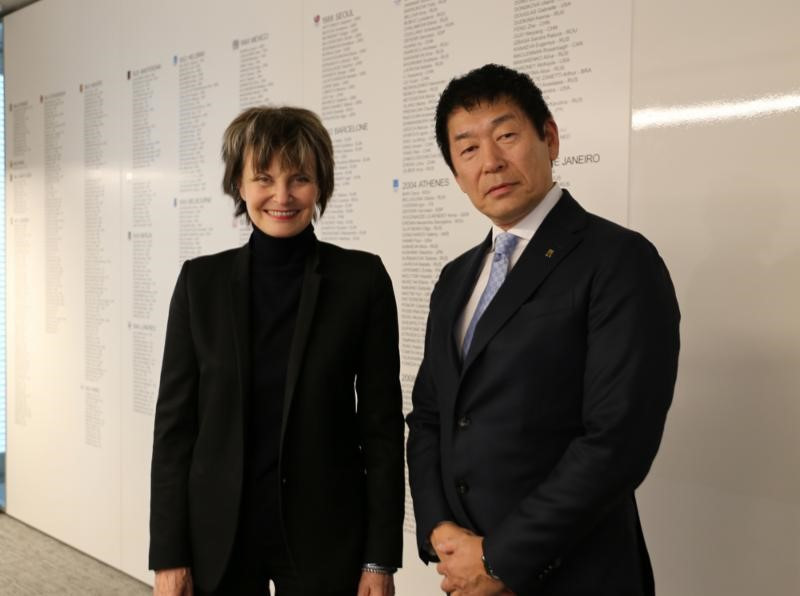 Former Swiss President Micheline Calmy-Rey has been confirmed as President of the Council of the Gymnastics Ethics Foundation as the new safeguarding panel's ruling body held its first meeting in Lausanne.

The Foundation, established in response to the USA Gymnastics sexual abuse scandal, was given formal approval by the International Gymnastics Federation (FIG) at its Congress in Baku in December.

It formally came into operation last month and the first meeting of the Council - which will serve as the Foundation's supreme body - took place in the Swiss city yesterday.

Former IOC director general and legal expert François Carrard has also been appointed to the Foundation's Council, along with FIG honorary vice-president Slava Corn and former gymnast Ivana Hong of the United States.

According to the FIG, Council members, who will serve four-year terms, mainly worked on the practical details regarding the Foundation at the first meeting.

It will have three sections - safeguarding, disciplinary and compliance - and will have responsibility for "monitoring the good governance and ethical principles of the FIG", "managing disciplinary procedures" and "safeguarding athletes and other participants in gymnastics from harassment and abuse".

FIG President Morinari Watanabe admitted the organisation "cannot rewrite history but we can learn from the past" in an opening address at the meeting.

"As the President of the FIG I promised the gymnasts that I would do all that I could to ensure their protection and to guarantee a safe environment," he said.

Calmy-Rey, who served as President of Switzerland from January to December 2011, conceded the Foundation's mission "is not an easy one".

"Together we have the necessary skills and experience to address and overcome these difficult challenges that we undoubtedly will encounter as we work to respond to the needs of victims of non-accidental violence as they come forward and speak out," she said.

"We must not solely act as a disciplinary body but rather become known to the sport's athletes and officials as a partner that is striving alongside them to strengthen the sport and seek justice for those who deserve it.

"The leadership of the FIG has had the vision to create a unique entity, which will not only need to help safeguarding in the sport of gymnastics but which will be also a valuable partner to the Federation in setting the standards needed to inspire a culture of good governance among its member federations."

The Foundation was set up following the sexual abuse scandal which rocked the sport in the United States and saw former USA Gymnastics team doctor Larry Nassar jailed for 175 years for abusing dozens of gymnasts under the guise of medical treatment.

More than 250 people have accused him of abuse, including American Olympic athletes such as Simone Biles and Aly Raisman.