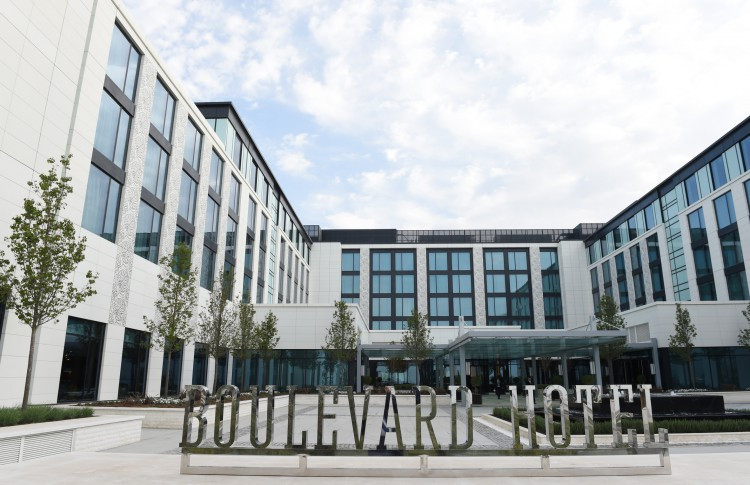 The International Gymnastics Federation (FIG) has revealed that "virtually every one" of its National Federations will be present in the Azerbaijan capital of Baku tomorrow for the start of a two-day Congress that will rule on the creation of a Gymnastics Ethics Foundation and - controversially - official recognition of parkour as an FIG discipline.

An FIG release describes the imminent 82nd Congress, due to take place at the Boulevard Hotel Baku tomorrow and Monday (December 3), as "a vital gathering in the democratic life of the FIG".

"Each of the affiliated federations has received the opportunity to send at least one delegate to the Azerbaijani capital, thanks to the FIG’s exceptional offer of providing one flight ticket and hotel room per federation," it said.

"It is a welcome opportunity for those federations with smaller resources to have their voices heard.

"Two years after Morinari Watanabe’s election as President at the Tokyo Congress in Japan, the General Assembly will be called to decide on the major flagship projects of his mandate, starting with the creation of a Gymnastics Ethics Foundation.

"In the wake of the abuse cases in the United States which so shocked the world of Gymnastics, the FIG, under the leadership of its President, undertook an in-depth review of its policies and rules and acted to reinforce its judicial tools in order to better prevent any new cases and to help the victims.”

The release adds: "The other big decision that the Congress must take concerns parkour.

"It was in spring 2017 that this urban sport was brought under the aegis of the FIG, which organised the first World Cup events which took place earlier this year in Hiroshima, Japan and Montpellier, France.

"For parkour to be officially recognised as an FIG discipline, the General Assembly must approve the necessary changes to the Federation’s statutes, as it previously did with trampoline and acrobatic gymnastics, the last disciplines welcomed into the FIG fold 20 years ago."

Last month, four members of the FIG Parkour Commission - established last year - confirmed they had quit the seven-strong group after raising concerns "that worry us for the future" of the discipline.

An open letter, signed by Ahmed Al-Breihi, Aleksandra Shevchenko, Estelle Piget and Kamil Tobiasz, accused FIG of ignoring the views of the parkour communities when conducting their venture into the sport and of "very little or no transparency" at how it has been implemented.

"Our parkour values are in incompatibility with this new project that will not preserve the essence of our parkour community," the four officials added.