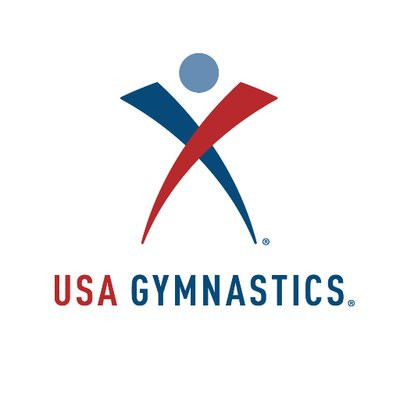 USA Gymnastics has filed for bankruptcy in a move which the embattled governing claims will enable it to "expeditiously resolve" the claims made by the survivors of sexual abuse perpetrated by former team doctor Larry Nassar.

It is also claimed the filing will allow USA Gymnastics to continue to support its athletes and to fully operate and meet its responsibilities to the entire membership.

In January, Nassar was found guilty of sexually abusing dozens of American gymnasts under the guise of medical treatment and is now serving up to 175 years in prison.

USA Gymnastics has filed a voluntary petition for protection under Chapter 11 of the Bankruptcy Code in the US Bankruptcy Court for the Southern District of Indiana.

"We owe it to the survivors to resolve, fully and finally, claims based on the horrific acts of the past and, through this process, seek to expedite resolution and help them move forward," Kathryn Carson, who was recently elected chair of the USA Gymnastics Board of Directors, said.

"Our sport is safer and stronger thanks to the bravery of these women.

"The Chapter 11 filing and the expedited resolution of these claims are critical first steps in rebuilding the community’s trust.

"At the same time, the filing will allow us to continue the important work of supporting our outstanding gymnasts at all levels, including the current and next generation of Olympic hopefuls.

"Since joining the Board last June, I have been inspired by the commitment of our members - the administrators, judges, coaches and club owners - who work daily to foster a safe, positive and encouraging environment where thousands of young people can learn gymnastics and life skills, compete and pursue their dreams.”

"We are moving forward with our plans to strengthen our organisation to further support the work of our members and gymnasts.

"We have made significant progress in implementing safety initiatives and are in the process of searching for a new chief executive who has the experience to build a leadership team that will restore confidence in USA Gymnastics, and set and execute a clear vision for a successful future."

This filing will enable USA Gymnastics to continue to support its athletes, to fully operate and meet its responsibilities to the entire membership and to expeditiously resolve the claims made by the survivors of sexual abuse perpetrated by Larry Nassar.

In a USA Gymnastics statement, it is said that survivors’ claims against the governing body are covered by insurance previously purchased, and the amount of available insurance proceeds available is not affected by the Chapter 11 filing.

Apart from these insurance proceeds, USA Gymnastics has no other significant assets that could be used to pay claims, the statement adds.

USA Gymnastics says it believes that the Bankruptcy Court is the best forum in which to implement appropriate procedures to equitably determine and allocate the insurance proceeds among claimants, allowing compensation to survivors to proceed more quickly than litigation filed in multiple courts around the country.

"By staying all pending actions against USA Gymnastics, the Chapter 11 filing also allows USA Gymnastics to work with the United States Olympic Committee (USOC) to determine the best path forward for the sport of gymnastics," Carson adds.

"We look forward to future conversations with the USOC to demonstrate our commitment at all levels to strengthening the organisation and making gymnastics the best it can be for athletes at all levels.

"USA Gymnastics will continue with its day-to-day operations of directing and managing the sport’s business and implementing initiatives that put the safety and well-being of the athletes at the forefront.

"All of us have the same goal of making meaningful changes for the benefit of our athletes and all members.

"While considerable change has been made, substantial work still remains.

"We will continue to prioritise athletes’ safety and well-being and acting in the best interests of the greater gymnastics community."

John Manly, an attorney representing dozens of women who have pending lawsuits against USA Gymnastics, described the bankruptcy filing as "the inevitable result of the inability of this organisation to meet its core responsibility of protecting its athlete members from abuse".

"The leadership of USA Gymnastics has proven itself to be both morally and financially bankrupt," he added in a statement.

Last month, USA Gymnastics claimed it is seeking answers to questions sent to the USOC as Karen Golz, who Carson replaced as Board of Directors chair, admitted the actions taken by the body are "unsettling and upsetting".

In an open letter to the organisation's membership, Golz provided an update after the USOC announced it had started the process of revoking USA Gymnastics’ status earlier in November.

Golz also insisted USA Gymnastics has not voluntarily given up its status as the sport’s national governing body.

She stressed that day-to-day operations would continue as normal, such as all existing competitions, services and memberships but the organisation was discussing how to move forward.

The Board of Directors met across two days to discuss possible avenues for USA Gymnastics to explore in order to remain the national governing body of the sport.

The USOC’s decision could lead to the International Gymnastics Federation also revoking USA Gymnastics’ membership of their organisation.

The letter also states the organisation’s commitment to find a permanent chief executive after the resignations of Kerry Perry and Mary Bono.

USA Gymnastics is working to finalise the job specification for candidates but said it has already had potential interest.

Approximately 250 stakeholders were contacted in October to collect feedback on what members wanted from the new chief executive.

One of the top priorities for members was the safeguarding of athletes.