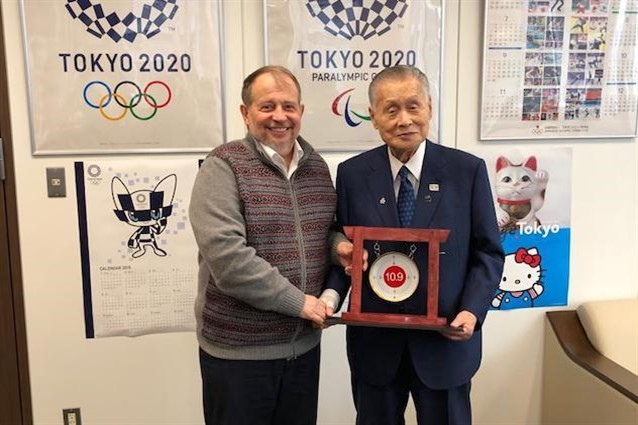 The International Shooting Sport Federation (ISSF) have revealed several proposals have been put forward to help reduce costs for Tokyo 2020 in holding the sport.

The governing body announced the proposals were discussed with Tokyo 2020 as ISSF President Vladimir Lisin made an official visit to the Japanese capital city to check preparations for the Olympic Games.

The Russian was making the visit for the first time in the role, having been elected as ISSF President back in November.

Proposals to help reduce the cost of construction of shooting facilities and the test event for the Games were suggested, the ISSF revealed.

A test event for shooting is currently expected to take place in April, although this is yet to be officially confirmed by Tokyo 2020.

The event will take place at the Asaka Shooting Range.

The ISSF assert the proposals were part of the ongoing efforts to help reduce the costs of Tokyo 2020, a constant topic in the build-up to the Games.

A delegation from the governing body met with Tokyo 2020’s sport department, including its director Koji Murofushi, where transportation, venue management and accommodation were reportedly among the key topics of discussion.

Procurement and sport presentation were also areas explored during the meeting.

The ISSF claim their delegation highlighted best practice methods to help with the planning of the sport at the Games and agreed to work jointly with organisers to achieve the desired result.

An increased collaboration between Olympic Games organisers and International Federations has been heavily encouraged by the International Olympic Committee.

It has been hoped the shared expertise would help to reduce the cost of staging the Olympic Games.

The ISSF claimed they had enjoyed a positive outcome from their visit, which was reportedly confirmed by a meeting with Tokyo 2020 President Yoshirō Mori.