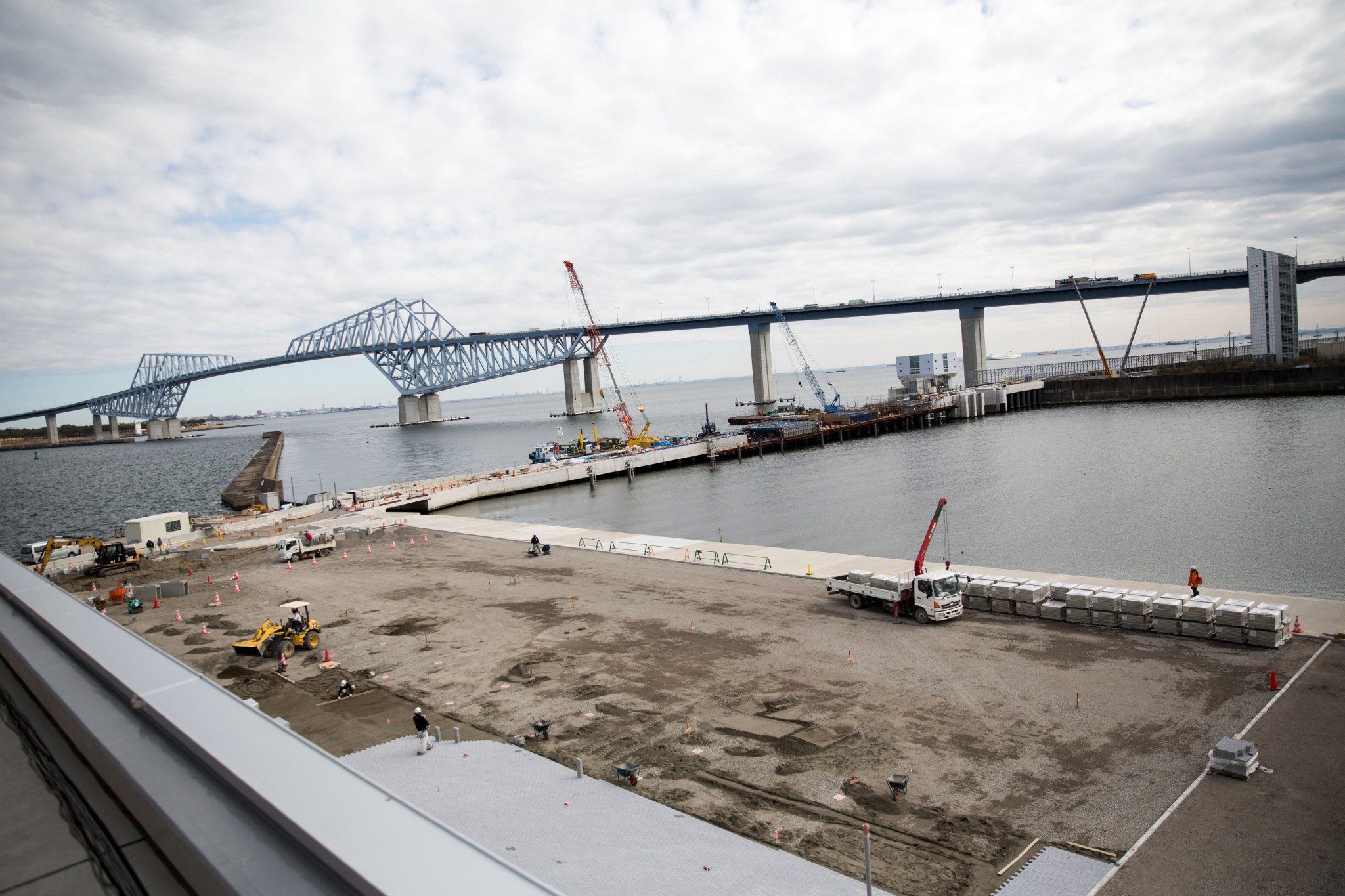 Organisers of the 2020 Olympic and Paralympic Games in Tokyo have claimed construction at all venues due to be used is on track and will be finished in time for test events later this year.

Building progress at all of the competition facilities being built for the Games is listed as being "on track" in an update released by Tokyo 2020 today.

The Olympic Stadium, due to stage the Opening and Closing Ceremonies as well as athletics and football matches, is 60 per cent complete.

The venue, which was the subject of embarrassment for organisers in 2015 when Prime Minister Shinzō Abe scrapped the initial project owing to spiralling costs, is scheduled to be finished in November.

Tokyo 2020 also said the Aquatics Centre, which reportedly fell behind schedule last year, was on course for completion in February 2020 and was currently 55 per cent ready.

Sea Forest Waterway, set to hold a rowing test event in August, is 77 per cent ready, while wheelchair basketball and volleyball venue the Ariake Arena is 51 per cent completed.

The tennis venue was among the main concerns for Tokyo 2020 last year after the contractor responsible for the renovation of the facility went bankrupt.

The Tokyo Metropolitan Government has since hired a replacement to work on the construction of the 17 courts and make sure they are ready in time for the Games.

Yumenoshima Park Archery Field and the Olympic and Paralympic Village have achieved more than 70 per cent of completion, organisers said.

The Ariake Gymnastics Centre is 62 per cent finished and is scheduled to be ready in October.

The Oi Hockey Stadium has the lowest completion rate of the 10 venues and facilities being built for the event as it is less than 50 per cent finished.

Tokyo 2020 also confirmed the completion date of a section of the Canoe Slalom Centre had been pushed back but claimed the postponement would have no affect on the construction schedule.

"Each arena is preparing for the test events scheduled for around summer and construction is proceeding smoothly,” Tomohiro Terasawa, venue director for the Ariake Arena, told Reuters.

"We’re working hard to ensure everything is on time."

Tokyo 2020 has not been plagued by concerns over readiness of venues on the same level as previous Olympic Games host cities.

But avoiding rising costs remains the biggest challenge for the Organising Committee amid continued fears of overspending on projects related to the Games.