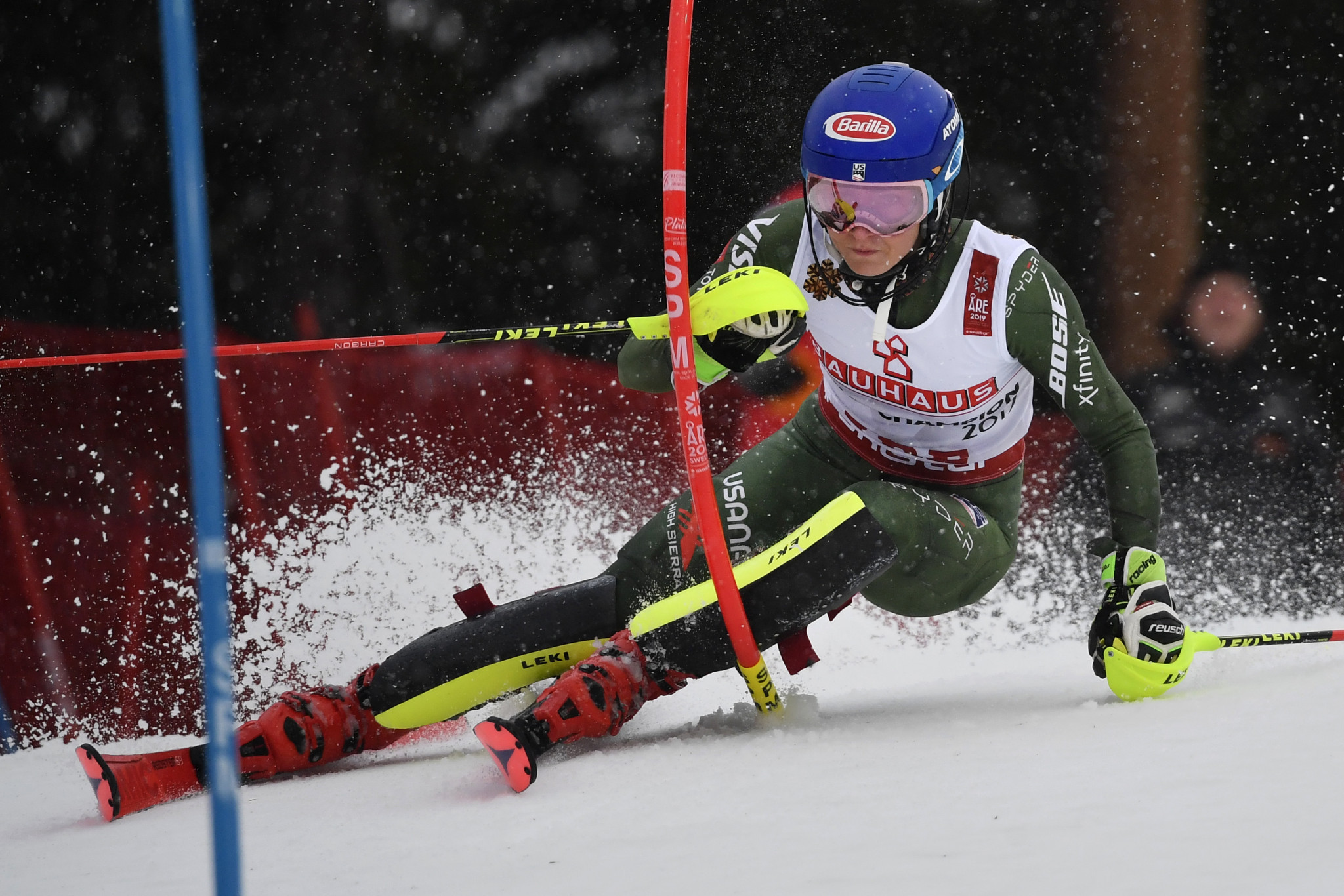 The American was the clear favourite heading into the final women’s competition of the Championships having dominated the World Cup season in the discipline.

Shiffrin, a two-time Olympic gold medallist, was hoping to add to her slalom success at the 2013, 2015 and 2017 editions of the Championships.

She found herself in second place at the halfway stage of the competition having clocked 57.23sec in her first run.

The standings were led by Anna Swenn Larsson on 57.19, with the Swedish skier giving the home crowd cause for optimism.

Shiffrin, who missed out on gold in the giant slalom, was not to be denied again.

The American finished her second run in a time of 59.82 and proved the only skier to dip under the one minute mark.

Her combined time of 1min 57.05sec was enough to claim her second gold medal of the Championships, adding to her victory in the super-G event.

Larsson dropped back into second place with the home favourite taking the silver medal in 1:57.63, ending 0.58 seconds adrift of the winner.

Giant slalom champion Petra Vlhová completed the podium places, with the Slovakian achieving a time of 1:58.08 from her two runs.

The World Championships are due to conclude tomorrow with the men’s slalom competition.

Austria’s Marcel Hirscher will be aiming to claim a record-equalling seventh world gold medal as he seeks to retain his slalom crown.