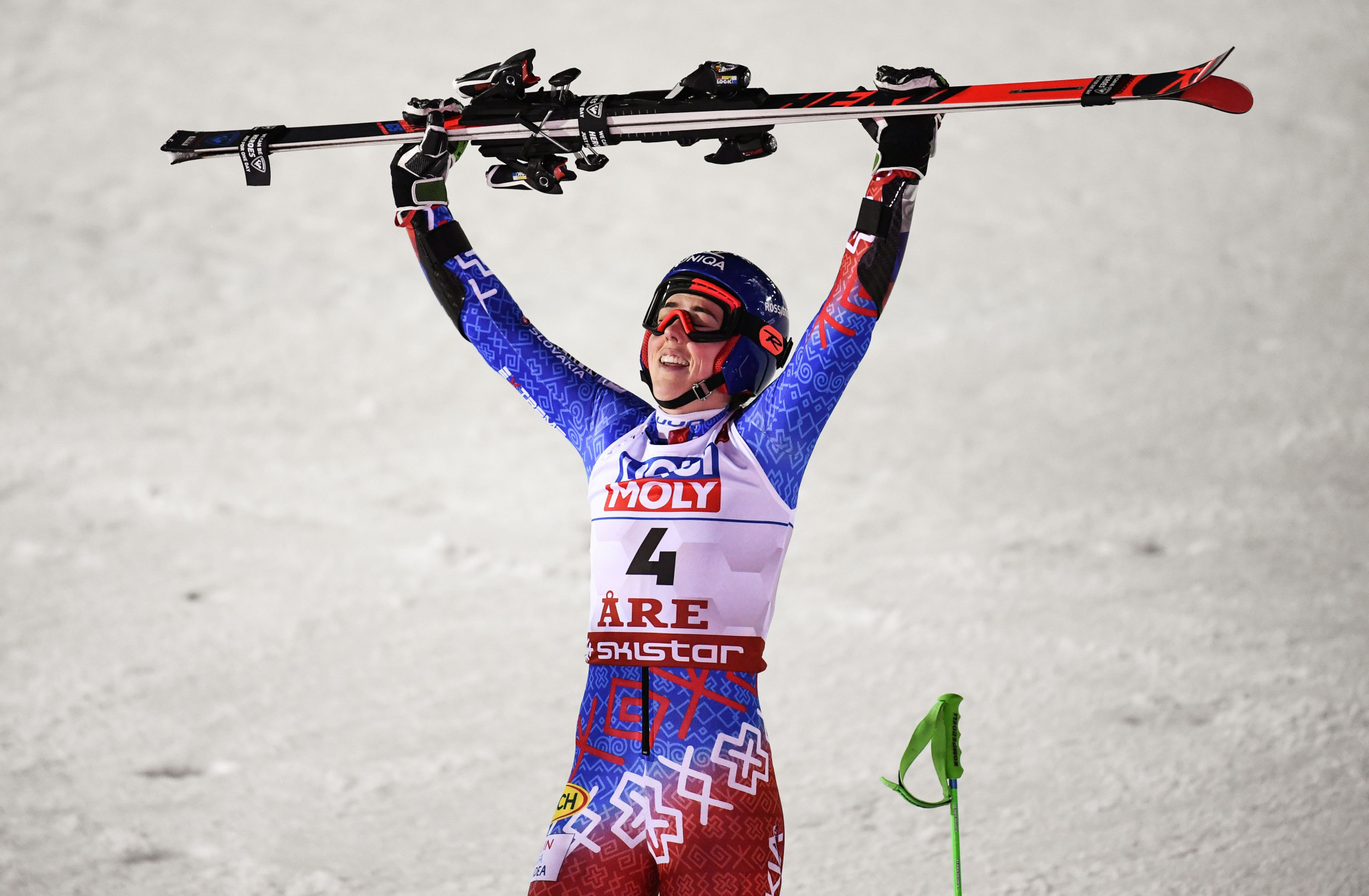 In very windy conditions which saw the start of the second run delayed, the 23-year-old triumphed in 2min 1.97sec to finish ahead of a field including American Olympic champion Mikaela Shiffrin.

The US star, widely considered the world's best Alpine skier, could only finish third in 2:02.35 after a relatively poor first run initially placed her fourth.

Vlhova's victory sees her claim her second medal of the Championships, having won silver in the Alpine combined event last Friday (February 8).

Germany's Viktoria Rebensburg, who won Olympic giant slalom gold at Vancouver 2010, had to settle for silver in a dramatic finale where it initially appeared the 29-year-old was certain to win.

Going after Vlhova having set the fastest time in the first run, the German, who has won World Championship silver once before in 2015, had a lead of nearly half a second over the Slovakian at the final checkpoint.

Her lead was so significant it was suggested in commentary that the former Olympic champion merely had to stay on her feet to win, but instead she managed to lose her lead right at the end, eventually finishing behind Vlhova by just 0.14 seconds.

Amid difficult conditions the Olympic downhill champion Sofia Goggia was among several athletes to crash out.