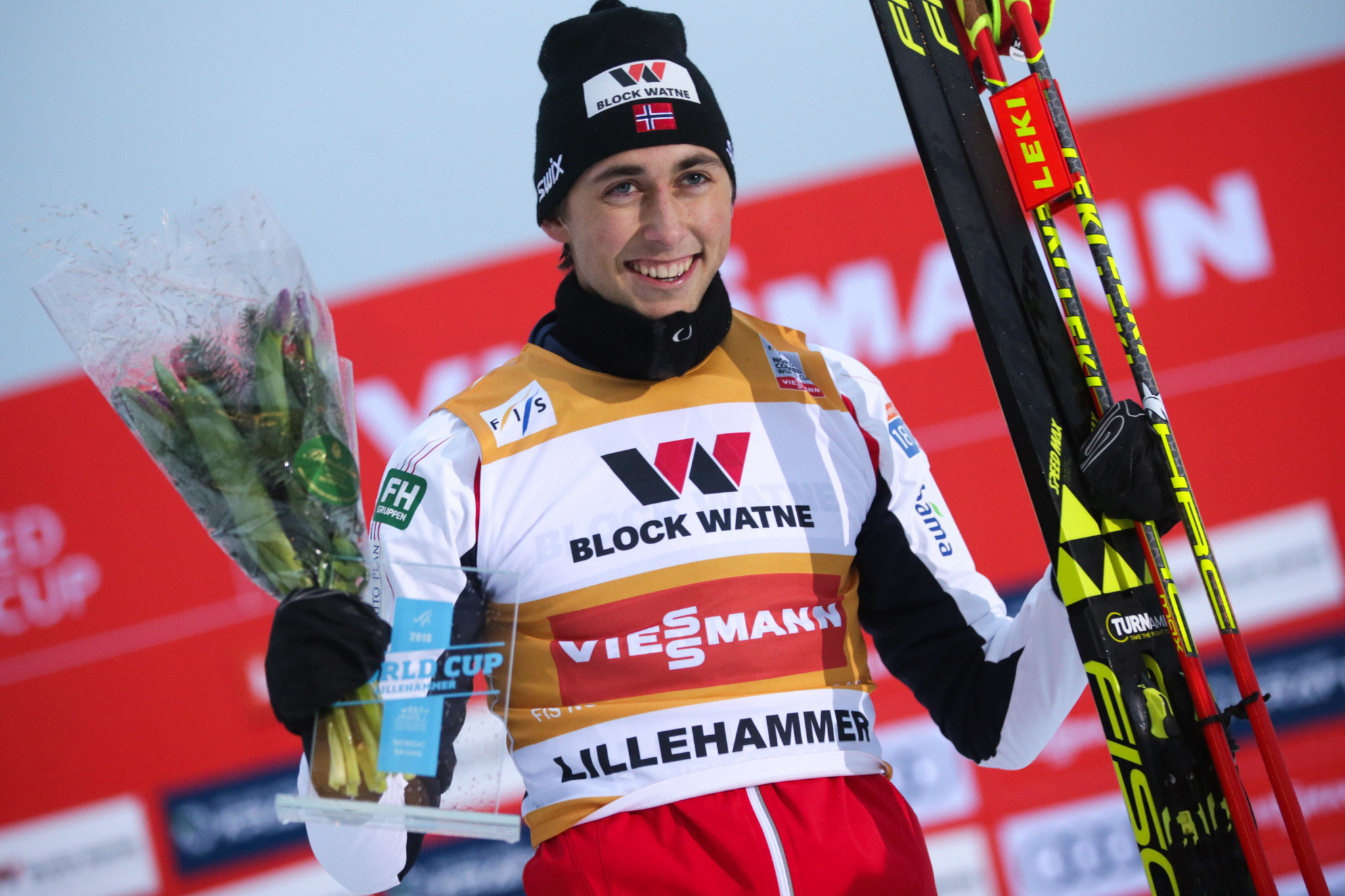 Norway's Jarl Magnus Riiber extended his unbeaten run on the International Ski Federation Nordic Combined World Cup circuit to four as he won a Gundersen for the second time in two days in Klingenthal.

Having triumphed in yesterday’s race by just a centimetre, the 21-year-old won once again by a comparatively comfortable half a second to seal the overall World Cup title with three events still to come.

He completed the 10 kilometres cross-country race in 28min 42.3sec ahead of Finland’s Ilka Herola, while Germany’s Fabian Riessle came third in 28:43.00.

It means Riiber now leads the World Cup standings by 497 points with only 400 still available.

In windy and snowy conditions jumping was not possible, meaning Friday’s (February 1) provisional competition jumps were used instead.

Based on those jumps, Germany’s Manuel Faißt started the cross-country in first place having leapt 135 metres two days ago.

Riiber had managed 130m, meaning he started in fourth 15 seconds behind, while Germany’s Johannes Rydzek, second in the overall standings, had only managed a jump of 114m.

That meant he would have started over two minutes behind and he chose not to take part.

After the first lap, Riiber had already closed the gap on the leaders Faißt, plus Franz-Josef Rehrl and Willi Denifl from Austria, and for the next few circuits the four stuck together to conserve energy.

As the tough conditions saw several athletes fall by the wayside, the leading group remained on their skis and, after three kilometres, Fabian Riessle had also joined the top group.

It remained close right up until the last turn when Riiber flew past Herola, who by that point was leading, to take the win.

With the fight for the overall title now over, the next World Cup meeting is due to take place in Lahti in Finland starting on Friday (February 8).