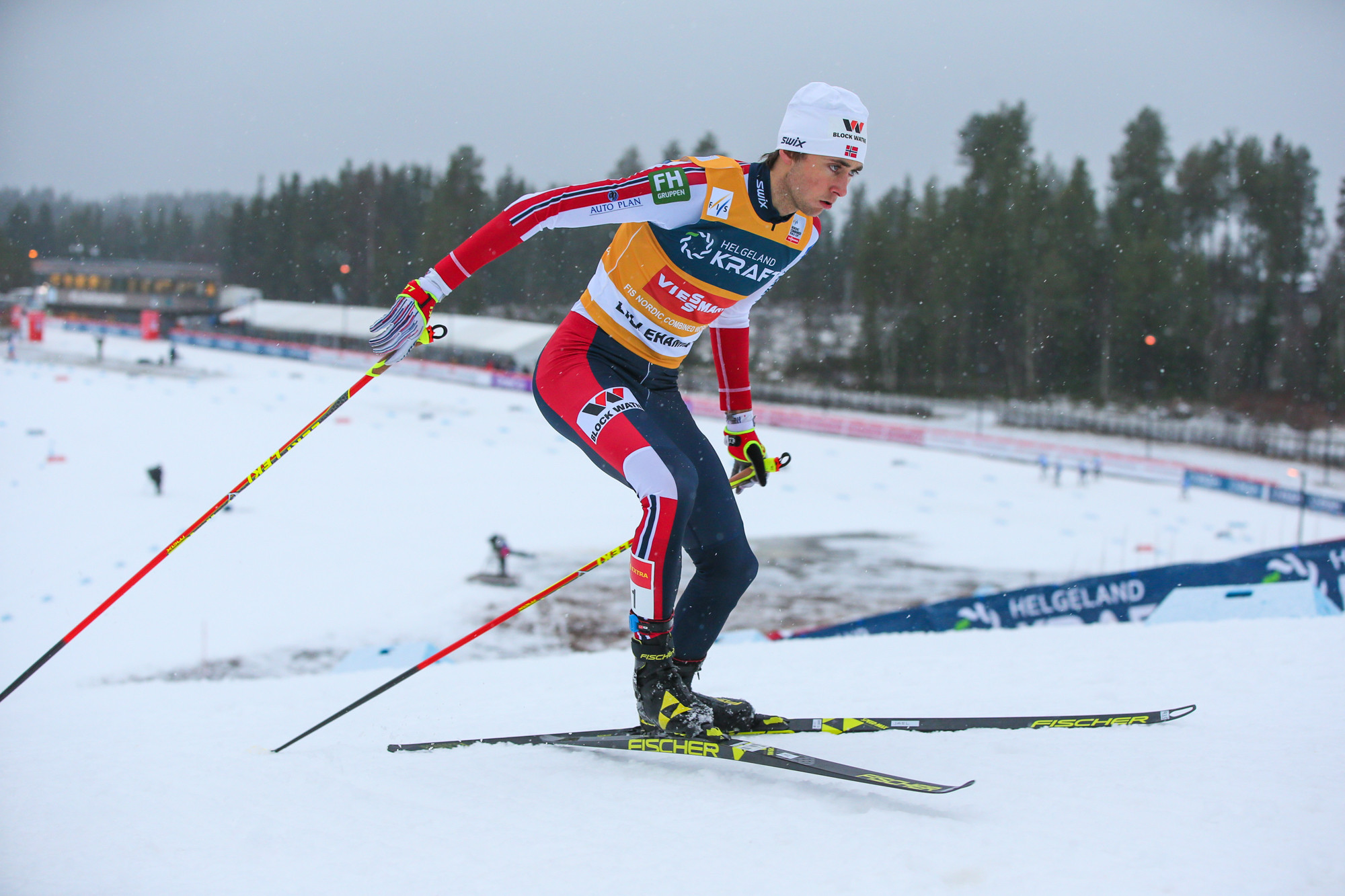 With the Norwegian World Cup leader and Germany’s 21-year-old crossing the line in identical times of 25min 51.8sec, a photo-finish was needed to separate the top two.

Another German Johannes Rydzek finished third, crossing the line 1.7 seconds behind in the Gundersen event.

After leaping out to a distance of 138 metres in the ski jumping, it was Austria's newly crowned world junior champion Johannes Lamparter who started the cross-country race in first, five seconds ahead of his team-mate Franz-Josef Rehrl, who jumped 134m in the German resort.

The eventual winner Riiber started the cross country race in fourth place, 27 seconds back having jumped 133m, while Geiger started in seventh.

For the first three kilometres Rehrl and Lamparter exchanged the lead, by which point Riiber had closed the gap to the front.

Geiger then joined the top group shortly after the 5km halfway mark as the pace slowed, allowing others to catch up as no one wanted to lead.

Geiger eventually attacked on the last uphill, with Riiber able to follow and better exploit the downhill to move ahead.

Entering the final stretch Riiber, who like Geiger is 21, was ahead, but Geiger almost caught up once again on the sprint, missing out on the win by a mere centimetre.

For Riiber the win marked his ninth of the season on the World Cup season and sees him move further ahead in the overall standings on 1,158 points.

Rydzek, winner of the bronze medal today, is second overall on 761 points.

A second Gundersen race is due to go ahead in Klingenthal tomorrow before the circuit moves to Lahti in Finland.